Ukraine's Shaky Ceasefire: Will It Hold? 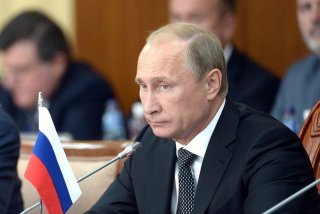 Whether the ceasefire reached in Minsk between the Ukrainian government and the representatives of the two self-proclaimed “people’s republics” of Donetsk and Lugansk in southeastern Ukraine holds or falls by the wayside (as did previous attempts to end the fighting), the agreement—produced under the auspices of the Trilateral Contact Group (Ukraine-OSCE-Russia)—represented a major setback for the government in Kyiv. President Petro Poroshenko, although apparently amenable to proposals to codify the status of the Russian language in the east and to give the regions greater autonomy, was resolute in his determination not to have to extend any sort of recognition—even de facto—to the separatist entities as legitimate interlocutors. Trusting in Western assurances that the pressure of sanctions would be sufficient to dissuade the Russians from further actions in support of the separatists and that more substantial aid to his country would be forthcoming, Poroshenko and Prime Minister Arseniy Yatsenyuk gambled that one last decisive military push would break the back of the rebellion and reassert Kyiv’s authority in the eastern regions. From this position of strength, they assumed, talks on the future structure of the Ukrainian state and the regularization of Russian-Ukrainian relations could take place.

Poroshenko’s gamble, however, ran up against Russian president Vladimir Putin’s own set of geopolitical calculations. In order to keep the “people’s republics” intact as credible forces, Russia has been willing to absorb increasing amounts of economic pain and has been prepared to jeopardize its partnerships with France and Germany to send—or at least allow—support across the border. Significantly, as it appeared that both the Donetsk and Lugansk entities were on the ropes this past month, Russia let the mask of plausible deniability slip in order to change the balance of forces on the ground.

Yet the ceasefire agreement does not contain any radically new or different proposals that those that were initially unveiled in April and in June and had been advocated, in particular, by some of the European intermediaries trying to broker an end to the conflict—an end to military operations, joint patrols of the border, the start of a political dialogue. The sticking point, however, was always the status of the two self-proclaimed entities. For months, Kyiv was searching for a way to find credible representatives for dialogue that were not associated with the separatists—and has been willing to take significant losses in terms of its military capability, its economic potential (given that these regions have formed the backbone of the country’s industrial capacity) and even the loyalty of the residents whose lives have been negatively impacted by the government’s “anti-terrorist operation” in order to avoid sitting down with the “people’s republics.” In turn, Moscow has risked much—including its ambitious plans for further development of its oil and gas sectors which may now be placed on indefinite hold, depending on further Western sanctions—in order to preserve those “people’s republics” and compel Kyiv to negotiate with them.

This reality, therefore, is the Achilles heel of the ceasefire. For the Ukrainian side, the ceasefire is the moment that the concrete starts to dry and the two separatist republics can gain the breathing room to start to institutionalize themselves and to take on the trappings of “real” governments. A long, drawn-out negotiation increases the probability that Ukraine, like Georgia, will acquire its own set of “frozen conflicts” that will preclude closer association with both the EU and NATO, while any settlement that institutionalizes these republics—a confederation or commonwealth—would most likely have many of the same provisos that the Bosnian constitution has—requiring agreement from all state entities to proceed with any major domestic or foreign policy. And even if the Ukrainian government is prepared to reluctantly abide by the ceasefire, some of the militia groups loyal to oligarchs and specific political factions, rather than to the president—also aware that the opportunity to restore Ukraine’s territorial integrity will slip away—may decide to press on with the fight against their separatist foes.

From the separatist side, however, the conditions of the ceasefire are also less than advantageous. Despite their gains in recent days, the separatists do not control significant portions of the territory of both the Donetsk and Lugansk oblasts. In strategic terms, the separatists still do not control the vital port of Mariupol, nor are they in any position to establish the “land bridge” that would connect Russia proper to Crimea and the rest of Russophone Ukraine. Some separatists are worried the ceasefire only gives the Ukrainian government breathing space to prepare at a future point for a new military campaign. There is also a political consideration. With the discrediting of the “Party of Regions” and the effective ban on the Ukrainian Communist Party, the southeast, at present, lost its cadres of political leaders in the central government. The “people’s republics” claimed to fill this vacuum. If, however, under conditions of a lasting ceasefire, the October elections for the Rada will return representatives from these regions—at least those parts not under separatist control—and from other parts of southeast Ukraine. The Poroshenko administration will then have the option of shifting any political dialogue on the future status of southeast Ukraine away from the emissaries of the separatist entities in favor of Ukrainian Rada representatives who will have the legitimation of direct election.

The final question is who will get the blame for the failure of this ceasefire? As violations were reported on both Saturday and Sunday, both the separatist forces and the Ukrainian military stressed their own strict adherence to its provisions and blamed the other for restarting hostilities. Neither side (and Russia beyond it) may be all that committed to its longevity if both sides feel that there are gains to be made by the sword rather than lost at the negotiating table. If the ceasefire does not delay or suspend the imposition of new European sanctions, Russia may decide that there is no utility in further peace overtures and give the green light for the separatists to resume their campaign. The Ukrainian government might take solace that a collapse of the peace process will compel the West to live up to reputed promises to provide more substantial amounts of economic aid, as well as advanced weaponry and intelligence support.

The reality is that neither Ukraine, nor Russia, nor the separatists in the southeast have reached that critical moment where losses have become so intolerable that diplomatic compromises become palatable. The ceasefire may collapse—or it may limp along—but peace still seems a long way off.

Nikolas K. Gvosdev, a contributing editor at The National Interest, is a visiting professor in international relations at Brown University and co-author of Russian Foreign Policy: Interests, Vectors and Sectors (CQ Press, 2013).