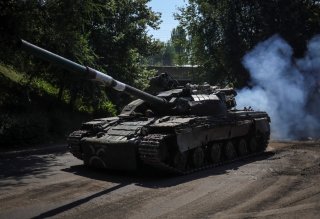 This consensus—deeply rooted in Russian history and carefully nurtured through official propaganda—carries implications for Ukraine’s well-advertised counteroffensive and Russia’s likely response. New, modern American and European long-range missile and artillery systems have demonstrated their effectiveness in combat, but as the Ukrainians themselves acknowledge, the country needs many hundreds more of them (rather than a few dozen as today) to have any decisive impact on the outcome of the war. But there is more. With full U.S. support, the Ukrainian government now suggests using these powerful new weapons not only to rebuff the Russian offensive—retaking territories in the Donbass and southern Ukraine occupied after Russia’s invasion on February 24—but to reclaim Crimea from Russia. Such an effort would likely include using newly provided, high-powered, long-range American weapons to destroy the Crimean Bridge and, as is already occurring, hamper Russia’s ability to channel water from the Dnieper River to Crimea, a crucial supply blocked by Ukraine in 2014 and restored this year thanks to Russia’s current offensive. It would be a mistake to assume that, because Russia took Crimea only in 2014, both the Russian government and the Russian people alike would not consider an attack on it—made possible by U.S. and Western assistance—as anything other than an attack on Russia itself. With such patriotic sentiments in mind, Moscow’s attitude to such an attack would, in all likelihood, preclude a negotiated settlement, which many Russians would view as capitulation. Instead, it would respond with the huge remaining resources of the Russian Federation, which, to maintain domestic support, still treats the war as a limited “special operation” rather than an all-out “patriotic war.”

The idea shared throughout the Biden administration that we should be prepared to accept a protracted, Korean-style conflict—one that could last for years if not decades—while attempting to isolate and weaken Russia amounts to a dangerous gamble. The Korean Peninsula has a clearly defined, relatively narrow dividing line that separates the two antagonists. In the case of Russia and Ukraine, the dividing line would stretch thousands of miles. There would also be a number of Central and East European states—particularly Poland and the Baltic states—with their own strong grievances against Russia. To suggest that this explosive mix can be safely managed indefinitely seems overly optimistic. A more profitable course would be to pursue a negotiated settlement, one not necessarily attainable right away, but certainly in a matter of months rather than years.

The United States and its allies have apparently concluded that no outside party should instruct the Ukrainian government on the positions to take at the negotiating table, particularly over which territory, if any, to surrender. At the same time, it would be a dereliction of U.S. sovereignty to allow a foreign government a de facto level of control over U.S. support in a confrontation with another nuclear power, hoping against hope that if push comes to shove, America will treat Ukraine as a NATO ally entitled to automatic U.S. military support. While National Security Adviser Jake Sullivan has emphasized that America has sympathy for the Ukrainian desire to have more weapons and to be able to conduct more effective military operations, the ultimate decision over what America provides—and for what purposes—must be made in Washington, not Kyiv.