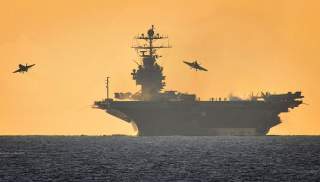 Last month’s much-awaited ruling in Philippines v. China rekindled a longstanding debate among foreign-policy experts and elected officials over the implications of the Senate’s decades-long refusal to ratify the United Nations Convention on the Law of the Sea (UNCLOS). But rather than focus on China’s blatant disregard for its international legal obligations, some have highlighted that the United States’ absence from UNCLOS allows China “to deflect U.S. criticism and highlight Washington’s hypocrisy,” as East Asia expert Ali Wyne put it. Even President Obama has endorsed such a view, stating, “If we’re truly concerned about China’s actions in the South China Sea . . . the Senate should help strengthen our case by approving the Law of the Sea Convention.”

While there are many reasons the United States should ratify UNCLOS—which we strongly support—gaining an advantage in the South China Sea is not one of them.

First, while the United States has a strong interest in peaceful resolution of competing territorial claims in the South China Sea, it is not itself a claimant, and thus UNCLOS would provide no additional tools for the United States to use in addressing disputes in the South China Sea. While U.S. ratification of UNCLOS would allow U.S. nationals to serve on arbitration panels, such representatives are expected to exercise independent reasoning and do not take instructions from member governments.

If anything, the presence of an American on the panel would have played to the suspicions of hardliners in China who view international legal regimes as a vehicle for advancing U.S. interests. If this sounds farfetched, consider that the Chinese ambassador to ASEAN recently accused Washington of “staying behind the arbitration case as the manipulator, and doing whatever it can to ensure that the Philippines wins the case.”

Second, the only thing that the United States would achieve by joining UNCLOS—at least from the perspective of modifying Chinese behavior—would be to deprive Beijing of its talking point that U.S. exhortations to claimant states to comply with UNCLOS amount to “hypocrisy.” Deprived of this talking point, there’s no reason to believe that Beijing would submit to the tribunal’s authority. Although U.S. ratification of UNCLOS would be a boost to the prestige of the convention, Beijing has evidently made a calculated judgment that defending its perceived sovereignty and the strategic value of physical control of large stretches of the South China Sea outweighs whatever reputational damage it suffers as a result of flouting the tribunal’s decision.

Third, there is nothing hypocritical about the United States calling on members of the international community to respect the legal commitments to which they have voluntarily pledged. The principle of adherence to rule of law is distinct from participation in specific legal regimes. Moreover, the United States has been clear that its overriding interest in the South China Sea is peaceful resolution of disputes, something UNCLOS can facilitate if all parties agree to comply with its requirements.

There are many reasons why ratification of UNCLOS serves U.S. interests—not least of which, the convention would allow the United States to make claims on the arctic seabed beyond its current exclusive economic zone. Perhaps most importantly, as Sen. Ben Cardin recently pointed out, ratification of UNCLOS would help the United States continue to “build a world of rules, law, and order.”

None of these benefits changes the fact that Senate ratification of the treaty will result only in a slight modification to Chinese rhetoric, and no change in Chinese policy. While Washington and most Southeast Asian nations would like to see tensions in the South China Sea resolved through application of shared rules and norms, Beijing has shown its determination to settle the matter through power politics. To be sure, the United States must continue to show that international law is the way to peacefully resolve these disputes—but the United States joining UNCLOS will not have a tangible impact on that effort.