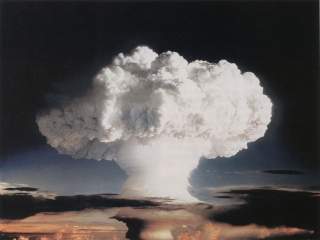 Talks over Iran’s nuclear future have run into the challenging obstacle of Tehran’s nuclear past. It is impossible and unwise to overlook Iran’s twenty-year history of alleged nuclear cheating that includes clandestine efforts to develop nuclear weapon components and deliver weapons by ballistic missile. While uncovering the truth about Iran’s nuclear past is vital, some areas of its past are far more critical than others if the goal is preventing Iran from building a bomb in the future. In fact, seeking to uncover and publicly disclose every last part of the military dimensions of Iran previous nuclear work may undermine current negotiation efforts. Policy makers in the United States must decide if they are willing to put at risk a deal that restrains Iran’s nuclear future in order to pursue a complete public accounting of Iran’s nuclear past.

In 2011, the director general of the International Atomic Energy Agency (IAEA)—the UN’s nuclear watchdog— published a report detailing Iran’s suspected weapons-related work. Iran has yet to provide adequate answers to most of these questions, in part because it continues to publicly deny it ever pursued nuclear weapons. This, in the minds of officials, experts and long-time observers is proof that Iran harbors long-term nuclear weapon ambitions and cannot be trusted to implement any new agreement. To others, it seems Iran has painted itself into a corner, and fears risking additional sanctions and pressure, or even political humiliation at home.

Fortunately, not all aspects of Iran’s past work are relevant to whether they can build a nuclear weapon in the future. It would be useful for the IAEA to focus on those parts of the nuclear file pertinent to Iran’s ability to rapidly build a nuclear weapon in the future. While this may leave some questions unanswered, it may unlock the door to an agreement that both sides appear ready to make.

There are areas of Iran’s past nuclear work that are sensitive enough to risk a future deal over. Of these, Iran’s work to produce nuclear components and test them are paramount, as are any nuclear weapon designs they may have developed. Likewise, knowing who was involved in key nuclear research, and providing some way of monitoring them in the future to ensure they do not return to weapons-related research will be essential. Lastly, being able to track and monitor Iran’s illegal procurement network, in conjunction with a robust inspection regime inside Iran, will be important for making sure Iran does not develop new clandestine facilities in the future.

But some areas are less critical and could even be used as negotiating chips to be traded away for progress in other arenas. The experts advising the U.S. government and the IAEA can and have determined what information must be uncovered and eliminated to hinder Iran’s nuclear future, but also to determine what areas are not useful in doing so. This does not mean Iran should be let off the hook for its nuclear past, however. It is essential that in private, the IAEA is able to obtain information about the key parts of Iran’s past needed to quickly identify any future effort to recreate its nuclear weapons work.

To be sure, there are risks in this approach. On paper, it would be more satisfying if Iran’s leaders were forced to publicly acknowledge their systematic violations of the nonproliferation regime for decades. But obtaining such an admission is almost as unrealistic as Iran eliminating all of its nuclear facilities. Regardless, a deal that restricts Iran’s nuclear potential and uncovers key aspects of its nuclear past is much better than the current state of affairs, or those likely to develop should the negotiations fail.

Fortunately, there are models here to follow if Iran is prepared to be truly open and answer the legitimate inquiries of the IAEA. South Africa’s nuclear weapons program was wrapped up and accounted for by the IAEA without full public disclosure. Investigations into South Korea’s past nuclear transgressions have been handled very privately without resort to UN Security Council Resolutions.

Preventing a nuclear Iran may not require uncovering every last piece of Iran’s nuclear past, or publicly admitting all its previous actions. In the end, it would be wise to focus on the achievable goal of constraining Iran’s nuclear production and target those few elements of its past nuclear work that really matter.

Jon Wolfsthal is Deputy Director of the James Martin Center for Nonproliferation Studies and previously served as the Special Advisor to Vice President Joseph R. Biden for nuclear security and nonproliferation .