The Unexpected Consequences of the Russian Invasion of Ukraine 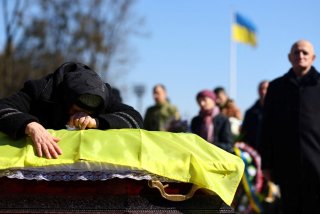 Russia’s invasion of Ukraine has not only caused a humanitarian disaster by killing thousands, displacing millions, wrecking cities, and bringing war to Europe, but it has also unleashed many unexpected demons. Two consequences that are evident to all are the West’s unprecedented unity and overwhelming response, and the sudden realization that not only NATO’s existence but its expansion eastward since 1999 is justifiable given Russia’s military adventurism since 2008. These developments are already receiving much attention.

However, there are other significant consequences that will have a long-term impact on global geopolitics, international cooperation, and East-West relations which are not receiving the attention they deserve, perhaps out of fear that acknowledging them might weaken this moment of Western unity. I want to enumerate them in the hope of triggering a much-needed discussion about these issues.

But first let me make a point or two about International Relations (IR) theories and the Russian invasion without delving into too much detail since other commentators have already examined which theories best explain Russia’s invasion. Most of the dominant explanations of why this war is happening are relying on either constructivism or on psychology. Constructivists are arguing that the Russian president Vladimir Putin has a vision of a Russian imperium that sees both Russians and Ukrainians as members of the same ethnoreligious civilization—ethnically Slav and religiously Christian orthodox—described as Ruskiiy Mir (literally Russian World). Putin’s worldview to a great extent is shaped by this idea. The goal of this invasion is to materialize that imagined identity into reality. Ukraine’s integration into the West (European Union and NATO) would divorce it from the Russian civilizational ambit. Russian invasion is, therefore, in defense of this shared civilization.

The Biden administration and its allies have floated the theory that Putin has gone insane partly from frustration and partly from pandemic-related isolation. This invasion is indicative that he has lost his grip on reason and reality. But this is unpersuasive. For if Putin is indeed a mad man in possession of nuclear weapons, then why is the West provoking him with daily actions that seek to punish him and hurt Russia? He could be provoked to do something mad. I am convinced that even policymakers who are suggesting that he is insane do not believe it. If indeed they did, then they would seek to pacify not aggravate him, to take the madman’s finger off the nuclear trigger. There are actual psychologists who also deny this theory.

I am convinced that the constructivist arguments have merit. Civilizational and theological concerns are indeed playing a role in Putin’s thinking about what is in peril by NATO’s expansion. But there seems to be an effort not to examine how NATO’s persistent eastern expansion and the West’s military relations with Ukraine may have triggered a security dilemma and Russian response. Professor John Mearsheimer of the University of Chicago is the most renowned voice making this argument. Liberals may be pleased with NATO’s resurgence, but they need to ask why the interdependent world we live in, so dramatically highlighted by the many opportunities for sanctioning Russia, did not prevent this war and why the ever-expanding NATO has brought us on the brink of war and not peace. The madman rhetoric precludes the discussion of the failures of the liberal order and liberal IR theories.

The consequences that are not as well noted are quite disquieting. The Western response to throw the kitchen sink at Russia has unleashed Germany; German chancellor Olaf Scholz has announced that Germany will spend over $110 billion on defense spending and increase its defense budget to 2 percent of GDP. The shopping list includes thirty-five F-35A fighter jets, which are equipped to carry nuclear bombs. German media is hailing this development as a paradigm shift. The increased defense spending will make Germany the third-highest defense spender in the world after the United States and China. Will we soon have a major European military power in Europe? Do we want a militarily powerful and nuclear-armed Germany? The United States has stored twenty nukes in Buchel Air Base that could be commandeered by Germany.

The West has weaponized economic interdependence and instruments of international cooperation such as SWIFT. The economic sanctions levied against Russia are aimed at destroying the Russian economy and seizing Russian assets. Non-Western nations like China and India are watching these developments realizing that they too could become targets of Western sanctions if they ever have a disagreement with the West. I fear this will trigger initiatives that will divide the West from the rest and create parallel systems. India and Russia are talking about rupee-ruble trade and China-Saudi Arabia are discussing yuan-based trade. This distrust in international institutions could further undermine the global economy and hurt cooperation against climate change since countries will think twice before getting entangled in institutions which the West could weaponize against them in the future.

One reality that has been unveiled by the unprecedented Western unity in support of Ukraine is the racism or white populist nationalism and moral hypocrisy that underpins the so-called liberal order. The policy responses that were never available to victims of Russian brutality in Syria or in Chechnya, are now available to Ukrainians. When Russians bomb hospitals, sanctions after sanctions are imposed. When Israel bombs medical centers, sanctions or even talk of sanctions are deemed unhelpful. The hypocrisy is evident and recognized. Hungary and Poland built barbed-wire barriers to keep Syrian refugees out but are welcoming Ukrainians with open arms. Statements from media and leaders expressing anguish at the suffering of “civilized,” educated, blue-eyed Ukrainians who are unlike Iraqis or Afghans are heard frequently and often without any pushback. While Western leadership is tolerating these overt cases of race-based hypocrisy, the rest of the world is taking note. While the liberal order might be working for Ukrainians now, its credibility and durability, however, could be diminishing globally.

There is a troubling new development which is being looked upon positively. The emergence of the Western jihadi, the foreign fighter traveling the world to fight in wars motivated by identity politics. There are now over 20,000 foreign fighters already in Ukraine. What will become of these fighters when the war is over. Some may die, get injured, and suffer from post-traumatic stress disorder. What role will they play when they come back to nations plagued by racial divides, Left and Right populism, declining democracies, and ailing economies?  We are opening bottles and letting genies loose who will not be easy to put back in.

While the global horizon appears gloomy, there is one favorable development for the United States. At the end of this conflict, we will have a much-diminished Russia and much scared Europe. The former will be less of a challenge to the United States, and the latter will be more firmly committed to NATO, more in need of U.S. military presence and leadership. And don’t forget booming demand for U.S. weapons. Between Finland and Germany alone the United States has already received orders for ninety-nine F-35 jet fighters.

Let us hope the war ends soon, sanity prevails, and the unleashed demons die before they become unmanageable crises.

Dr. Muqtedar Khan is a Professor in the Department of Political Science and International Relations at the University of Delaware. He is the author of the award-winning book Islam and Good Governance: Political Philosophy of Ihsan (Palgrave Macmillan, 2019). His essays have appeared in The Wall Street Journal, The New York Times, The Washington Post, The National Interest, The Conversation, The Diplomat, The Indian Express, Outlook India, The Wire, and many other publications worldwide. He hosts a YouTube show called Khanversations and his website is www.ijtihad.org. He Tweets @MuqtedarKhan.