The United States Needs an Ambassador in India ASAP 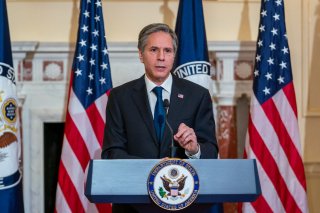 To pursue an efficient foreign policy, the United States should send its best diplomats to countries of vital interest. As the Indo-Pacific remains the most contested region in global geopolitics, Washington must devote its utmost attention and resources to the region, including its best people. Today, the strategic salience of India is more than any other nation for the United States. It is vital that Washington send an ambassador to New Delhi sooner rather than later.

India is the only credible power in the Indo-Pacific that could help the United States create a stable balance of power in the region. The country is indispensable in boosting the coalitional ability of the United States, primarily because the other significant actors in the region are either already U.S. allies or under Chinese influence. On top of this, India faces active Chinese aggression at its borders, and it is the only country with combat experience against the People’s Liberation Army in the last four decades. Finally, India contributes skilled talent in the technology sector, which is crucial for the United States if it wishes to lead the technology and innovation race against China.

Unfortunately, though President Joe Biden’s term in office is nearly half done, there is still no U.S. ambassador in New Delhi. Ever since Ambassador Kenneth Juster stepped down from the post in January 2021, the Biden administration has appointed six interim chargé d’affaires, the most recent of which was named in October of last year. Now over 700 days, this is the longest period of time in the two countries’ diplomatic history, including the Cold War, in which there has been no U.S. ambassador in India’s capital. The continual appointment of ad hoc envoys sends a woeful message to New Delhi: Washington is being negligent.

This is not entirely the White House’s fault. Biden nominated former Los Angeles Mayor Eric Garcetti to be the U.S. ambassador to India in July 2021. Garcetti’s confirmation vote, however, was put on hold after a Republican senator alleged him of inaction against sexual misconduct by his aide.

Garcetti’s bid has been on hold ever since. A number of other factors have delayed the confirmation vote: pending business in a hung Senate, partisan bickering, and Washington’s overriding preoccupation with the Russo-Ukrainian War.

With the U.S. Senate’s flip in Democrats’ favor, however, the Biden administration is now better positioned to secure full support for Garcetti’s hung nomination. A White House press conference in December conveyed a similar sentiment. More recently, Biden re-nominated Garcetti for the position.

Yet by not having an ambassador for almost two years, the United States has compromised diplomatic continuity and lost touch with realities in New Delhi. The Biden administration risks its understanding of India being limited to what is written by armchair analysts and “India watchers,” rather than drawing upon information provided by on-the-ground professional diplomats. Complicating matters even further is the fact that India’s diplomatic corps comes from an elite bureaucracy that is very hierarchical and sensitive to protocols. They perceive an organizational slippage from the American side, as intermittent chargé d’affaires have been posted for so long.

In practice, this means that dealing with New Delhi becomes much more difficult barring the involvement of top-level leadership. For instance, India’s external affairs minister, S. Jaishankar, a veteran diplomat-turned-politician, had to bring up a minor consular matter, like trouble overcoming visa deadlocks, to U.S. secretary of state Antony Blinken at a very public joint press conference.

Furthermore, popular opinion in India is still distrusting of the United States from the Cold War despite genuine progress in the bilateral ties. When India’s extremely popular BJP government explicitly positions itself as “not-West,” it only reinforces mass skepticism towards the United States. Consider, for example, Jaishankar’s unprecedentedly voracious articulations of India’s stance on various issues and how they differ from the West, especially since the beginning of the war in Ukraine.

An ambassador in New Delhi will only help diffuse anxieties within India’s entire political apparatus.

During the Cold War, the United States maintained an excellent track record of posting experienced envoys in India. For example, only two ambassadors—Kenneth Galbraith and Chester Bowles—served in New Delhi for most of the 1960s. Despite India’s staunch nonaligned position, Galbraith and Bowles developed close friendships with Prime Minister Jawaharlal Nehru and advised him on economic policy. Galbraith even convinced the Kennedy administration to send military support to India during the 1962 India-China War. Even later, the ambassadors harnessed their connections to exercise significant influence on New Delhi despite its inclination towards Moscow. If the United States ensured a stable diplomatic engagement with a socialist India back then, there is no reason why it should leave any stone unturned now.

Today, India's outlook is very different from the nonaligned obsession of the Nehruvian era. India is now both confident and capable of playing a positive role in modern-day geopolitics. It is not far-fetched to claim that New Delhi can be to the U.S.-China rivalry what Beijing was to the United States during the Cold War. It is because of this critical role that the U.S.-India relationship must be nurtured across all levels, from national leadership to the last consulate worker. The United States risks both practical inefficiency and creating political misunderstandings in otherwise growing ties by not having an ambassador in New Delhi.

Ambuj Sahu is a doctoral student in the Department of Political Science at Indiana University Bloomington. He was previously trained as an electrical engineer at the Indian Institute of Technology Delhi.  He tweets at @DarthThunderous.