The United States Needs to Get Serious About Latin America 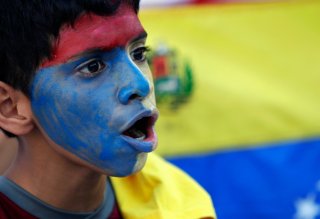 Even a cursory survey of recent developments in Latin America should sufficiently ring alarm bells in Washington. Decades of U.S. policy imperatives are being reexamined and, in many places, rejected by the countries of the region. In many of these countries, the United States does not presently have an ambassador. That should be unacceptable to anyone interested in U.S. relations with our nearest neighbors.

Here are some of the issues that merit attention.

The Left is on the rise again in Latin America. Left-leaning presidents in several countries with free trade agreements with the United States are looking to jettison the market-oriented, neoliberal economic policies and reaching for old statist policy prescriptions. How will American businesses be affected? The fact that the new Left is neither monolithic nor ideologically homogenous is precisely why the United States needs senior leadership in the capital of every country with which we have diplomatic relations.

The ad hoc coalition known as the Lima Group, formed to militate for the restoration of democracy in Venezuela, has essentially collapsed. Mexico and others have made clear they no longer support isolating the Maduro regime while Colombia’s Petro has reestablished diplomatic relations and renewed trade ties. Russia is holding military exercises in Venezuela.

Is democracy still important in the region? Can U.S. sanctions on Venezuela be effective absent the cooperation of the rest of Latin America and given Chinese, Russian, Indian, and Iranian support for the regime in Caracas? The Organization of American States (OAS) has passed resolutions condemning the repression in Venezuela but, at the national level, most of the countries in the region have just shrugged as the country’s democracy has crumbled.

In Brazil, President Jair Bolsonaro, lagging badly in the polls, has cast aspersions on the country’s electoral system. In recent months, he has insisted there are only three possibilities for his future: reelection, jail, or death. National elections will be held in October. Will Brazilian institutions carry the day? Whatever the outcome, the United States needs senior representation in country both to convey Washington’s views to Brasilia and to make sure Washington understands what is happening on the ground and why.

In Haiti, heavily armed criminal gangs control much of the country and a former U.S. ambassador has asserted that diplomacy has failed and some sort of international intervention may be necessary. What is the U.S. position? What role are we prepared to play to help resolve the current crisis?

In Nicaragua, long-time strongman Daniel Ortega is locking up critics and suppressing the media. He is even seeking to muzzle the Catholic Church. Do we care? What are the United States’ options? The United States has already cut aid to the Nicaraguan government and sanctioned several members of the Ortega family as well as key supporters.

In Peru, neophyte leftist President Pedro Castillo seems increasingly incapable of governing effectively and has now run through more than sixty cabinet ministers in little more than a year in office. Worse yet, both Castillo and his wife are being investigated for corruption.

On the U.S. southern border, record numbers of undocumented migrants are surging into Texas and the administration seems neither able nor willing to secure the border. In South America, the millions of Venezuelans who have fled their country threaten to overwhelm social services in Colombia, Ecuador, Peru, and elsewhere. How will stemming the flow of undocumented workers and asylum seekers into the United States—or not—impact our own domestic politics and ties with the region?

In June, at the U.S.-hosted Summit of the Americas in Los Angeles, a triennial gathering held under the auspices of the OAS, the Biden administration announced programs designed to address the root causes of irregular migration and manage the flow of people. Unfortunately, none of the countries generating most of the undocumented migrants trying to enter the United States were present.

The United States needs to get serious about the Western Hemisphere and this means doing more than announcing foreign aid programs which may or may not survive congressional editing. China has replaced the United States as the leading trading partner for many countries of the region, but thousands of U.S. businesses are active in Latin America and the Caribbean. Millions of American jobs depend on trade with the Western Hemisphere. Illegal drugs smuggled in from Latin America continue to cost thousands of American lives.

Trade, migration, and combating illicit drugs are all hardy perennial issues for the United States but these are not the only matters that should concern U.S. policymakers. Following the disappointment and acrimony of the recent Summit of Americas, some leaders in the region are quietly entertaining the idea that the premises on which many of the institutions of the inter-American system are built need to be revisited. There is still no confirmed U.S. permanent representative to the OAS. That matters.

The Biden administration has a seasoned team directing the State Department’s Bureau of Western Hemisphere Affairs, but that is not enough. In order to assure that U.S. views are understood, the administration needs to get qualified, experienced ambassadors into a whole series of key countries. At present, there are no ambassadors in Brazil, Colombia, Panama, the Dominican Republic, Haiti, and several other capitals. The president’s special envoy for Haiti resigned in frustration nearly a year ago and has still not been replaced.

Both the White House and the U.S. Senate share responsibility for this dismal state of affairs. For several key countries, the White House has not even nominated candidates for ambassadorships. For countries for which the administration has announced nominations, as in the case with Central America’s northern triangle, the Senate needs to move expeditiously to confirm nominees deemed appropriate and qualified. Allowing long-term diplomatic vacancies does not advance U.S. interests and sends a message of indifference to countries that are important to our own well-being and prosperity.

Patrick Duddy is a retired senior foreign service officer. During a long diplomatic career, he served in eight countries in the Western Hemisphere. His last overseas assignment was as the U.S. ambassador to Venezuela. At present he is a senior advisor for Global Affairs at Duke University and director of Duke’s Center for Latin American and Caribbean Studies.