Is the United States Trying to Fight and Win Nuclear Wars? 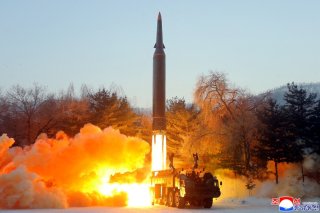 In short, the only reason the United States was able to remove its missiles from Turkey was that it was already deploying new missiles in North Dakota, Wyoming, and Montana—the very missiles global zero advocates have been obsessed with killing for nearly half a century.

Also puzzling is Kaptanoglu and Prager’s claim that a counterforce deterrence strategy was only adopted by the United States after the Cold War was over. I would suggest the authors familiarize themselves with a 1974 hearing before the Senate Foreign Relations Committee in which Secretary of Defense James Schlesinger spoke on the history of U.S. deterrent policy. Schlesinger explained that the U.S. policy of flexible response and counterforce capabilities was adopted as U.S. strategy by 1974 after having slowly emerged in the early to mid-1960s—at least a quarter of a century before the end of the Cold War.

The authors then assert that supporting current nuclear modernization efforts (initiated in 2010) is leading to a nuclear arms race. However, the current nuclear deterrent upon which the United States now relies was built during the Reagan administration more than forty years ago. At that time, the U.S. disarmament community heartily endorsed a unilateral U.S. nuclear freeze, which if adopted would have caused the U.S. nuclear deterrent to “rust to obsolescence.” Interestingly, the freeze was also endorsed by the Soviet Union, which at the time had a fully modernized nuclear deterrent.

Fast forward to today: Russia is now 88 percent finished with its nuclear modernization. In contrast, the first leg of the modernized U.S. nuclear triad will not be deployed until 2029, some forty-three years after the first Peacekeeper from the United States’ last nuclear buildup was deployed.

We must remember that even as the United States previously modernized its nuclear deterrent, Reagan succeeded in triggering an historically unprecedented reduction in nuclear forces, an end to the Soviet empire, and the widespread adoption of democratic principles of government throughout the world.

In short, the United States modernized and won, and the Soviets who endorsed nuclear freeze lost.