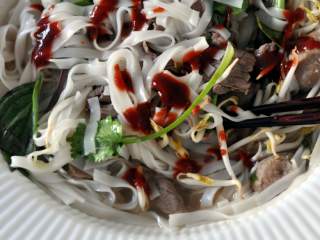 “If ASEAN were one economy, it would be seventh-largest in the world—$2.4 trillion combined GDP in 2013,” Stephen Groff, vice president for operations at the Asian Development Bank, recently noted. “It could be fourth largest by 2050 if growth trends continue.” One of the key enablers of economic growth in the region is free-trade agreements (FTAs) among nations. Free-trade agreements are viewed as a way to attract foreign direct investment and provide greater economic growth to member nations. Reducing trade restrictions allows industries to tap into new markets, advance their reach and increase their consumer base.

However, while the ASEAN Free Trade Area (AFTA) is slowly emerging as a strong, single market in the region, the economics of trade has conjured a problem challenging its efficacy. In the last decade, trade liberalization initiatives have prospered across Asia and the Pacific. According to the World Trade Organization there are some 267 bilateral or multilateral FTAs in force—at least among those notified to the WTO. The plethora of these overlapping and complex bilateral free-trade agreements among member nations of ASEAN is brimming with the risk of becoming ungainly, creating an intricate bowl of noodles. Having a high number of preferential bilateral trade agreements defeats the overall purpose of entities like ASEAN in the first place and challenges a fair trade environment.

By reducing or eliminating tariff and nontariff barriers, FTAs lead to greater specialization and division of labor, as every country tends to concentrate on producing goods and offering services in which it has a competitive advantage. In theory, the ultimate benefit of FTAs is gained by consumers, as increased competition means more products on shelves at lower prices.

There are also noneconomic benefits to FTAs. Politically, they are more than a simple tool for open dialogue between nations. They provide a platform where member nations can discuss pressing issues and identify potential solutions through active participation and cooperation, improving their bilateral relations. Most, if not all, FTAs have political or strategic motives. The European Union receiving the Nobel Peace Prize in 2012 shows that regional cooperation agreements can involve more than just economic imperatives.

The Need for an ASEAN Free-Trade Area

The ASEAN Free Trade Area (AFTA) is a trade-bloc agreement that was signed among members of the Association of Southeast Asian Nations in 1992, supporting local manufacturing in all ASEAN countries. AFTA anticipated a fixed time frame until December 31, 2015, within which preferential tariffs between member nations would be regularly adjusted until those tariffs came down to zero. The objectives of AFTA are to increase intra-ASEAN trade, attract more foreign direct investment and make the region a globally competitive production base. Sticking to its timetable, the ASEAN bloc has reduced or in most cases eliminated all import and export duty taxes on items traded among its members, effectively making the entire region a single market as far as mutual trade is concerned.

In his book Termites in the Trading System: How Preferential Trade Agreements Undermine Free Trade, Jagdish Bhagwati, professor of economics at Columbia University and an eminent free trade advocate, likened bilateral or preferential FTAs to termites eating away at the world trading system. The argument is that preferential trade agreements challenge international trade regimes’ basic principle of nondiscrimination. Moreover, the large number of FTAs has given rise to “trade diversion,” causing some nations to become economically inefficient. Trade diversion happens when “a free trade area diverts trade, away from a more efficient supplier outside the FTA, towards a less efficient supplier within the FTA.” Powerful countries tend to benefit more, by extracting untenable concessions in exchange for trade, labor standards and intellectual property protection.

Another compelling reason for AFTA’s importance is the rise of China's economic hegemony. Collectively, ASEAN—the third-largest trading bloc in the world after the EU and NAFTA—stands a better chance of competing against the economic might of China than if its members were to try to compete individually.

The presence of multiple bilateral FTAs and their overlapping rules of origin highlight the need for attaining the overarching goal of a multilateral trade regime like AFTA. Developed and developing countries have differing regulations for nontariff barriers, subsidies and remedial measures, which is largely responsible for the present gridlock. A recent Asian Development Bank report explains that “two key proposals have been advanced to disentangle the Asian noodle bowl: consolidation—which creates a regional FTA to harmonize bilateral FTAs; and multilateralization—which grants non-discriminatory preferences to non-members, eliminating preference discrepancies.”

In the short run, it is very difficult to ascertain which of the two approaches holds the potential to strengthen the ASEAN Free Trade Area. However, it is indisputable that in view of economic efficiency and welfare, a global—at the very least multilateral—trade regime should be the first option for free global trade. Lastly, any approach that policymakers adopt must champion the three Cs of diplomacy: communication, coordination and cooperation.

Anant Mishra is a former Youth Representative to the United Nations. He has served extensively in the United Nations General Assembly, Security Council, and Economic and Social Council. He is also a visiting faculty for numerous universities and delivers lectures on political economics and foreign policies.

Yashvardhan Verma is a geopolitical analyst working with Mitkat Advisory Services, a premium Risk Management Consultancy based in Gurgaon. He holds a Bachelor's degree in English Literature from University of Delhi and further aims to pursue a Master's degree in International Relations. He is an aspiring diplomat with profound interest in conflict resolution, peace-building, international security, defense and cultural studies.