The Urgent Need to Adjust America’s Approach to the World 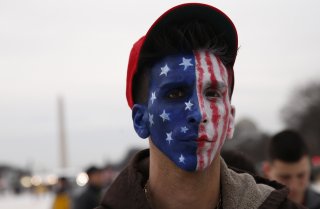 The unrest roiling a number of American cities, layered on top of the severe economic and social impact of the coronavirus, are forcing Americans to reconsider how we engage with each other—and with the rest of the world. The tools that we once relied upon to preserve our security and prosperity have proved ineffective in the last quarter-century, as the inconclusive wars in Iraq and Afghanistan have shown, and useless against a public health threat. Calls for the U.S. military to rescue us from protesters, or heal our bitter partisan divides, suggest that we’ve forgotten any other way to solve problems. When you have a hammer, everything looks like a nail.

We are at an inflection point on par with 1919, 1945 or 1989. Such periods upend comfortable assumptions about our place in the world. Consider how the United States evolved from being one of several key players in the post–World War I settlement to the dominant actor in establishing global norms and institutions after World War II and then the unipolar power after the Soviet Union’s demise.

In the wake of the current crisis, Americans must be willing to challenge long-held beliefs. Policies that function reasonably well today may fail them tomorrow. Chiefly, the country must assess the utility of its military power and be willing to rely more heavily on its diplomatic, economic, and other capabilities to shape a better future that preserves the peace, and advances prosperity and human well-being.

A few core principles should guide this wide-ranging reassessment: we should engage rather than self-isolate; we should set clear priorities; and we should listen in order to lead.

Successfully combating a global pandemic on the scale of the coronavirus requires cooperation at all levels. Physicians and clinicians around the world have banded together to find a treatment for the disease, while researchers seek a vaccine that will ultimately stop it. British prime minister Boris Johnson famously thanked “Jenny from New Zealand” and “Luis from Portugal” for saving his life. And American pharmaceutical manufacturer Gilead Sciences is leaning on the work of Czechoslovakian-born Tomáš Cihlář, one of the company's lead researchers for the promising drug remdesivir. Such stories would be impossible in a world that only welcomed home-grown solutions to major problems.

The cosmopolitan impulse is in short supply elsewhere, however. Political leaders are quick to blame China for the coronavirus—if nothing else, it diverts attention. And, to be sure, Beijing’s response to the coronavirus outbreak in Wuhan was inadequate, and its abortive attempt to conceal the truth was worse than merely negligent.

But the blame game won’t do anything to help those who are dying and it won’t prevent healthy people from getting sick. A race to erect barriers to the movement of persons, goods and services as a way to punish China would certainly impede—and might ultimately strangle—economic recovery. And companies seeking to diversify supply chains would find that demands to bring all production back to the United States would make vulnerable logistics networks even more brittle.

The United States has invested heavily in military hard power for decades, and this has produced the most capable force of its kind. Not seeing the growing militarization at home and abroad, the defenders of the current National Security Strategy and National Defense Strategy—drafted long before the global pandemic—were adamant that the United States was losing its ability to defend itself, and that the Pentagon’s budget was much too small. Reversing that situation would almost surely necessitate tax hikes and cuts to popular domestic spending programs.

The political will to substantially increase military spending, however, was tepid before the coronavirus and is surely weaker today. It is reasonable for Americans to wonder whether the billions spent on fighter aircraft or tanks the Army doesn’t want might have been more usefully spent on masks and test kits and dealing with the inequality gap.

These political realities demand that the U.S. national security establishment set priorities. Burdensome debt is a national security threat, inhibiting our ability to adapt to changing circumstances. We need to build resilience that will allow us to tackle a range of threats, not merely those that can be shot at or bombed.

At a minimum, U.S. leaders should revisit the post–9/11 wars. Terrorism is a serious but manageable risk to human life and is best addressed by timely intelligence and law enforcement, which almost always involves cooperation with others. President Donald Trump’s stated desire to remove all remaining forces from Afghanistan is politically popular and strategically sound. After more than eighteen years, U.S. forces should come home.

Separately, a new cold war with the combined power of Russia and China risks mutual impoverishment and futility. It would require economic decoupling, an unserious proposition in an era of deep interdependence that cannot be undone.

The United States simply must work with others in crafting policies that secure its common interests. The most important of these is maintaining the peace.

That might be easier than it sometimes appears. Decades ago, U.S. leaders correctly worried that others were incapable of defending themselves. That is no longer true. Japan has the world’s third-largest economy, and Germany is the dominant economic power in Europe. South Korea was desperately poor and vulnerable in June 1950. Today, it is a global leader in how to fight the coronavirus. It’s time that we rebuild the home front, allowing others to accept more responsibility for their defense.

Listen, in Order to Lead

Above all, the coronavirus has taught us humility. The Trump administration’s confident predictions in January of how well the U.S. economy would fare, and how easily the disease would be defeated, looked uncertain by early March and deadly by early May. If the administration had followed the advice of its own experts, then the United States would have been better prepared, and the economic harm less severe. Similarly, there have more than enough signs of the growing income gaps and discrimination against minorities so that the current outpouring of rage should not come as a surprise.

There’s a foreign policy lesson here as well. Good leaders listen. They don’t dictate a course of action and expect subordinates to follow without question. Most seek input and make course corrections as needed. They pay attention to both the home front and what’s happening elsewhere. The marketplace of ideas is made better by more voices.

Leaders also have empathy. They consider how decisions will affect others, not merely themselves. An America that was more mindful of the interests of its allies and partners would likely have more of them. It might also avoid some costly mistakes.

The days when Washington calls the tune and expects others to dance are long gone. Working with others, and forming coalitions to address common challenges, has a better chance of shaping the world to America’s interests. Sitting on the sidelines will only limit its influence and leave the country less prepared for the next crisis.