The U.S. and Russia are Parting Ways in Space and That's Risky 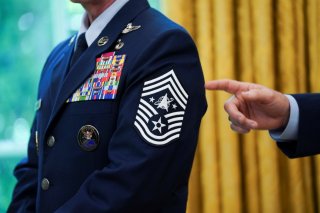 American space partisans could be forgiven for yawning at the recent announcement that the Russian and Chinese space agencies will build a joint lunar research base. The statement included no timeline, and everyone knows that paper plans for space projects are a dime a dozen. While the Russians and Chinese talk, NASA is busy testing rockets and selecting astronauts for its Artemis Program, which is supposed to return Americans to the Moon within the next five years. Yet U.S. space policy is about more than budgets and big engineering problems. It also contains a strong tradition of international cooperation, especially across geopolitical boundaries. Whether or not it comes to fruition, the Sino-Russian plan is the latest sign this tradition is in trouble. A series of new programs, agreements, and organizations indicate the United States is adopting a more unilateral space policy. In the long run, this risks fracturing the multilateral space regime.

U.S.-Russia cooperation created and sustained the pillars of this regime. The Outer Space Treaty of 1967, which, among other things, prohibits deployments of nuclear weapons in space and the construction of military facilities on the Moon, would have been a dead letter without Cold War détente. Today it is the foundation of international space law. The current International Space Station (ISS) is effectively a joint U.S.-Russia facility and American astronauts have often launched there aboard the Russian Soyuz spacecraft. This pattern of cooperation has survived severe crises in the broader relationship.

Many of these agreements are now winding down. The success of NASA’s commercial crew partnership with SpaceX and Boeing means that American astronauts will increasingly fly to low Earth orbit on American spacecraft, rather than the Russian Soyuz. U.S. funding for the ISS will likely run out by 2030 and the Russians have announced that they are considering withdrawing from the ISS in 2025 to develop their own space station.

NASA invited Russian cooperation on the new Artemis Program, but only to play a small role. It is not hard to understand why Dmitry Rogozin, the director of the Russian space program, rejected the proposal as “too U.S.-centric” and sought out a more equal partnership with China. In a clear departure from post-Cold War practice, America’s return to the Moon is now multilateral only insofar as close U.S. allies have signed on as junior partners.

The Artemis Program also features a strong normative component called the “Artemis Accords,” a non-treaty agreement asserting, among other things, signatories’ right to own mineral wealth extracted from the Moon and declare “safety zones” around their space operations to prevent harmful interference by other space actors. But each rests on America’s specific interpretation of articles two and twelve of the Outer Space Treaty of 1967, which respectively ban the national appropriation of natural space objects and require all off-world facilities to be open to all visitors. Of the nine signatories, only the United States has the potential to conduct such operations. The exclusive nature of the agreement is not lost on China and Russia, which have refused to sign.

Prospects for space cooperation with China are also bleak. China now has the world’s second-most capable civilian space program, but a 2011 law called the Wolf Amendment bans NASA from interacting with them absent case-by-case authorization from Congress. This was meant to prevent the transfer of sensitive technologies to China and demonstrate opposition to China’s human rights abuses in Hong Kong and Xinjiang, but it is doubtful this has meaningfully slowed their space development. Since 2011, China has launched a space station, deployed new heavy-lift rockets, and sent robotic missions to the Moon and Mars.

The reality is that the United States does not need space cooperation. The current balance of space power is heavily skewed in its favor. At $40 billion, the combined U.S. civil and military space budget is nearly as large as the rest of the world combined. Of the 3,372 operational artificial satellites now in Earth orbit, 56 percent are controlled by the U.S. government or American entities. The capabilities of SpaceX alone rival those of almost every other national space program. The extent of this lead makes it tempting to opt for space unilateralism or cooperation only with a narrow set of technologically dependent allies. The Artemis Program, the 2019 formation of the Space Force, and continuing restrictions on cooperation with China all embody this unilateral style.

The Sino-Russian Moon agreement hints at what the long-term costs may be. America’s “unipolar moment” has lingered on in the international distribution of space capabilities, but it will not last forever. India will become the fourth country to achieve manned spaceflight in this decade. China is likely to attempt a manned Moon landing in the 2030s. How the next space age plays out depends critically on how the United States now chooses to wield its disproportionate influence. Its current path is to submit to the mindless dictates of great-power competition, risking a harmful bifurcation of international space policy. It’s not difficult to imagine a new space race characterized by rival legal regimes, arms buildups, and orbital accidents. The United States and its allies may not keep the upper hand. Some Americans may look back at the 2020s and wonder why their country did not use its moment of space power dominance to sustain and expand the multilateral space policy regime.

That regime is flawed, no doubt. It includes no explicit recognition of space property rights. It does too little to regulate space weapon systems. But this is an argument for improving the existing framework, not bypassing it. The Artemis Accords contain useful ideas for international space policy. However, these will not become widely recognized norms by American decree. The United States should not be afraid to negotiate with Russia and China over the terms of a revision to the Outer Space Treaty.

Russia recently celebrated the sixtieth anniversary of Yuri Gagarin’s first manned spaceflight on April 12. Moscow used it as an opportunity used to reemphasize its proposed draft Treaty on the Prevention of the Placement of Weapons in Outer Space, the Threat or Use of Force against Outer Space Objects (PPWT), which would ban conventional weapons in space. Several American commentators have decried this opportunity for cooperation as a nefarious trap intended to bind the United States while doing nothing to address Chinese and Russian ground-based anti-space capabilities. The proposed Sino-Russian Moonbase has likewise been identified as part of a larger plot to create an axis of unfriendly powers bent on undermining the West, despite Moscow’s repeated professions of appreciation for American space contributions and an open invitation to participate.

The automatic rejection of policies because they were suggested by Russia or China is childish, to say the least. Moreover, the assumption that America always makes good on its international commitments and Russia and China never do is likewise unsound. The answer is not to throw cooperation to the wind, but to strive to make the language as explicit as possible. The United States need not accept Russia and China’s proposed treaties in their current form or take their professions of compliance at face value. But even an imperfect ban on the placement of conventional weapons in orbit would set a positive precedent and further U.S. interests, not least because such weapons might threaten nuclear stability on Earth. American efforts to expand the Artemis Accords suggest the outline of a deal: the United States would agree to engage in good faith with the PPWT, while China and Russia would do the same with the Artemis Accords. Neither side would get everything they want, but the results would help to reinforce the international space regime. New space norms will only emerge through honest give and take. Sticking with a zero-sum mindset will only ensure that the existing space framework continues to erode.

Amid the mudslinging at the recent U.S.-China summit in Alaska, the Chinese side repeated its desire to expand space cooperation with the United States. A full repeal of the Wolf Amendment is impossible in the current climate, but NASA should cooperate with China to the greatest extent possible under current constraints. NASA recently received Congressional approval to engage with China in order to learn about their Mars orbiter, which launched successfully last year. The American space policy community should keep the door open for the day when the political climate allows for broader space cooperation with China.

The U.S. lead in international space capabilities is perhaps larger than in any other realm. During and after the Cold War it leveraged that lead to cooperation with Russia in building today’s multilateral space regime. Today, its pursuit of policies like the Artemis Program and the Space Force lays bare its desire for unilateral space dominance and undermines a decades-long relationship that has kept space cordial and safe. In the short term, the United States has little to lose by not cooperating with Russia and China, but NASA and the Pentagon should be wary of path dependence. If America plays fast and loose in space, then it can expect other space-farers to do the same.