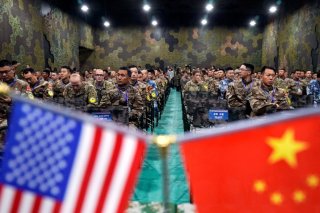 On the eve of World War I, French capital funded German industry to build Russian ships, launching a cycle of compromising dependencies that ended in either total war or revolution and default. Today, this cycle has returned.

In the years preceding World War I, Russia was the primary battleground for a financial war between France and Germany, Europe’s two greatest continental powers and former and future war-time adversaries. This financial war played out in the markets of Moscow and St. Petersburg, in a Russian state on the verge of collapse.

So, French officials turned to financial warfare. The following year, they conditioned crucial loan discussions on the stipulation that Russia use a non-German firm.

Moscow was in no position to decline these demands as French loans backstopped the Russian economy. At the time, French financiers held 12 billion francs in Russian sovereign debt and public securities, with Paris holding a whopping 43 percent of the sovereign debt. Entities funded by French capital accounted for over 60 percent of Russia’s strategic metal and energy production.

Meanwhile, German industry was a key destination for Russian spending and, thus, an endpoint for French capital flows. Russia spent heavily in the German armaments market, devoting tens of thousands of German marks annually to the Essen-based arms company, Krupp. Moreover, German management sat atop Russian enterprises that were wholly funded by French capital at entities like Putilov Works of St. Petersburg.

The intricacies of these capital flows led to some uncomfortable outcomes for both powers. French capital funded Russian acquisition of German weapons. Krupp, the German firm that received Russian contracts, built and shipped a cruiser and three submarines to the Imperial Russian Navy in 1904.

One contemporary observer on the eve of World War I put it succinctly: “The bearers of French capital in Russia are…German entrepreneurs.” Circular investment made for unwieldy interdependence.

Unsurprisingly, this arrangement did not end well for either France or Germany. Ten years later, during World War I, that Russian cruiser built by Krupp hunted the German navy across Southeast Asia. Meanwhile, after the Bolsheviks overthrew the Russian tsar three years into the war, Moscow’s new communist leadership defaulted on 9 billion rubles of French debt—a shock to the French economy so severe that Paris went from a net creditor to a net debtor overnight.

This implosion of intricate capital relationships illustrates the perils of weaponized interdependence. Ultimately, what had once been seen as economic coercion gave way to economic catastrophe. In World War I, these capital flows resulted in one of two outcomes: helping the enemy wage total war or defaulting on decades of debt after revolution.

The tragedy of France and Germany’s capital rivalry should serve as a lesson about the feasibility of financial weapons as coercive tools under conditions of financial interdependence.

Astute observers have rightfully returned to this pre-World War I landscape to grasp the nature of great power competition under conditions of economic interdependence and capital rivalry. That era, like now, saw overlapping trade wars, technology wars, influence wars, and capital rivalry, ignited by the emergence of a rising power that was intent on upending the status quo and assuming the prerogatives of its economic and military might.

Circular investment of this sort was corrosive to the war-making ability of each power. Under conditions of prewar financial interdependence, compromising exposures went unnoticed until they exploded. While Russia did not end up using German designs for ship construction in 1908, they did buy a battleship directly from the shipyards of Kiel, in northern Germany, in 1904. Today, too, Americans supply a rival that plots war. In fact, an astonishing 92 percent of Chinese companies that fund People’s Liberation Army artificial intelligence modernization are not captured by existing export controls.

[This is part one of a two-part series on the perils of capital dependence in great power rivalry.]