U.S.-China Rapprochement Will Not Come Quickly 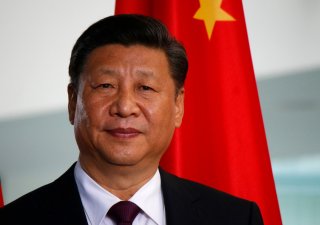 For his part, Qin never complained—at least publicly—about his treatment in Washington, and upon his departure even expressed appreciation for “several candid, in-depth and constructive meetings with [Blinken] during my tenure” as ambassador. Moreover, the Chinese Foreign Ministry spokesman has publicly welcomed Blinken’s upcoming trip, expressing the hope “that the United States can work with China to fully deliver on the important common understandings reached between the two heads of state, and bring China-US relations back to the track of sound and steady growth.”

But the obstacles to crossing that threshold are still evident in the way the two sides are framing their expectations. The Foreign Ministry spokesman added that Beijing “hopes that the United States will adopt a correct perception about China, stick to dialogue rather than confrontation, and pursue win-win results rather than a zero-sum game.” Blinken, for his part, reverted in his farewell conversation with Qin to invoking the modest goal of “maintaining open lines of communication.” And Campbell, in his public remarks on January 12, reiterated Washington’s focus on “building a floor” under the U.S.-China relationship and “guardrails” to prevent it from going off track.

This language from both sides suggests low expectations and limited potential for substantive forward progress in U.S.-China relations, at least in the near term. For now, it appears that meaningful reciprocal engagement, mutual development of “principles” to frame the relationship, and the possibility of setting sights higher than the floor will be slow in coming. With this backdrop, Blinken’s visit to Beijing will provide some indicators of how much the Bali meeting actually accomplished.

Paul Heer is a Non-Resident Senior Fellow at the Chicago Council on Global Affairs. He served as National Intelligence Officer for East Asia from 2007 to 2015. He is the author of Mr. X and the Pacific: George F. Kennan and American Policy in East Asia (Cornell University Press, 2018).