The U.S. Economy Is Now A Giant Bubble. A 'Pop' Could Be a Disaster. 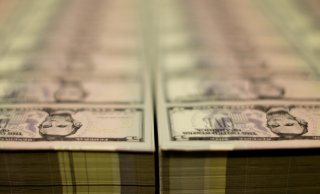 Unfortunately, there is good reason to fear that the results will not be pretty. This would especially seem to be the case considering the fact that the American economic policy experiment is occurring at a time that we are in the midst of a global “everything” asset price and credit market bubble.

In the wake of the September 2008 Lehman bankruptcy, it was clear that troubles in the U.S. economy had serious ramifications for the rest of the global economy. Indeed, the bursting of a U.S. housing and credit bubble had ripple effects throughout world financial markets, which precipitated what economists now call the Great Economic Recession.

Fast forward to 2021. Now, America’s massive monetary and fiscal policy experiment is being conducted against the backdrop of a so-called everything asset and credit price bubble, which is very much larger and more pervasive than the earlier U.S. housing and credit market bubble.

It is not simply that U.S. equity valuations are at the lofty levels last experienced on the eve of the 1929 stock market crash. Nor is it that the dubious Bitcoin market now has a valuation in excess of $1 trillion. Rather it is also that very risky borrowers, especially in the highly leveraged loan market and in the emerging-market economies, can raise money at interest rates not much higher than those at which the U.S. government can borrow.

Today’s everything bubble has been inflated by the extraordinarily low interest rates produced by the massive amount of central bank money printing in response to the coronavirus pandemic. This raises the question as to what happens when the pleasant easy money music stops and interest rates start to rise. Past experience would suggest that when that happens, bubbles will start bursting and the emerging market economies will run into serious trouble as money is repatriated to the United States.

A basic problem with the Biden $1.9 trillion budget stimulus package is that it risks creating precisely such a scenario of rising U.S. interest rates that will burst the global everything bubble. It does so by risking a serious overheating of the U.S. economy.

At a time that the U.S. economy is still receiving extraordinary monetary policy support and at a time that it is characterized by considerable household pent-up demand due to the earlier coronavirus lockdown, the Biden stimulus will imply that the U.S. economy will receive fiscal support that would amount to a staggering 13 percent of the size of the U.S. economy. Being more than three times the size of the 2009 Obama budget stimulus, it is difficult to see how the Biden stimulus will not lead to a booming U.S. economy later this year that, in turn, will lead to overheating.

While Federal Reserve Chair Jerome Powell keeps assuring us that the Biden budget stimulus does not risk higher inflation, the bond vigilantes evidently do not share his view. Since the start of the year, they have driven up the key ten-year U.S. Treasury bond rate from below 1 percent to over 1.6 percent. There is the real risk that if the Federal Reserve remains in inflation denial, the bond vigilantes could drive U.S. long-term interest rates ever higher on the expectation of yet higher inflation.

In late 2008, Queen Elizabeth II famously asked her advisors why no one had warned her about the bursting of the U.S. housing and credit market bubble. Following that recent experience, today’s policymakers have no excuse for not anticipating the real risk that a bursting of an even larger bubble could wreak havoc on the global economy. One can only hope that when the global everything bubble does burst, they do not get caught as flatfooted as economic policymakers in 2008 by the bursting of the U.S. housing market bubble.