U.S. Election Fraud is Real—And It Is Being Ignored 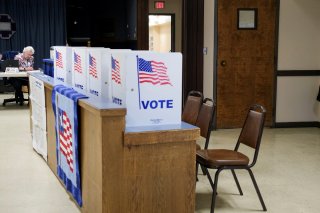 As our database makes clear, there are many ways to tamper with elections. Take the five local officials, including an alderman and fire chief, who were convicted for their efforts to rig the town’s 2017 municipal election in Canton, Mississippi, in that scheme that involved everything from voter registration fraud to intimidating and bribing witnesses.

Regarding the razor-thin margins of some of our elections, the Ohio Secretary of State Office reported that between 2013 and 2017, fifty-six elections resulted in a tie vote and eighty-six were decided by only one vote. In close elections, where every vote counts, a handful of fraudulent votes can alter the outcome, and thwart the will of the people.

Some of the claims made by USA Today and PBS are just plain senseless. For example, they criticize the database for using the date of conviction when listing a summary of a particular case because the conviction “may come years after the fraud,” as if that is somehow misleading. But the cases are listed consistently, by year of conviction or an official finding. Many of the summaries list the election in which the fraud occurred and other information to give as many relevant facts as possible. In any event, the summaries list hyperlinks to supporting documents and newspaper reports that give detailed information about the cases.

USA Today and PBS also criticize the inclusion of cases in which “no fraudulent votes were involved.” All that means is that the fraud, such as voter registration fraud, may have been caught before a fraudulent vote was cast. That is like claiming that a bank robber who was apprehended while still in the bank isn’t really guilty, and we shouldn’t worry about those types of attempted robberies.

Interestingly enough, USA Today and PBS have not spent any time or resources investigating, or reporting on, the findings of a recent report by the Public Interest Legal Foundation that exposed thousands of individuals who may have illegally voted more than once in the 2016 and 2018 elections. Or a 2017 report by the Government Accountability Institute that reported on approximately 8,500 individuals who may have voted twice in the 2016 election.

It is important to remember that every fraudulent vote that is cast invalidates the vote of an eligible voter. We have many close elections in this country, and plenty of people stand to gain financially or through increased access to powerful figures who have incentives to cheat, as well as some individuals who just want to provide a boost to their preferred candidate.

Americans deserve to have an electoral process that they can trust and that protects their most sacred right, and they have the right to know when the integrity of that process is imperiled.

Hans A. von Spakovsky is a Senior Legal Fellow at The Heritage Foundation. He is the co-author of Who’s Counting? How Fraudsters and Bureaucrats Put Your Vote at Risk.

FILE PHOTO: Voting booths are set up at a voting center at the Placerville Town Hall for the presidential primaries on Super Tuesday in Placerville, CA U.S., March 3, 2020. REUTERS/Gabriela Bhaskar/File Photo.