Is the U.S. Federal Reserve Opening an Inflation Pandora's Box? 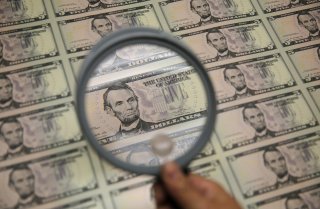 The late Dennis Robertson, a distinguished Cambridge economics professor, was fond of saying that economic fashion was like going to the greyhound races. If a person stood still long enough, then the dogs would come around one more time. One wonders whether the same might not now be said of the Federal Reserve following its shift last week toward a decidedly more relaxed inflation policy stance.

The Fed now seems to have closed the chapter of Fed policy initiated some forty years ago by Paul Volcker, which centered around the Fed being constantly vigilant about the inflation risk to the economy. Jerome Powell’s Fed has closed Volcker’s chapter by accepting that it will now tolerate periods of inflation in excess of its 2 percent target to compensate for earlier periods of inflation target undershooting. It has also done so by indicating that it will be in no hurry to raise interest rates in response to declining unemployment levels.

One can certainly agree with the Fed that there is no immediate inflation risk in the midst of the country’s deepest economic recession in the past ninety years. This is especially true given that unemployment has risen to double-digit levels and is expected to remain high for some time. However, there would seem to be a number of basic reasons to question how wise it was for the Fed to make a long-run policy shift to greater monetary policy ease at this particular juncture.

Among the more compelling reasons for questioning the timing of the Fed’s announcement is that there no longer seems to be any meaningful constituency in the United States for a responsible budget policy.

At a time that the Congressional Budget Office is estimating that the federal budget deficit could be on the order of an all-time record high of 18 percent of gross domestic product in 2020, Congress is presently contemplating a further major fiscal stimulus in the range of between 5 percent and 15 percent of GDP. Meanwhile, even in the academic community, all too many are being seduced by the Modern Monetary Theory’s assurances that in a low-interest-rate environment there is little to worry about large budget deficits.

By signaling now that it is not too concerned about inflation, the Fed would seem to be giving Congress the green light to embark on a policy of fiscal profligacy in the period immediately ahead. It is doing so even though history is littered with examples of prolonged periods of budget profligacy ending in tears.

Today’s Fed policy shift should also be seen against the backdrop of the Fed’s unprecedented degree of monetary policy loosening in response to the coronavirus pandemic. Indeed, over the past few months, the Fed’s balance sheet has increased by a staggering U.S. $3 trillion as the Fed went on an unprecedented bond-buying spree. The equivalent Fed balance sheet expansion following the Lehman bankruptcy that it took Ben Bernanke some seven years to do, Jerome Powell has managed to do in four months. That, in turn, has given rise to the fastest rates of increase on record in the broad U.S. money supply.

One would think that once the U.S. economy recovers, in order to forestall an inflation relapse the Fed will need to drain liquidity from the economy especially should there be little budget policy discipline. One has to wonder whether the Fed might not have complicated that task by seeming to have nailed its policy to the mast of keeping interest rates low for a very long time period.

There are yet two other reasons to wonder how wise the Fed chose this particular time for announcing an easier long-run monetary policy stance. At a time when the financial market in general and the stock market, in particular, appear to be in bubbles, how much sense does it make to risk fueling those bubbles with a long-run commitment to extraordinarily low-interest rates? Similarly, with the dollar now under some pressure as doubts resurface about the dollar’s long-run international reserve status, how much sense does it make to display a seeming disregard for the dollar’s value?

All of this is not meant to minimize the difficulty of economic policymaking at a time of extraordinary economic uncertainty. However, it is to question the wisdom of the Fed pre-committing itself to a long-run period of policy ease in the face of a seeming break down in a commitment to budget discipline and in seeming disregard of the lessons from past inflationary episodes.

John Kearns is a research assistant at the American Enterprise Institute.