Is the U.S.-Japan Alliance Still the ‘Cornerstone’ of Stability in Asia? 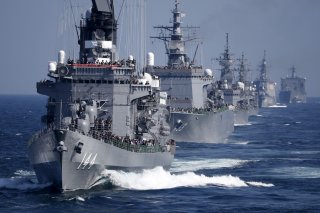 This puts the alliance in a bind. Alterations to U.S. basing posture are also alterations to the central physical manifestation of the Security Treaty of 1960. Radically downsizing U.S. deployments in Japan is a diplomatic nonstarter for now, but relocation within Japan will also be difficult. U.S. bases are a hot potato in Japanese politics, and the alliance has an unenviable record of implementing reforms. Relocating a carrier air wing from the Tokyo area to Iwakuni Air Station in Yamaguchi Prefecture took twelve years. The planned relocation of the Futenma Marine Corps base in Okinawa is still incomplete after twenty-four years. The United States should leverage the decreased potency of its forward deterrence to inject urgency into base dispersion and convince the Japanese government to put more resources behind a denial strategy. At the very least, proposals to forward deploy greater numbers of high-value units—such as another aircraft carrier—should be off the table. In the long term, bilateral expectations will have to evolve away from the idea that the credibility of the alliance hinges on forward deployments. It should instead rest on the capacity of U.S. and Japanese forces to mount a joint denial defense of Japan.

RENEWED JAPANESE strategic activism also poses risks for the United States. Throughout the Cold War to the early 2000s, alliance management was largely a function of American activism and Japanese passivity. Eager to contain the Soviet Union and pacify the Middle East, the United States sought greater Japanese commitments everywhere from the Korean Peninsula to the Persian Gulf. Less concerned by Russia’s weak hand in Asia and wary of entanglement in U.S. adventures, Japanese policymakers focused on economic development and did their best to fob off U.S. requests. Passivity was also an outstanding feature of the Japanese political system, which Kent Calder aptly described as a “reactive state.” A weak prime minister’s office was seldom able to impose strategic direction on a powerful bureaucracy, and foreign policy change, when it came, was usually in reaction to outside pressure.

Shifting threat perceptions and the efforts of multiple prime ministers to centralize decisionmaking in the cabinet have put an end to this pattern. China now solidly supersedes North Korea in the Japanese threat consciousness and has clearly emerged as the central motivator of Japanese foreign policy. Shinzo Abe, the previous prime minister, described Japan’s security environment as being at “its most severe since World War II” and compared Sino-Japanese relations to the pre-World War I rivalry between Germany and the United Kingdom. Nor is this only an issue for conservative hawks in Japan’s Liberal Democratic Party. Pointing to the threat from China, a Democratic Party of Japan government supplied the impetus to revise and strengthen the guidelines for U.S.-Japan defense cooperation, which describe nonbinding roles and responsibilities in the alliance.

At the same time, reforms to strengthen the policy leadership of the prime minister’s office have borne fruit, especially since the administration of Junichiro Koizumi (2001–2006). A new Cabinet Bureau of Personnel Affairs screens appointments of upper-level civil servants to ensure they are in sync with prime ministerial priorities and limit bureaucratic turf wars. National security and foreign policy prerogatives once spread across the Ministries of Finance, Defense, and Foreign Affairs have been centralized in a new National Security Council and National Security Secretariat under the cabinet. This prime ministerial “control tower” now has an unprecedented capacity to define and sustain coherent foreign and security policy initiatives.

Taken together, these trends have produced a basic shift in the character of the alliance. Japan is no longer a reactive state, and the stimulus to policy change in U.S.-Japan relations is increasingly located in Tokyo rather than Washington. The prospect of abandonment by the United States has decisively replaced entanglement as Japan’s main alliance anxiety. Conversely, as Jennifer Lind has cogently argued, this new dispensation has shifted alliance entanglement risks onto the United States.

A common cliché holds that Asian countries do not want to choose between China and the United States. But Japan has chosen. Spurred by alarm at Chinese actions, Japanese policymakers have doubled down on the alliance and secured greater U.S. commitments to specific Japanese priorities. In addition to the 2015 revision of the alliance guidelines, Japan has sought and received greater U.S. rhetorical backing for its administration of the Senkaku/Diaoyu Islands, which are claimed by China and Taiwan. Since the Obama administration, presidential confirmation that America’s security guarantee covers those islands has become a litmus test for sound alliance management. Whether this adds to regional stability is open to debate, but it is hard to argue it contributes to U.S. national security. Japanese officials have also sought and received greater influence over the setting of U.S. nuclear weapons policy. Worried the American nuclear umbrella is losing credibility, they have advocated for deployments of potentially destabilizing theater nuclear weapons to Asia and against U.S. adoption of a nuclear “no first use” policy.

Uniquely among the Asian allies, Japan favors an overt hard-line toward China on geopolitical matters. Where the Australians and Koreans have often been at pains to insist their security policies are not aimed at China, Japanese policymakers have been clear in their determination to construct a quasi-coalition to balance China. The Abe administration was the driving force behind the 2007 creation and 2017 resuscitation of the Quadrilateral Security Dialogue, an informal security club of India, Australia, Japan, and the United States meant to coordinate regional responses to China. It formulated the “Free and Open Indo-Pacific” concept to foster greater Indian and Southeast Asian participation in regional order-building as a means to dilute China’s growing influence. In a major Japanese diplomatic coup, the concept was incorporated into the Trump administration’s “Free and Open Indo-Pacific Strategy,” which in practice amounted to a recipe for zero-sum great power competition against China. Japanese policymakers celebrated the new American hard line, and Yoshihide Suga, the new prime minister, has reportedly pressed the Biden administration to continue it. Though generally nurturing of its economic relationship with China, Japan took the lead in bringing the Trans-Pacific Partnership to fruition, conspicuously justifying the deal as a response to China. It remains the only U.S. regional ally not to join China’s Asian Infrastructure Investment Bank.

The purpose of this litany is not to blame or gainsay Japanese policymakers. Their goals are perfectly reasonable from a Japanese standpoint. The problem is that Americans are unaccustomed to regarding Japan as a normal strategic player. The subject matter generalists who run U.S. foreign policy pay it little attention. As one former senior U.S. official told me, “everyone ignores Japan.” U.S. policymakers clearly have their own reasons to take an assertive approach toward China, but their general bias to stand “shoulder to shoulder” with allies could lead to overindulgence of Japan’s growing appetite for American security reassurance.

Japan’s sheer proximity to China means that regional developments favoring China are likely to look a lot more menacing in Tokyo than Washington. Taiwan is a relatively peripheral issue in America’s foreign policy discourse. For Japan it is existential. If Japan asks for an unequivocal U.S. guarantee of Taiwan’s security or for deployments of tactical nuclear weapons on Japanese soil, how should the United States respond? Requests like these may be forthcoming and blanket reassurance is unlikely to be the best American response. U.S. policymakers need to become more attentive to the risk that Japan will implicate the United States in unnecessarily competitive policies harmful to American interests. The remedy is not abandonment, but maturity and reciprocity. Japan is finally becoming an activist, sometimes ruthless defender of its interests—a “normal” nation, in other words. The United States needs to start treating it as such.

IN 1977, George F. Kennan described the U.S.-Japan relationship as “an unnatural intimacy”—a shotgun wedding of two remarkably different countries thrown together by the vicissitudes of history. The alliance was and remains a fundamentally elite bargain only weakly buttressed by ideological and cultural ties. It has persisted in large part because its capacity to protect Japan, keep the peace, and propagate American power has never been subjected to first-rank geopolitical stresses. The rise of China and the relative decline of the United States are beginning to change that.

Is Japanese military restraint valuable to the United States? Is the alliance a stabilizing factor in East Asia? Are U.S. bases in Japan an asset? Is Japan a passive U.S. client? In 1990 an objective U.S. policymaker could reasonably answer each in the affirmative. Today’s answers are much less clear, if not totally reversed. The implications go right to the core of the 1960 bargain. A failure to recognize them could relegate our most important alliance to the dustbin of history more easily than is commonly understood.

Evan Sankey is a Junior Fellow in Asia Studies at the Center for the National Interest.