Is the U.S. Military Ready to Defend Taiwan? 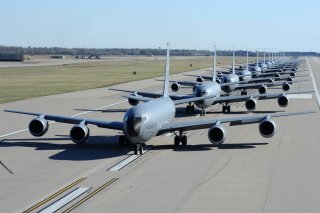 As the debate intensifies on U.S. policy related to the defense of Taiwan, it is useful to examine when and why the United States would carry out such a mission and the potential obstacles to a successful outcome. Is the United States prioritizing national security in its resourcing and budgeting decisions? Is the U.S. military on a path to success in modernizing its equipment, processes, and capabilities to maintain a competitive edge over China?

We may not have much time to align the answers to these questions.

China regards Taiwan—an island democracy with 23 million citizens—as a renegade province to be folded back under Beijing’s control. The 1979 Taiwan Relations Act does not require the United States to defend Taiwan but ambiguously states Washington will maintain the capacity to do so.

It is evident that Taiwan matters to the United States. China’s control of Taiwan would give the People’s Republic of China (PRC) a forward base 150 miles off the mainland, bringing Chinese aircraft and missiles much closer to vital trade routes and important U.S. allies like Japan and Australia.

The U.S.-China Economic and Security Review Commission’s most recent annual report to Congress, released in November 2021, finds that decades of improvements by China’s armed forces “have fundamentally transformed the strategic environment” and weakened military deterrence across the Taiwan Strait, diminishing the U.S. position.

Indications are that the moment of maximum danger in a conflict with China over Taiwan may be only a few years away.

If, as noted above, Taiwan matters to the United States and China’s capability to act against Taiwan is improving while the timeline for a potential action by China is shrinking, we must ask if the United States is properly resourcing the military to defend Taiwan if called upon to do so. Is the U.S. military currently set up for success?

The short answer is no.

The U.S. military currently has four key barriers to success.

First, defense is not a priority for the current administration, demonstrated by the fiscal year (FY) 2022 budget request.

Second, delays in annual appropriations and authorizations reduce buying power, hinder readiness, and delay the pursuit of a competitive advantage.

Third, the definition of defense has been expanded to allow for diversion of defense resources and diffusion of attention to non-defense priorities.

Fourth, institutional and statutory rules and processes do not promote speed and agility in testing, procuring, and integrating modern capabilities.

The administration, Congress, and the Department of Defense created these barriers to success. So, they are also fixable.

Defense Is Not a Priority

When the Office of Management and Budget (OMB) released the FY 2022 discretionary top lines for defense and non-defense departments and agencies in early April 2021, it was clear that defense was not a priority. The OMB press release on the subject did not even mention defense. The discretionary totals contain a nearly 16 percent increase for domestic activities, while the proposed defense number would not have kept pace with inflation, which at the time was much lower than it is now.

Upon release of the fiscal year 2022 president’s budget request to Congress in late May, the lack of attention to defense was further emphasized. The White House budget summary mentions no actual military capabilities.

The Biden administration’s proposed $715 billion Department of Defense (DoD) topline would not keep pace with inflation. As inflation skyrockets and the defense budget stalls, officials are cutting investments essential to the readiness of our national security apparatus.

Why is this a problem?

Since 2000, the DoD has spent about twice as much of its expenditures on operations and maintenance (O&M) costs as it did to procure new capabilities. As platforms age, their O&M costs skyrocket; and U.S. equipment is rapidly aging. The average aircraft in the Air Force is thirty-one years old, and some fleets average sixty years old. The majority of the Navy’s classes of ships are no longer in production. Additionally, in 2020, maintenance, refueling, and complex overhaul led to less than half of the carrier fleet available for deployments.

In contrast, the Pentagon recently reported that China’s People’s Liberation Army Navy had amassed the largest fleet in the world. It cited the acceleration of Chinese nuclear warfare development in its annual report to Congress on military developments involving China, and called a recent test-firing of a Chinese hypersonic missile “a near-Sputnik moment.”

The solution to this first barrier is that the administration should support the recommendations of the National Defense Strategy Commission by providing 3-5 percent real growth for defense spending. It needs to be real defense spending that will result in readiness and modern military capacity and capability.

The Democrat-led Congress even acknowledges the dangerous lack of attention paid to the national security budget. The FY2022 National Defense Authorization Act increased the DoD budget by $25 billion, or 3 percent over the requested amount. With appropriations still pending, the final FY2022 top line is unknown, but the Senate has also proposed increasing the budget by $23 billion over the request. The increases provided by Congress are admittedly a bit of a mixed bag since Congress has been guilty for years of diffusing defense resources to non-defense spending. Still, the signal that increases in defense spending are necessary is clear.

Within this top line, resources should be aligned to the readiness of the current force—to include incrementally integrating new capabilities into that force—and procurement of new capabilities that should be emerging from research, development, test, and evaluation (RDT&E) investments made over the last five to ten years.

The FY2023 budget should request real growth for defense and recognize that the United States is a global power that must be able to engage simultaneously in multiple areas.

The DoD is currently operating under a continuing resolution (CR) through February 18, 2022, the second so far for this fiscal year. CRs essentially extend last year’s funding and priorities into the new year to avoid a lapse in appropriations and government shutdown when Congress can’t agree on regular annual spending. When the current CR ends, DoD will have operated under temporary, damaging funding extensions like this one for nearly 1,400 days during the last twelve years.

CRs are expensive and damaging to national security. The longer the CR, the more the damage. In this way, and as noted frequently during Congressional testimony, CRs compound the harm already done by insufficient top lines.

Secretary of Defense Lloyd Austin explained in a statement that a full-year CR for FY 2022 “would cause enormous, if not irreparable, damage for a wide range of bipartisan priorities.” He said:

The department’s efforts to address innovation priorities such as cyber, artificial intelligence and hypersonics programs would be slowed. … It would misalign billions of dollars in resources in a manner inconsistent with evolving threats and the national security landscape, which would erode the U.S. military advantage relative to China, impede our ability to innovate and modernize, degrade readiness, and hurt our people and their families. And it would offer comfort to our enemies, disquiet to our allies, and unnecessary stress to our workforce.

During floor debate on the current CR on December 2, 2021, members of Congress repeatedly conveyed the importance of full-year funding. They stated that passing annual appropriations is their “most basic constitutional responsibility.” Industry has also conveyed the destructive nature of CRs through letters that members included in the congressional record. But despite clear comments on the cumulative, damaging nature of CRs to national security, the industrial base, uniform personnel, military competitiveness, and local communities across the country, and the unambiguous acknowledgment that enacting annual appropriations is Congress’ primary constitutional responsibility, members spent most of the recent debate in Congress blaming each other for not getting the job done.

Meanwhile, time ticks by, and the lack of sufficient and appropriately placed resources further inhibits the military capability necessary to carry out the nation’s strategy or defend Taiwan.

The solution to this second barrier is straight forward. Congress must start taking its responsibility to pass annual appropriations on time seriously instead of relying on continuing resolutions almost every fiscal year.

Third, non-defense spending in the defense budget continues to grow as definitions are expanded and resources and management attention are diverted to non-defense priorities.

Public perception is that the DoD budget is growing exponentially, and it only pays for military capabilities and operational spending. This is misleading. For years, the defense budget has included funding for programs and activities that do nothing to advance military capability or increase national security.

The Biden administration is redefining what is included in “national security.” It has further increased the amount of non-defense spending in the defense budget, compounding the problems associated with the declining defense top line and unreliable funding, and diffusing the U.S. ability to successfully carry out a defense of Taiwan mission.