Is a U.S.-Russia Reset Possible? 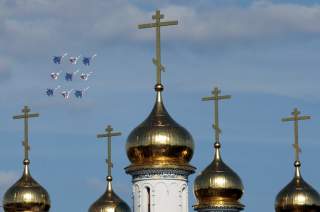 Since the end of World War II, virtually every president has attempted to reset U.S.-Russia relations. Harry S. Truman confided in his diary that he was tired of “babying” the Soviets when they didn’t carry out the obligations they had undertaken at Yalta. Dwight D. Eisenhower’s “Spirit of Geneva” sought to make a new start with Stalin’s successors. John F. Kennedy sought to recalibrate relations with his disastrous Vienna summit, in June 1961, which paved the way for the Berlin Wall and the Cuban Missile Crisis. Richard Nixon sought détente with the increasingly sclerotic Brezhnevite leadership. Jimmy Carter also tried to change the terms of U.S.-Soviet relations early in his term, as did Ronald Reagan, who famously proposed a new strategy—“We win, they lose.” Some of these resets were based on the need to get tougher with Russia and some were based on a desire to find common ground. But after the Cold War, all of the efforts went unrequited. The specific irritants in each case were different, but at the end of the day, all of them failed because the Russian reform project faltered in the late 1990s. As a result, rather than joining the liberal international order, Russia became a revisionist state whose fundamental orientation limited the scope for successful engagement with Moscow. That is why Trump’s reset will almost certainly fail—and a good thing, too, since accommodating Moscow’s current demands would almost certainly mean sacrificing traditional U.S. interests.

As in the past, resetting U.S.-Russia relations begins with the assessment by each side of the nation’s interests as understood by the political leadership. During the Soviet era, that largely meant managing the bipolar U.S.-Soviet competition to prevent miscalculation that could lead to a nuclear confrontation and, potentially, to a devastating war that, waged with thermonuclear weapons, would have made the level of destruction unthinkable. In the post–Cold War era, the concerns have been more prosaic, and have largely consisted of maintaining and enlarging the normative, rules-based liberal international order that constitutes what Robert Kagan calls “the world America made.” This initially meant trying to recruit Russia into the institutional structures of the order. More recently, it has entailed trying to limit Russian efforts to challenge the order.

The main obstacle to these efforts has been Putin’s personalized system of government, undergirded by a political and strategic culture that stresses deep-seated fears of disorder, foreign encirclement and surprise attack, and has been almost exclusively focused on regime survival and maintenance of the crony-capitalist kleptocracy that emerged from the chaos of the Boris Yeltsin years. The legitimacy of this edifice—what opposition leader Aleksei Navalny calls the “party of crooks and thieves”—rests on a shaky underpinning. It owes its success to the perceptions of stabilization and normalcy purchased by the post-9/11 surge in global oil prices, which benefited well-connected oligarchs as state-owned properties were reallocated by the ruler, in the same patrimonial style of the czars and the Communist Party. As Max Weber’s notion of “patrimonialism” has been described, it was a “regime where the rights of sovereignty and those of ownership blend to the point of becoming indistinguishable, and political power is exercised in the same manner as economic power.”

The color revolutions on Russia’s periphery, starting with Ukraine in 2004, remain the most serious challenge to Moscow’s perceptions of national interest. Shoring up the system required the domination of the national media, the burnishing of Putin’s image as a strong leader who has made Russia great again, and stoking public fears that Russia is surrounded by enemies (the United States and NATO) intent on denying the country its rightful place in the world. This does not mean that Putin is totally cynical about this (although he is one of the world’s biggest cynics)—as Eliot A. Cohen likes to say, it is not so much that statesmen say things they don’t believe, but rather that they believe the things they say.

Resolving the problems of Syria and Ukraine—the two biggest bones of contention between the United States and Russia before the blatant effort to interfere in the U.S. election—would have been a daunting challenge for any president, particularly since Putin sees both in the context of “color revolutions” whose ultimate goal is regime change in Russia. Any reset that satisfied Putin would require U.S. concessions on Ukraine and European security in exchange for dubious Russian promises. For a president whose son apparently sought damaging kompromat on his opponent during the election campaign, it is simply beyond reach.

Since alleviating Russian anxieties would likely embolden the destabilizing behavior we have seen in Syria and eastern Ukraine, that is probably a good thing.

Eric Edelman is counselor at CSBA and the Hertog Distinguished Practitioner in Residence at SAIS.