U.S.-Russia Summit: Why Biden and Putin Both Won 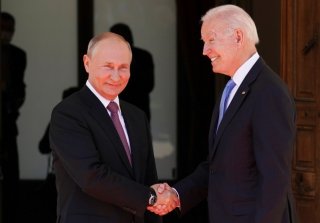 No, the Biden-Putin summit did not lead to the eradication of nuclear weapons or world peace. Nobody looked into each other’s eyes and declared that they could divine a beautiful soul. But nor was it the nothingburger that skeptics were predicting.

Start with the optics. For President Joe Biden, it was an opportunity to show that he could hold his own on the world stage; for President Vladimir Putin, that Russia matters. Both won by showing up and eschewing any drama. Putin was early. Biden didn’t take any gratuitous swipes. It was all business for both leaders.

For Biden in particular the summit could have gone badly. Russia hawks in both parties were noisily claiming that he was paying obeisance to Putin simply by meeting him. This was nonsense. Biden never equivocated, let alone went down the road that the former guy, as he likes to refer to him, followed at Helsinki in July 2018. What’s more, Biden was never worked over by Putin the way a manifestly unprepared John F. Kennedy was by Nikita Khrushchev in June 1961 in Vienna.

If anything, Biden appeared to have a realistic conception of what he could accomplish. He had solidified his support with the G-7 summit and NATO summit before meeting Putin. It all went smoothly, a testament to good planning by his staff. Biden’s palpable impatience with the American press corps, which seemed to think that he could wave a magic wand to alter Russia’s behavior, was understandable even if it was impolitic. Biden’s expectations were modest. “The bottom line is I told President Putin that we need to have some basic rules of the road that we can all abide by,” he said.

Indeed, Biden and Putin were able to take some baby steps toward restoring a semblance of a diplomatic relationship between Washington and Moscow. Put bluntly, resuming ambassadorial posts in Washington and Moscow is a no-brainer. Both sides also agreed about continued dialogue on cybersecurity and arms control. Their joint statement reaffirmed the principle that “a nuclear war cannot be won and must never be fought.” Other issues that Washington and Moscow will need to tackle include Ukraine and Syria, with Biden telling Putin of his “Unwavering commitment to the sovereignty and territorial integrity of Ukraine.” Putin stated, “as far as cybersecurity is concerned, we agreed that we would begin consultations on that issue.” His tone was not confrontational: “I think that in this situation, there can’t be any kind of family trust. But I think we’ve seen some glimmers.”

Indeed, we have. Biden’s velleities are clearly to thaw the deep freeze that U.S.-Russia relations have been in over the past several years and to focus on confronting China. So far, his national security team, led by Jake Sullivan and Jonathan Finer, is successfully implementing this approach. “I did what I came to do,” said Biden. The question is whether the Geneva summit will prove to be a one-off or a dress rehearsal for more sweeping agreements with Russia in coming years. For now, Geneva was a good start—and Biden has the wind at his back.