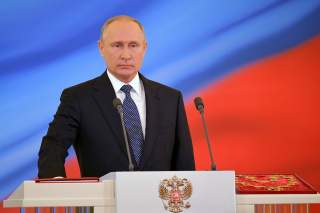 U.S.-Russia summitry has again moved to center stage. Unfortunately, while some think they are watching a comforting sequel—“Cold War II,” perhaps—and expect a similarly satisfying ending, today’s confrontation between Washington and Moscow has many new plot elements. More important, if the post–Cold War era has taught Americans anything, it should be that history has no final act (unless, of course, humanity manages to destroy itself). That means there is no final U.S. move or final political event in Moscow that will solve our Russia problem. Policymakers in the administration and the Congress owe it to the country to take the U.S.-Russia relationship much more seriously.

In fairness to the actors in the U.S.-Russia drama, there is no script for the unprecedented situation in which the United States and Russia, and their leaders, find themselves. Nevertheless, each side will have to do far better if they are jointly to salvage this situation. And it is not immediately obvious that staying under the bright stage lights and in front of an expectant audience—whether through a summit in Washington, as President Donald Trump has suggested, or in Moscow, as Russia’s President Vladimir Putin just proposed, is the best approach. One hopes that U.S. leaders will think carefully about how to proceed.

Reflecting on the recent Helsinki summit would be a useful place to start. The meeting between President Donald Trump and Russian president Vladimir Putin has become a massive political liability primarily because the administration mishandled its public aspects. This was most visible but probably least consequential in the president’s poor performance at his post–summit press conference with Putin. (A performance which, among other things, distracted attention from the flaws in Putin’s.)

More significant than the president’s bad day before the cameras was the administration’s failure to shape domestic and international narratives surrounding the summit either before or afterward. The underlying problem—something at the core of President Trump’s political problems in managing U.S.-Russia relations—is that neither the president nor his top aides have effectively explained their objectives in the U.S.-Russia relationship or the American national interests at stake. Trump has done this only occasionally and incompletely in references to how great it would be to work together in Syria and how dangerous nuclear weapons remain. Senior officials never elaborate this, however, as they appear focused on using their public statements about Russia to balance the president’s optimism about U.S.-Russia relations with reasonable (and more politically palatable) skepticism. This deprives the administration’s supporters of credible arguments even as it encourages its detractors to fill in the blanks with their own explanations for Trump’s policy.

More narrowly, the administration said very little about the Helsinki summit after it took place. Indeed, in the days following the meeting, nearly all the revelations about discussions there came from Moscow. As a result, whatever the Russian government decided to say about the summit—whether for domestic political purposes inside Russia or to appear more influential internationally—defined public discussion. Perversely, however, the Kremlin has been less effective in exploiting this than Trump’s domestic political opponents, who have used the administration’s relative silence to justify their outraged histrionics. Demands to interview President Trump’s Helsinki interpreter—something that even Trump opponent Sen. Lindsey Graham sees as an unacceptable infringement on the executive branch’s ability to manage foreign policy—flow directly from the administration’s failure to explain what it is doing and why. The Trump administration won’t be able to manage the U.S.-Russia relationship successfully if it can’t manage its own messaging.

Moreover, while additional presidential-level meetings may be useful and even necessary for the U.S.-Russia relationship, it is difficult to understand how President Trump could have viewed inviting Putin to Washington as a good idea. How many protesters did the president expect outside the White House as Putin’s motorcade attempted to reach it? And how would the ensuing spectacle persuade Putin that Trump is less constrained politically than he appears? Such an invitation might make sense as a private gesture to Putin, to demonstrate Trump’s determination to rebuild the U.S.-Russia relationship, but only with an understanding that the invitation would remain a private one until the U.S. political climate has cooled. If there was such an understanding, and the Russians violated it, then the president and the administration should have responded more forcefully. If there wasn’t, then they were reckless in not announcing the invitation themselves first. That would also have been quite controversial, though it might have come across primarily as a big middle finger to the president’s political opponents—in other words, quintessential Trumpian politics—rather than looking like something the administration wanted to hide.

If Trump wanted to meet Putin again, then he could have done so equally effectively and at less political cost by suggesting a neutral venue. There are many options with historic significance (Iceland’s Reykjavik, for example, where former President Ronald Reagan met Soviet leader Mikhail Gorbachev, or perhaps Malta or Geneva). There are other locations that would allow a symbolic meeting in the United States while discouraging big public protests, such as Alaska (which the United States purchased from Russia, of course) or Fort Ross, California (a relatively isolated former Imperial Russian fort, also originally among Moscow’s North American colonies, that has already hosted some nongovernmental U.S.-Russia dialogue meetings).

Putin’s very public invitation to Trump to visit Moscow may look like a no-lose proposition for the Russian president. On the surface, Putin’s invitation appears reciprocal—like Trump, he is expressing interest in another summit meeting. One level below this, Putin’s invitation demonstrates to Russia’s elites and public that their president has a new line of communication with his American counterpart, something essentially rejected by the Obama administration following Russia’s seizure of Crimea and later intervention in eastern Ukraine. Since Putin issued the invitation at a meeting of heads of state of the so-called BRICS countries—Brazil, Russia, India, China and South Africa—he was simultaneously able to make this point to them. This may be especially important to Putin in dealing with China’s Xi Jinping, in that Moscow’s terrible relationship with Washington has stimulated a growing dependency on Beijing. Two levels down, the Russian president has further stoked American anxieties about U.S.-Russia relations and especially Trump’s contacts with Putin. (Especially among those who think that meeting people from whom you want something is a concession.)

Whether Putin intended this last result or not, it highlights the extent to which Russia’s efforts at political influence in the United States seem counterproductive to Moscow’s long-term interests, almost no matter what one thinks Russia’s objectives may be. If Russia’s election interference and later social-media activity aimed to produce more favorable U.S. policies, then it has failed. If its goal was chaos and weakness, it has generated hostility and resolve. That Russian authorities at any level would not expect this backlash in the world’s sole superpower is particularly remarkable in view of their own resentment of U.S. attempts to shape Russia’s political evolution.

This in turn makes clear that if the Kremlin wants a less hostile United States, then its leaders may do well to spend considerably more time assessing the predictable consequences of Russia’s actions. Thinking about what Moscow could do to encourage genuine and lasting positive change in U.S. attitudes toward Russia rather than provoking hostility would also be helpful. Based on his experience in dealing with four successive U.S. administrations, Vladimir Putin may well have persuaded himself that meaningful cooperation with America is impossible. Yet for Russia, like for the United States, there are profound differences between a lack of meaningful cooperation and a reflexively hostile relationship in which each government is actively working to undermine the other’s interests and objectives. The latter relationship could present the most extreme dangers, up to and including a nuclear conflict. Putin can’t afford to forget that and neither can administration officials or members of Congress, particularly if they truly believe what they say about Vladimir Putin’s nefarious intent. Indeed, the most important summits between leaders in Washington and Moscow—during the Nixon and Reagan administrations—took place precisely when the two governments recognized the dangers of inveterate mutual hostility and sought to limit them. Can they do so again?