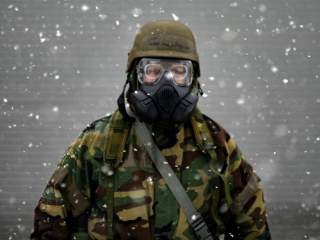 During last week’s session of the Disarmament Commission at UN Headquarters, Moscow and Washington discussed the obstacles to negotiating the reduction of their respective nuclear arsenals. This was at once full of significance and, ultimately, empty.

The terrorist attacks in Paris and Brussels, along with the crash of a Russian aircraft in Egypt, demonstrated the capability of Islamic State terrorists and the ineffectiveness of the existing security system. Acting within the borders of several countries in the Middle East, Islamic State has raised the question among experts and politicians about the chances of its acquiring a nuclear weapon or radioactive materials. In theory, there is a risk of ISIS creating a dirty bomb, which would require a small amount of radioactive material; the possibility of acquiring or stealing some remains high.

In addition, in contrast to the United States, Russia also faces risks of nuclear terrorism from within. Different Islamist groups inside Russia may be trying to acquire nuclear materials. Russia possesses about 50 percent of the world’s reserves of highly enriched uranium, and 20 percent of its plutonium. So theoretically, it should be the country most interested in improving nuclear security.

However, Russian officials were conspicuously absent from the Nuclear Security Summit that took place in Washington from March 31 to April 1. Russia’s minister of foreign affairs explained that there were several reasons for this omission. First, Russia said that the political goals of previous summits have been realized. As a political meeting, the summit format has outlived its usefulness. Further discussions should be carried out among nuclear physicists, special forces and engineers.

Although there is some truth in this, some political issues are still pressing. For example, the issue of the security of weapon stocks of plutonium and highly enriched uranium has not yet been raised at the highest political level. Stocks of nuclear material for the production of nuclear weapons still exist in all five nuclear-weapons states. However, it is not clear how well they are protected. This issue was not raised at any of the Nuclear Security Summits, and Russia has not initiated discussion of this issue.

Moscow’s next objection was that Washington takes the role of a primary and privileged player in the field of nuclear security. The Russian government supposedly objected to the lack of outreach during preparation for the summit, and the fact that the United States, South Korea and Netherlands supposedly enjoyed special rights in the run-up to and during the summit, as well as the fact that Russia was only invited to participate in one of the five working groups. In other words, Russia is not satisfied with merely participating in a matter on which it is one of the most significant countries in the world.

The Nuclear Security Summit is the brainchild of U.S. President Barack Obama, who set as an objective of his presidency the reduction of the role of nuclear weapons, looking toward the future of a nuclear-free world. The first summit was held in 2009, Obama’s first year in office, and it has been held once every other year since then. On April 7, Russian President Vladimir Putin said that he would have attended the Nuclear Security Summit in Washington if it were not “such an internal American affair.” It means that the problem of competition with the United States turned out to be more important than the problems of nuclear terrorism. By refusing to participate in the summit, Russia signaled that its pride was slighted. Moscow simply did not want to sign documents that it did not participate in drafting—even if Moscow supported them. Moscow demonstrated that it is ready to cooperate only if its role is one of leadership.

Moscow also expressed dissatisfaction with the fact that the summit wanted to make recommendations to international organizations and initiatives including the UN, the IAEA, the Global Initiative to Combat Nuclear Terrorism, the Global Partnership and Interpol. Russia’s means of legitimizing its power include membership in these organizations, and it saw these steps as an attempt to impose a limited group of countries’ opinion on those international organizations and initiatives. Moscow is not ready to accept this. But it is obvious that the summit never considered its decisions legally binding in the first place; moreover, the aforementioned structures have no obligation to follow any outside agreements. And would it come as a surprise if heads of countries and governments made recommendations to organizations and structures of which they are members?

Russia’s unwillingness to provide national and international security at the expense of political concessions to the United States was confirmed at the last summit at The Hague. At that summit Moscow parted ways with thirty-five other countries, refusing to accept additional controls on the control of nuclear materials. The summit centered on signing an initiative to implement actions strengthening nuclear safety, making internal procedures open to independent international evaluation. The Kremlin was offended by treatment as an ordinary element in matters of international security, seeing it as tantamount to being a mere cog in the regulatory system.

Not only did Russia refuse to participate in the Washington summit, which discussed the issue of WMDs falling into terrorists’ hands, but it once again showed that it is not ready for any kind of cooperation with the United States in the nuclear field. Formally, officials from Russia’s foreign ministry declared that Moscow was ready to cooperate with the United States, while advancing counterclaims or unpalatable preconditions. This can be interpreted as a sign that Russia does not plan to solve security issues.

Russia also criticized the United States for its failure to join the Convention on the Physical Protection of Nuclear Material and the International Convention for the Suppression of Acts of Nuclear Terrorism, as well as insisting that the matter of nuclear security be discussed within the framework of the IAEA.

At the summit, Obama once again appealed to Russia to continue negotiations to further the reduction of nuclear weapons. In response, Russia claimed that it was the United States that had stopped cooperating on military and political issues, after Russia’s aggression in Ukraine began.

Moscow still disapproves of the development of the missile defense system in Eastern Europe, the U.S. space program, the concept of “global strike,” the imbalance in ordinal weapons with NATO and “the expansive modernization of U.S. nuclear forces.” In this, Moscow sees an undermining of its own security, and it has concluded that it cannot conduct negotiations under such circumstances.

In addition, on April 7 of this year, Putin said that the United States did not fulfill an agreement on the disposal of weapons-grade plutonium in 2000. A plant to produce MOX fuel, necessary to comply with the agreement, was never established, while Russia has. Neither does Russia agree with an alternative method for the disposal of weapon-grade plutonium, which the United States has offered to use instead of burning it in nuclear reactors.

The deadlock of further negotiations in the nuclear field also stems from the fact that Moscow sees no prospect of discussing anything when relations between Russia and United States are in crisis. But Moscow does not consider its own activities in Ukraine to be among the causes, while the United States continues to impose sanctions and support a European policy of containment against Russia.

During the Cold War, the process of arms reduction talks itself marked the beginning of the end. Cooperation on this issue becomes a method of normalizing relations and ushering in a more secure world.

It is obvious that a contest for the control and maintenance of international security is taking place before our eyes. However, this is not a new phenomenon. The rejection of a coalition with the United States to fight terrorists in Syria is an example of this. Russia was not ready to cooperate with the United States in the fight against terrorism in Syria, or against nuclear terrorism. Instead, Moscow conducted its own independent Syrian policy in response—one having nothing to do with nuclear security.

This means that the negotiation process on any strategic issues is at a standstill. From Russia’s perspective, the negotiation process will only be possible when the United States takes the first step, whether by lifting sanctions or making concessions on missile defense. But considering that this is unlikely, not only will we see mutual accusations of undermining arms control, but also further military escalation in Europe, intensifying the confrontation.