The U.S. War In Afghanistan Is Over 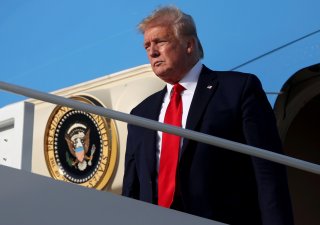 How did the US war in Afghanistan end? To judge by recent commentary and reporting, the Trump administration has ginned up the idea of a rapid drawdown before November as an election-year ploy, a sudden decision driven more by domestic politics than by the situation in Afghanistan.

Nothing could be further from the truth.

In reality, the U.S. war in Afghanistan has been ending for years, has more or less ended now, and has done so for good reason. The removal of the last tranche of U.S. soldiers is neither the sudden nor the decisive reckoning it is suggested to be.

The shift from initial success in striking Al-Qaeda and punishing the Taliban after 9/11 to a misguided venture at nation-building in Afghanistan is well-covered terrain. The notion of the war as one of “necessity”—rather one of “choice,” as in Iraq—led to a surge of U.S. troops in Afghanistan beginning in 2009. At the peak in 2011, more than 100,000 U.S. military personnel were deployed to the war-torn country.

But the story since then has been a years-long process of ending the war piece by piece, bit by bit. The reasons were clear enough. The Taliban and its zealous and severe ideology could not be eradicated. Neighboring Pakistan continued to shelter militants. And the Afghan government in Kabul was shot through with corruption, graft, infighting, and waste.

Even the Afghan National Defense and Security Forces, after a fortune spent by the United States, was all too often a fiasco. A third of Afghan forces do not reenlist each year, and causalities have been shockingly high. In recent weeks some 25 to 40 Afghan security members have been killed every day. Desertions and defections are rife, such as with the former general in western Afghanistan who joined the Taliban earlier this year. Afghan troops, too, have been accused of human rights abuses and sexual assault against children.

In all, local animosities, bitter grievances, and shifting loyalties have continued to stir the civil strife that long predated the U.S. invasion and will invariably continue long after.

Since 2011, then, sometimes by decision, other times by default, and always in response to these hard realities, the ending of the war commenced. Troop levels were reduced to the point that today fewer than 10,000 US soldiers remain in the country. At the same time, land was quietly ceded to insurgent control. As recently as 2015, the government in Kabul controlled nearly three-quarters of the districts in Afghanistan. The last such public report, from late 2018, revealed Kabul controlled only around half of the country’s districts.

Nor has the Taliban felt any real compulsion to participate in stable governance with the leadership in Kabul. Its members view democracy as a foreign-imposed sham, and they participate in the ongoing peace negotiations believing them to be merely the precursor of the group’s return to power. As a May 27 UN report noted, “The Taliban remain confident that they can take power by force.” In the meantime, its ranks have reportedly swollen to some 60,000 active fighters.

All of this has been clear for years, so much so that majorities of both U.S. veterans (58%) and the American public (59%) say the war in Afghanistan was not worth fighting, according to the Pew Research Center. Now, to be fair, in practice, by drawing down troops, by pairing down U.S. involvement and attention in the war, and by shifting focus to other areas and to other issues, Washington has indirectly acknowledged as much. But acknowledging it openly has been a problem. “There’s an odor of mendacity throughout the Afghanistan issue ... mendacity and hubris,” John Sopko, the special inspector general for Afghanistan reconstruction, said in testimony before the House Foreign Affairs Committee earlier this year. “The problem is there is a disincentive, really, to tell the truth. We have created an incentive to almost require people to lie.”

So, then, did the United States lose? In a word, no.

The United States was successful in its initial, justified, and limited objectives of decimating Al-Qaeda and the punishing the Taliban. The murky and unnecessary project of building a democracy in Afghanistan was never to be found anyway. Such victory, properly understood, does not lie ahead in Afghanistan, and it is not decisive. Victory is, instead, thwarting the ambitions and capabilities of international terrorists, one day at a time, through targeted efforts. This better approach to counter-terror can and will continue to be done as it is done in other countries, with a robust range of measures including vigilance, intelligence, surveillance, and unilateral strikes when necessary. U.S. military support of the government in Kabul in its fight against the Taliban—one far different from that dispatched by U.S. forces nearly two decades ago—should end. These last 10,000 U.S. troops are simply the last of a too-long ending.

John Richard Cookson is a writer and researcher based in Chicago. He previously worked for the Chicago Council on Global Affairs, CNN, and The National Interest.