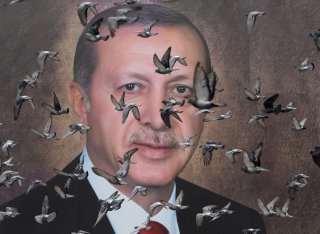 For decades, Turkey was a staunch Cold War ally. One of only two NATO members to border the Soviet Union, Turkey went above and beyond in its partnership with the United States: Turkey contributed more men under arms to NATO than Germany and France combined. Turkey subsequently joined the Baghdad Pact and Turks fought alongside the United States in the Korean War. Behind the scenes, Turkey proved crucial to numerous intelligence and counter-terror operations.

With the end of the Cold War, bilateral relations remained strong, at least until the rise of Turkish prime minister Recep Tayyip Erdoğan. Slowly but deliberately, Erdoğan turned away from the West. He picked fights like a master tactician, confident that he could find former ambassadors and others in the State Department, White House, or pay-to-play think tanks. He artfully played and rewarded those inclined to apologize for any Turkish outrage or desperate to preserve the alliance. The frequency of U.S. elections and new U.S. administrations—at least in comparison to the last two decades in Turkey—meant Erdoğan could always find an American official eager for a reset. Often, those seeking to promote rapprochement with Turkey argue that repairing the relationship is necessary given the broader strategic imperative of checking Russia’s and Iran’s geopolitical ambitions.

The idea that Turkey can be a bulwark against either is magical thinking. It rests upon an embrace of an Istanbul bubble not representative of broader Turkish thinking, a wholescale embrace of the notion that Turkey’s depiction of its enemies and its narrative of history is accurate, and an anachronistic idea that Turkey has not changed over the decades. The idea that it is possible to ignore the ideology and volatility in Erdoğan is analogous to embracing Iranian reformists in the hope that they will somehow nullify the influence of the supreme leader. Likewise, to believe that nearly two decades of Erdoğanism has not changed Turkish society is to believe that twenty years of Khomeinism did not change Iran. Both are foolish delusions.

Consider, for example, the notion that Turkey checks Russia’s interests. In May 2010, Russia and Turkey signed energy cooperation agreements to give Turkey its first nuclear power plant, with help from Russian energy companies. Earlier this year, Russian president Vladimir Putin and Erdoğan jointly celebrated the start of the construction of the new Akkuyu power plant.

Such cooperation has become the rule rather than the exception. Turkey’s purchase of S-400 missiles from Russia has made headlines not because it represents a lucrative contract for Russia, but because the integration of S-400s into Turkey’s air defense would require compromising NATO electronics and computer codes to Russian engineers. Even if Turkey kept the S-400s on a separate system, they might be used to track and gather data on NATO air platforms.

In 2016, the two counties signed an agreement on the TurkStream gas pipeline and, on January 8, 2020, they launched the pipeline. To suggest Germany’s pursuit of Nord Stream 2 is pro-Putin (it is) but, by omission, bless Turkey’s involvement in the TurkStream pipeline defies logic.

Syria has become a flashpoint for Turkey’s Islamist ambitions. The reason why American officials from both parties ignore Turkish complaints about U.S. partnership with pro-PKK groups is not because of some conspiracy to promote Russian or Iranian interest as some suggest, but rather because Turkey’s partnership with the Islamic State forced that cooperation in the first place. Given how Turkey and Russia often appear on separate sides in the Syria conflict, it might be possible to argue that Turkey’s involvement checks Russian ambitions. The problem, however, is that Turkey’s approach to Syrian president Bashar al-Assad is inconsistent. In May 2007, the PKK derailed a train in Turkey that was carrying rocket launchers, mortar shells, and light arms to Syria, likely destined to Hezbollah. For example, in 2008 and 2009 Erdoğan was hosting joint cabinet meetings with Assad and vacationing with the Syrian dictator on the coast of the Mediterranean Sea.

Certainly, the Syrian civil war changed perspectives but, on January 24, 2017, Russia, Turkey, and Iran signed an agreement to establish de-escalation zones and essentially cooperate to create spheres of influence in Syria. Damascus and Ankara replicated the same model in Libya and in Nagorno-Karabakh as well. Officials in both Armenia and Artsakh—as the self-styled Armenian state in Nagorno-Karabakh calls itself—openly speculate that Turkey traded influence in Idlib to Russia in exchange for the Kremlin agreeing to greater Turkish involvement in the South Caucasus.

It is true that Turkey’s relationship with Russia has not always gone smoothly. In October 2012, Turkey forced a Syrian passenger plane to land, accusing it of carrying Russian munitions leading Russian officials to accuse Turkey of endangering Russian passengers. Three years later, Turkey shot down a Russian military jet close to the Syrian border. Putin called the move a “stab in the back.” Russia suspended military contracts, instituted a travel ban against Turkey, and implemented sanctions in response. After Erdoğan apologized, however, Russo-Turkish relations resumed where they had left off. Erdoğan’s use of the Gülen bogeyman to deflect blame from the consequences from his own policy choices proved useful in papering over other crises, such as when an off-duty Turkish police officer assassinated the Russian ambassador to Turkey. Certainly, tensions remain and the Kremlin is not afraid to play hardball with Erdoğan but whether out of ideological symbiosis or trade, neither Erdoğan nor Putin appears willing to break their embrace. The two leaders have met nearly two dozen times in either Turkey or Russia since 2012, and that figure does not include phone calls, video conferences, or mutual attendance at multiparty summits in third countries. Nor does it factor in Turkish intelligence chief Hakan Fidan’s frequent travels to Moscow. The money at stake is significant. In 2019, Turkey’s exports to Russia totaled $4.15 billion, and Russian exports to Turkey were five times that amount.

It is likewise farcical to believe Turkey can be a bulwark against Iranian influence. When, in 2010, Erdoğan appointed Fidan to be his intelligence chief, alarm bells sounded in Western capitals where his Western counterparts knew him as an Iran sympathizer if not an asset. To couch a renewed Turkish alliance as good for Israel or Jews is absurd. Fidan not only personally supervised efforts to unravel Turkey-Israel ties but also ordered Turkish intelligence actively to monitor Jews. He killed two birds with one stone when he allegedly exposed an Israeli spy ring targeting Iran’s nuclear program and has also betrayed intelligence to Hamas and China. Under Fidan, Turkey also endangered American forces by exposing the locations and supplies of U.S. forces operating in Syria.

To suggest, in each case, that Turkey is simply acting in pique toward some sleight or following its own interests misses the point. Strong allies share not only short-term interests but also a broader ideological base. This has been the key to ensuring the stability of the post–World War II liberal order. The Turkish government, however, no longer shares common values with the United States or the West. Nor after two decades bombarded by vile anti-Western, anti-Semitic propaganda does a Turkish public, at least that beyond a few central Istanbul neighborhoods, some more cosmopolitan areas in Ankara, and the Mediterranean coast. Forty percent of the Turkish population has lived the entirety of their conscious lives under Erdoğan’s domination.

To excuse Erdoğan as transactional is equally bizarre. In times of crises, allies do not seek to engage both sides in a bidding war for Turkey’s affection but that is at best what Erdoğan now tries to do.

Turkey is skilled at caviar diplomacy; I know. While I never solicited nor received Turkish money (or that of any other foreign state), I was a frequent guest at Turkish conferences until the Erdoğan regime grew frustrated with both my refusal to promote its party line and my willingness to talk directly in the spirit of independent research to those it deemed enemies.

Turkey continues to throw out the red carpet for those who amplify its narrative and offers golden parachutes for diplomats who amplify Turkish interests. Conversely, it restricts access to academics and policy analysts who do not tow its party line. Such enticement, however, is not only intellectually dishonest but also makes for buffoonish policy prescriptions, the notion that Turkey today can be a bulwark against Russia and Iran chief among them.