The US/EU Alliance: Divided We Fall 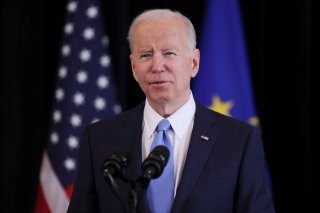 The strong security alliance between the United States and Europe in opposing Russian aggression has demonstrated why the world needs Transatlantic unity to preserve peace. But when it comes to another existential challenge, taking on China’s authoritarian capitalism and the gravitational pull it exerts around the world, we are falling short. Instead, Europe and America are bickering, with irritants ranging from digital trade to industrial policy threatening to unravel more than seventy-five years of shared leadership in global commerce.

Why does that matter? Because responding to the aggression inherent in China’s state-driven economic model is as vital as standing up to military challenges. The threat might be less dramatic, but over time it is insidious and we risk losing the very underpinnings of our free societies. China’s success in deploying vast state power to capture world markets and technological leadership, coupled with its growing military might, is an existential security challenge. China’s rise has also eroded support for open trade—already wavering—in both Europe and the United States, especially when coupled with the disruptions of Covid-19, supply chain constraints, and now Russia’s war. As a result, our policy focus has turned inward, with reshoring and regionalization the buzzwords of the day.

Yet pulling back from world markets and pinning our hopes on self-sufficiency would be a tragic mistake. World trade is still growing; strategic sectors are globalized. Ignoring this reality and failing to align U.S. and European interests is a dangerous bet. We each need to build economic strength at home and maintain a leading edge in innovation, but not at the expense of disengagement from the battle to maintain our joint global gains.

In that battle, the power of strategic alliances is decisive. We are living in a new reality of “fractured globalization,” where trade policies still matter but play out in realigned spheres of influence with altered patterns of trade and investment. Multilateralism will still exist but shaped more by competing blocs than by purely multilateral exercises. Against this backdrop, regional and a la carte alliances reign supreme.

Both Europe and the United States need diverse alliances around the world. But for historical and commercial reasons, the Transatlantic bond must be our indispensable cornerstone, singularly able to play the role of standard bearer for market democracy in a realigning world. As EU trade commissioner Valdis Dombrovskis said in Washington last month, it is “crucial that the EU and US stay on the same page as we face overlapping global challenges.” Neither Europe nor the United States should use a country’s level of democratization as a sole litmus test for a trading relationship, although Europe’s overreliance on Russia for energy has been a difficult lesson for us all. At the same time, when the United States and Europe lose sight of the importance of our alliance—including in the economic realm—authoritarian regimes rejoice.

We have encouraged some joy on this score. Some long-standing bilateral troubles have been swept under the rug, but recent steps to join forces have fallen short of true strategic alignment. Even worse, both sides are adopting policies drawing us further into commercial conflict. A glance at the EU push for “digital sovereignty” or restrictions on agricultural imports, to say nothing of U.S. chips policy or its scheme to localize electric vehicle manufacturing, leaves us wondering if either side understands the existential importance of this moment in history, which demands more.

This dynamic undermines our competitiveness, undoing hopes for a shared economic security agenda. Instead, we should deploy mechanisms like the G7 and the U.S./EU Trade and Technology Council (TTC) to reverse this narrative. To be successful, we must grasp the dangers of fighting over local content requirements and data regulations while Rome burns. Choosing proactively to not hit the economic interests of one another demands a sense of urgency and political impetus from the top. Our agenda needs to be bigger and bolder, eliminating discrimination and embracing Transatlantic unity while seeking to make supply chains more resilient and addressing economic pressures at home. Only together can we meet today’s geopolitical threats, and only together (along with allies such as Japan, Korea, and others) can we craft future multilateral trade rules.

By closing gaps in our respective visions of the future geoeconomic order—and not prejudicing one another’s companies—we can navigate this era of great power competition 2.0. It is time to signal to the world that Europe and the United States are aligned, with less daylight than ever before. The alternative is unthinkable.

Kellie Meiman Hock is a Managing Partner at McLarty Associates and the former Director for Brazil and the Southern Cone in the Office of the United States Trade Representative.