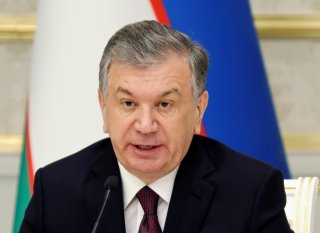 Uzbekistan has assumed a leadership role in crafting an approach to the Taliban-led Afghanistan. Driving Tashkent’s behavior is a concern about instability spilling northwards. Uzbeks, however, are not simply looking to mitigate risk; rather, they are pursuing an ambitious agenda to promote economic connectivity and regional development. Though Uzbekistan’s connectivity project is unlikely to bear fruit anytime soon, incremental progress will provide a modus vivendi for dealing with Afghanistan, and Central and South Asia more broadly. Washington and its allies should support Tashkent’s efforts or face the alternative of more warfare in two contiguous but increasingly unstable strategic regions. This is in nobody’s interest.

Considering the uncertainty of Afghanistan’s internal stability, the latter goal will be particularly challenging to achieve. Nevertheless, regional connectivity is a critical long-term development instrument through which Afghanistan, even if ruled by the Taliban, can make progress toward stabilizing its socio-economic situation. More importantly, promoting the concept of Afghanistan as a transit state facilitating trade between Central and South Asia could incentivize the Taliban regime to move away from ideological oppression and cater to the needs of Afghanistan’s 40 million people. At the very least, the Taliban regime, which is struggling with massive governance and economic challenges, could be incentivized to reduce its emphasis on ideology.

Of all of Afghanistan’s neighbors, Uzbekistan is best placed to lead this effort. Even though Pakistan has the most direct influence in Afghanistan, it is a severely weakened state facing a major domestic Talibanization problem. Iran also has considerable influence in Afghanistan, however, Tehran would only further radicalize the Taliban. In many ways, the Iranian regime represents the only model for the Taliban to emulate as they reinforce their theocratic government. The Iranians have an interest in leveraging international isolation of the Taliban to encourage Afghanistan’s new rulers to embrace ideological geopolitics. Meanwhile, the other two Central Asian states that border Afghanistan, Turkmenistan and Tajikistan, both lack the capacity to shape the future of Afghanistan.

Uzbekistan already has a head start in engaging with the Taliban regime, especially with regard to providing humanitarian assistance to the Afghan people. These measures have allowed Tashkent to establish a close working relationship with Afghanistan’s Taliban rulers through which the Uzbek government has gained significant clout.

Additionally, Uzbekistan has also gained an appreciation of the challenge of trying to influence the Taliban away from its medieval theocratic ideals. As a secular Muslim state that, in the past six years under the leadership of President Shavkat Mirziyoyev, has pursued a policy to allow for more space for Islam in civil society, dealing with the Taliban is a challenge that Tashkent has shown remarkable diplomatic skill in handling.

We have to also appreciate that Tashkent doesn’t just have to worry about an Islamist regime on its southern flank. Russia’s war in Ukraine has major implications for the country and the region. Recent unrest in the western autonomous region of Karakalpakstan, possibly instigated by Russia, was an unpleasant surprise. Similarly, Kazakhstan experienced domestic upheaval earlier this year that has led to domestic political and economic changes in Central Asia’s largest state. Clearly, Uzbekistan is living in a tough neighborhood.

Therefore, the United States and its Western allies should support Uzbekistan’s initiative to promote stability and connectivity in Afghanistan, especially at a time when there is a need to diversify hydrocarbon imports and reduce reliance on Russian energy. It would also provide a way to counter China’s regional Belt & Road Initiative projects. For Central Asia to provide electricity and gas to South Asia, stability in Afghanistan is a necessity. The international community must assist Uzbekistan in its efforts to convince the Taliban that it is in their interest to cooperate and reap the benefits of regional geoeconomics.

In the short-term, land-locked Uzbekistan could establish trade routes that traverse the more secure parts of Afghanistan through Pakistan to reach the Indian Ocean and beyond, as well as through India and Bangladesh to Southeast Asia. Uzbekistan will need help from its allies and partners in the West to do this. The Tashkent Conference has the potential to not only help Uzbekistan manage Afghanistan but enhance security and stability across Central & South Asia.

Kamran Bokhari, Ph.D., is the director of analytical development at the New Lines Institute for Strategy and Policy in Washington, DC. Bokhari is also a national security and foreign policy specialist at the University of Ottawa's Professional Development Institute. He has served as the coordinator for Central Asia studies at the U.S. Department of State's Foreign Service Institute (FSI). Follow him on Twitter at @KamranBokhari.