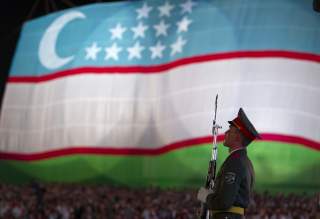 In official Washington, which is routinely awash in foreign dignitaries, it’s all too easy to miss the comings and goings of world leaders. But even by the rather selective standards of the Beltway, last week’s state visit of Uzbekistan’s president, Shavkat Mirziyoyev, was noteworthy because it provided policymakers with an authoritative glimpse into the momentous changes now taking place in Central Asia.

Since taking office in December 2016, following the death of Uzbekistan’s founding president, Islam Karimov, Mirziyoyev has spearheaded a series of sweeping reforms affecting virtually every aspect of life in the historically autocratic Central Asian state. The effort—codified in February of 2017, when the Uzbek parliament formally adopted Mirziyoyev’s National Development Strategy—is ambitious and unexpected. It marks a significant departure from the established political trajectory of Central Asia’s most populous state, which U.S. and European officials had long written off as an authoritarian backwater.

Economically, Tashkent has mapped out an ambitious effort to attract foreign investment. This has entailed implementing major steps to make the country more competitive, which includes such measures as loosening currency and exchange controls and transforming the Uzbek som into a fully convertible currency. The results have not been long in coming. Last year, Uzbekistan saw a surge in bilateral trade with its neighbors, as well as billions of dollars worth of new deals concluded by Uzbek businessmen and commercial enterprises.

Domestic job creation has also become a key focus. Over the past two decades, a dearth of domestic jobs has propelled Uzbek laborers abroad, and the country’s migrant workforce is now estimated at more than two million souls. More than a few have succumbed to the lure of Islamist ideas while overseas, making the creation of greater opportunities at home a necessary step to insulate the population from future radicalization.

Mirziyoyev’s reforms have also begun to reshape Uzbekistan’s national politics. At home, the new president has focused on fostering greater judicial independence, reining in the role of the country’s previously unaccountable security services, and offering greater protections to the individual rights of citizens on criminal, civil and societal matters. Abroad, meanwhile, Mirziyoyev’s administration has made regional integration a top priority. After a quarter-century of fragmentation, the past year has witnessed a surge in diplomatic contacts among the five Central Asian republics, as well as a spate of new transportation and infrastructure links between Uzbekistan and its neighbors.

Progress is also palpable on the social front. The country, previously deeply defensive over its domestic practices, has exhibited a new openness to engage with international monitors like Human Rights Watch and the UN’s High Commissioner for Human Rights. It has moved to formally abolish the practice of forced labor. And, while reinforcing the secular nature of the state, it has simultaneously launched a major effort to reclaim its historic role as a source of religious authority—including by creating new national institutions to popularize Uzbekistan’s brand of “enlightened Islam” throughout the region, and beyond.

All of this is genuinely ambitious and far-reaching. But Mirziyoyev also understands an important reality: that the changes he is seeking to implement are only as durable as the international support they receive.

That is why Uzbekistan played host to a high-profile UN-sponsored conference in Samarkand last fall. The conference brought together a range of foreign dignitaries, as well as the foreign ministers of all five Central Asian states, to discuss prospects for regional integration and development. The message was clear: Mirziyoyev’s reform project may have started in Uzbekistan, but it doesn’t have to end there. The Uzbek president’s visit to the United States is a logical outgrowth of the same effort—and an attempt to share his vision with a country capable of giving it a significant boost in terms of investment and international legitimacy.

For its part, the Trump administration is clearly paying attention. During his visit, Mirziyoyev enjoyed unprecedented access to the administration, complete with a two-hour one-on-one meeting with President Trump himself.

This level of engagement reflects the fact that policymakers in Washington have begun to wake up to the changes taking place in Uzbekistan. It should also be read as an important sign that the United States believes the reforms being undertaken by Mirziyoyev’s administration are both genuine and sustainable.

That is most definitely a good thing. Over the past decade, the bilateral relationship between Washington and Tashkent has been lackluster at best, impeded by a legacy of concerns over Uzbekistan’s domestic practices and its lack of leadership on the regional stage. Mirziyoyev is clearly attempting to alter this equation. The warm reception he received in Washington suggests that the Trump administration, too, is looking to turn the page.

Image: A soldier stands in front of the national flag during an Independence Day celebration in Tashkent August 31, 2012. Uzbekistan is marking the 21st anniversary of independence. REUTERS/Shamil Zhumatov