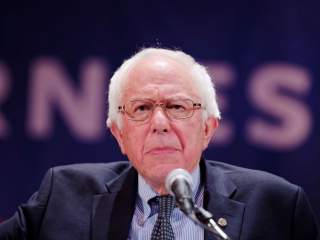 The republic of Venezuela is teetering towards economic armageddon.

That’s not the prelude to an overhyped gold commercial on talk radio; it’s a sober assessment of the South American nation’s woes. The IMF predicts inflation in Venezuela will mushroom to 720 percent this year. The economy shrank by 5.7 percent in 2015 and hasn’t experienced positive growth since 2013. Venezuela’s currency, the bolívar, has shed 93 percent of its value in two years. The country has literally run out of food, forcing the government to declare a “nutritional emergency.”

For President Nicolás Maduro, who inherited Hugo Chávez’s commitment to Chavista socialism but none of his charisma, the culprit—as usual—is the United States’ “economic war” on Latin America. The impenetrable Maduro has used the crisis to double down on socialist policies, targeting those who violate rationing rules and further collectivizing the farm system. As a last resort, he recently took a cue from North Korean Juche and encouraged citizens to become self-sufficient by growing gardens, a plan complicated by the fact that 83 percent of Venezuelans live in cities.

The Venezuelan people, unsurprisingly, regard this approach as inadequate. They responded in a resounding election last month that gave opposition parties a supermajority in the National Assembly, Venezuela’s legislative branch. This led many American conservatives to cheer and pose a morose contrast between Venezuela and the United States: while the former is ditching Chavismo after years of failure, the latter is swooning for the presidential campaign of Bernie Sanders, a self-described “democratic socialist.” Socialism, it seems, is waxing in North America just as it’s waning in Latin America.

Is this really true? To answer that question, we need to explore what’s actually happening in Venezuela.

During his early days in power, life under Chávez was actually rather good. Venezuela is essentially a petrostate: oil is responsible for 95 percent of export earnings and 25 percent of GDP. During the boom time of the early aughts, abundant revenues allowed Chávez to fund extravagant government programs for the poor, similar to how the Saudi monarchy sculpted a generous social contract with its citizens around oil money.

But recently, Venezuela has been hit by a savage one-two punch. First, the United States—which Venezuela simultaneously scapegoats and depends upon for exports—became the world’s number one producer of oil and natural gas thanks to fracking. And second, Venezuela horribly mismanaged its own oil production through, among other abuses, mass firings after a strike in 2002 and a nationalization program in 2006 that created tension with giants like ExxonMobil and ConocoPhillips. While capitalism made America into a petro-power, socialism enervated Venezuela’s oil industry. This is what Maduro obfuscates as “economic war.” To compensate, the government began printing more money, but this only inflated the currency. A recent pact between Venezuela and other OPEC members that counters the worldwide oil glut by freezing production is likely to prove just as ineffective.

These are the seeds of Venezuela’s collapse: American ascent, government incompetence and hostility to outside investment that borders on isolationism (in the actual sense, not the Jennifer Rubin sense). Now the question is how far the opposition will go to remedy troubled Chavismo.

First, they’ll need to hang on to their newly acquired power. Opposition parties have already ceded the supermajority they won in this year’s elections after Maduro’s judiciary probed three candidates for alleged voter fraud. Those candidates stepped down last month, and while the opposition claims they still have a supermajority based on the number of filled seats in the Assembly, against the number of total seats they come up short. The Supreme Court is likely to insist on the latter calculation, given that it’s stacked with Maduro partisans. Meanwhile, the Court has approved emergency powers that allow the president to trample on the legislature. Much of the opposition’s efforts this year will be spent fending off Maduro’s abuses, attempting to reform the judiciary and insisting on other priorities, like the release of political prisoners, rather than implementing economic policy.

Revulsion to the overreaches of Chavismo binds together the opposition, known in coalition as the Democratic Unity Roundtable (MUD). But hold up the magnifying glass and you find a heterogeneous gaggle of parties, independents, and indigenous people representatives without a central pole like Chávez around which to unite. And while unfriendly Venezuelan media has obsessively characterized the MUD as “right-wing” and “pro-American,” that’s not entirely true. “Justice First,” the party inside MUD with the most Assembly seats, offers this bite-sized manifesto: “what is needed is a strong state that has clear rules and enforces and encourages companies to produce the quantities and varieties of the products that we all [need as] Venezuelans”—hardly a Hayekian formulation. The second and third most powerful parties, Democratic Action and A New Era, are members of the Socialist International. The MUD is center-right only if you’re peering through Venezuela’s Overton window.

Still, the opposition parties aren’t nearly as extreme as Maduro’s United Socialists, and have shown some appetite for privatization and economic diversification. Already, they’ve introduced a bill that would privatize the country’s housing mission, which led one MUD member to remark: “We believe in a Venezuela of property owners.” That’s encouraging—just don’t expect them to make a full-throttle Thatcherite lurch towards neoliberalism anytime soon. Indeed, neoliberalism is still a dirty word for many Venezuelans, who blame capitalists for impoverishing the country during the pre-Chávez days. The more likely model will be to spread both political power and economic wealth among the people—a less centralized and more democratic flavor of socialism than what the regime offers.

That brings us back to Bernie Sanders, the democratic socialist. There’s a reason young progressives are buzzing excitedly about his candidacy. Whereas Chavismo represents Venezuela’s past—Chávez’s revolution began fifteen years ago—it’s neoliberalism that’s been tried for decades here in America. Sanders offers a departure that seems fresh, even if it’s based on ideas that are themselves anachronistic. Thus are some Americans looking leftwards at democratic socialism, while many Venezuelans gaze rightwards at the same thing. Yet with Hillary Clinton winning over superdelegates and Maduro further entrenching, this year seems unlikely to bring significant change in either nation.