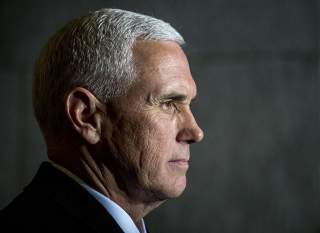 Nothing beats the personal touch. The ability to be heard in the most exclusive center of government power—the Oval Office—and the presence of a trusted and knowledgeable interlocutor at the highest levels to clarify issues and head off potential crises is the dream of almost every foreign representative in Washington, DC. Despite proximity, history and massive business and cultural ties, Latin America and the Caribbean generally have a more difficult time than others in getting their issues in front of the U.S. president.

Understandably, agencies entrusted with the management of international affairs, such as the State Department and Treasury Department, also prioritize threats, crises and the largest global economies; this tends to relegate the western hemisphere to the bottom of the priorities list. In a sense, that’s a good sign, because it means ISIS isn’t running around causing havoc in Latin America, while the threat of systemic financial crisis is virtually nonexistent compared to a generation ago. But it also means there is the potential that otherwise close, vibrant and mutually beneficial relations will suffer from neglect.

Now, as the Trump administration looks to rethink and revise policies on trade, immigration and other issues that directly impact regional relations, the ability to conduct a serious, substantive dialogue including the establishment of a meaningful channel for inevitable disagreements is even more important than before. Mexico already has a high level, if fitful dialogue, with the White House and relevant agencies. But most of the others can only read the news and wonder what’s in store for them on trade and investment or immigration and security.

There is an early opportunity for President Trump to appoint a special envoy for the Americas.

To be effective, the special envoy would need to speak for and have ready access to the president. He or she would need to be able to work well with cabinet officials and Congress while maintaining a genuinely sympathetic ear for the region. The individual must also have the ability and desire to reflect concerns in the policymaking process. That argues for a senior-level political leader who values the region, understands its importance to the United States and its citizens, and can be an effective two-way interpreter between the President and regional leaders.

The position has a rich history. Most recently, Vice President Joe Biden fulfilled the role on behalf of President Obama, with a mandate to reach out to regional leaders and troubleshoot when required. Biden’s role was clear in moving beyond the Edward Snowden-generated electronic eavesdropping scandal with Brazil. He helped the United States to restore relations with the largest regional economy and an important global player after they had been frozen.

Others have also fulfilled similar duties. For example, Bill Clinton had two special envoys, his first chief of staff, Mack McLarty, followed by the former Florida Lt. Gov. Buddy MacKay. The first of the modern era, Nelson Rockefeller, served both FDR and Richard Nixon in an envoy capacity. While not an envoy per se, former Commerce Secretary Carlos Gutierrez filled an expanded role on hemispheric issues for George W. Bush.

Should he want the role, there is one person in the Trump administration who would be a natural: Vice President Mike Pence. Like Biden, Pence is a senior politician with strong support in the base of his party. He is in tune with the policies of his president. As the former governor of a state both industrial and agricultural, Pence has seen firsthand the connection between trade with Latin America and Canada and economic growth and job creation at home. And during his years in Congress he raised his voice in favor of human rights abroad. Building on the recent meeting that he and the president had with Venezuelan human-rights leader Lilian Tintori and Republican Sen. Marco Rubio at the White House, he has the credibility to rally the hemisphere in favor of a more active agenda to rescue Venezuela from economic and humanitarian turmoil.

For their part, the region would welcome a gesture from President Trump asking the Vice President to take on a more active role on hemispheric affairs.

The portfolio wouldn’t be easy, especially if some regional leaders object to the president’s underlying policies, which is the reason—now more than ever—for the envoy mantle to be passed from former Vice President Biden to Vice President Pence.