Wanted: A Give-And-Take Diplomacy for the North Korea Crisis 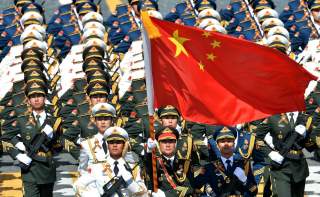 Let me play for a moment the academic and question the international-relations theory that underlies the Trump administration’s approach to pushing China to help curb the North Korean nuclear threat. Much of that approach seems to be building on what could be called the Dale Carnegie theory of international relations. Trump asks Chinese president Xi Jinping nicely to help; Xi demurs; Trump voices his disappointment—as if the two were members of a country club and Xi did not help him set up for some social event.

First, Trump used flattery to gain Xi’s assistance. “I have great respect for [Xi],” he told the Financial Times in April. “I have great respect for China. I would not be at all surprised if we did something that would be very dramatic and good for both countries and I hope so.” He also described Xi as “a man that I’ve gotten to like and respect” and noted that the Chinese president “has been putting pressure on [Kim] also.” However, as time passed and Xi did not deliver, Trump publicly expressed his personal disappointment: “So much for China working with us,” he said in one tweet. He also noted in another tweet that “North Korea is behaving very badly. They have been ‘playing’ the United States for years. China has done little to help!”

Sometimes, American diplomacy seems to be based on a modern teacher-pupil relationship, one in which the pupil gets an “A” for effort, and not because he or she earned the grade. Thus, this may be why Trump said on Twitter that “North Korea has shown great disrespect for their neighbor, China, by shooting off yet another ballistic missile . . . but China is trying hard!” He also said, “While I greatly appreciate the efforts of President Xi & China to help with North Korea, it has not worked out. At least I know China tried!”

What about the sanctions? Sanctions can have an impact—if imposed by the international community rather than merely by one nation—but it takes years before they have a significant impact. Trump’s sanctions on a Chinese bank and two individuals who engaged in financial transaction with North Korea are a case of international-relations theater. The sanctions are mainly for show. They allow one to claim that America did not sit idly by when North Korea tested an intercontinental ballistic missile.

Sometimes it appears as if the president realizes that when it comes to international relations, America often deals with harder currency than flattery and mild censure. At other times, he seems to believe that some vague hints of give-and-take will suffice. Thus, he tweeted: “Why would I call China a currency manipulator when they are working with us on the North Korean problem?” Also, he implied that China would benefit from assisting America with that problem. “I think China can help us, we talked about trade, and I can tell you China will do much better on trade if they help us with North Korea,” he said.

Recently, several talking heads joined Trump in writing off China as a possible partner in solving the very serious crisis posed by the development of North Korean nuclear arms and intercontinental ballistic missiles. That write-off seems premature if one proceeds under the assumption that if Nation A asks a great deal from Nation B, then Nation A will have to offer commensurate payoffs in return. North Korea remains extremely committed to its nuclear project, especially after its regime observed what happened to Ukraine and to Libya once they gave up their nuclear capabilities. Meanwhile, Iran’s boundaries and regime remain intact. To get North Korea to give up its nuclear program, China must put maximum pressure on its only major ally and accept some rather painful risks. Those risks include the possible collapse of the Kim regime, the subsequent flooding of millions of starving refugees into China, and U.S. troops moving to China’s eastern border. Altogether, it’s a big ask.

If one is serious about seeking China’s support, then one must ask, “What is ‘a big give’ that would match ‘the big ask?’” Fortunately, there are major Chinese concerns the United States could address at a reasonable cost. For instance, China is very concerned that the anti-missile batteries the United States installed in South Korea might render China unable to retaliate if it came under a nuclear attack. The United States could readily commit itself to remove these batteries on the condition that the North Korean nuclear program is defanged. Similarly, the United States could commit to not positioning its forces on Chinese border, even if the two Koreas united. Other items come to mind, but one must acknowledge that the United States no longer holds the hegemon status that it once had, and that it cannot demand major concessions from other nations without properly addressing their concerns.

Granted, the United States’ “big give” may not be big enough; however, before the Trump administration writes off China—and finds that it is left with very poor options for dealing with North Korea—it ought to make a serious attempt at a give-and-take diplomacy. Maybe someone in the Trump administration can write a new chapter for the Art of the Deal.

Amitai Etzioni is a university professor and professor of international relations at George Washington University. He is the author of Avoiding War with China.