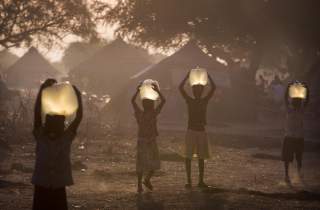 U.S.-Sudan relations have ranged from outright hostility to limited diplomatic engagement since Sudanese president Omar Hassan al-Bashir ascended to power in 1989, yet the Obama administration spent the past two years seeking to improve bilateral relations. The Obama administration announced plans to ease some sanctions against Sudan earlier this month. That decision was made in recognition of Sudan’s counterterrorism cooperation with the United States against Al Qaeda and the Islamic State. Additionally, partial sanctions relief was a reward for Sudan’s reduction in offensive military activity and its pledge to maintain a cessation of hostilities in Darfur, southern Kordofan and Blue Nile. Now, for the first time since the 1990s, the country can trade with the United States while attracting badly needed foreign investment. In exchange, Khartoum must sever support for rebel factions in South Sudan, permit international aid groups entry into Sudan and cooperate with U.S. intelligence agencies going forward.

The Obama administration’s overtures toward Bashir’s regime came amid important geopolitical developments in Sudan’s foreign policy, which have made closer allies of Khartoum and Washington, DC. Over the past three years, Sudan has pivoted away from Iran and aligned with Gulf Cooperation Council members against Tehran. Sudan’s military role in the U.S.-backed, Saudi-led campaign in Yemen, and Khartoum’s decision to sever diplomatic relations with Tehran a year ago, highlight Sudan’s strategic shift toward Washington’s Arab Gulf allies.

Israeli officials have urged their American counterparts to make positive gestures toward Sudan and increase Washington’s dialogue with Khartoum as a reward for the country’s pivot to the GCC, and for breaking off ties with Iran. Also, late last year European Union officials enhanced cooperation with their Sudanese counterparts in dealing with migration flows, human trafficking and refugee crises. The enhanced cooperation was implemented despite an outcry from many Western human rights groups. Now, the key question going forward is whether the Trump administration will enhance Obama’s overture toward Khartoum or maintain Washington’s two-decade-old policy aimed at isolating and punishing Sudan.

A Sponsor of Terrorism or a Partner Against It?

The State Department’s Country Reports on Terrorism 2015 concluded that Washington, DC and Khartoum “worked cooperatively in countering the threat posed by al-Qa’ida and ISIL.” The department made this declaration despite the fact that Khartoum still permitted Hamas members to raise money, travel and reside in Sudan as late as 2015. The report also noted that the country’s use for “Palestinian designated terrorist groups appeared to have declined” as did its support for other terrorist organizations, such as Abu Nidal Organization. Also, although Al Qaeda and ISIS remained active in Sudan in 2015, the government’s support for Al Qaeda had ceased.

A 2014 State Department report found that the Central Bank of Sudan and its Financial Information Unit had provided all Sudanese financial institutions with a list of UN-recognized terrorists (as well as one provided by the U.S. government), and praised Sudan for continued cooperation with the Financial Action Task Force. Additionally, the report recognized that Khartoum had taken measures to comply with international standards to counter the financing of global terrorism while adopting an Anti-Money Laundering and Combating Terrorism Finance Act.

If Khartoum has essentially severed support for armed groups, which the U.S. government classifies as terrorist organizations, and is helping Washington counter others, then is it justifiable to maintain Sudan’s designation as a state sponsor of terrorism? In truth, the State Department’s reasons for adding or removing countries from the list are not always about governmental ties to terrorist organizations. Other diplomatic, political and security issues influence such decisionmaking. For example, the Bush administration removed North Korea from the list to reward Pyongyang for reasons pertaining to the country’s nuclear program. Also, the Obama administration delisted Cuba after Washington and Havana restored relations. Today, Sudan remains on the list primarily due to its unresolved domestic conflicts, although the official reason is that Khartoum has fading ties with armed Palestinian factions.

The Future of U.S.-Sudan Relations

The Trump administration should ask itself whether Washington’s efforts to isolate the Khartoum regime have improved the humanitarian crisis in Darfur or advanced any other U.S. interests. Also, Washington’s policies against Sudan benefited China by pushing Khartoum closer to Beijing. Although the White House announced no plans to remove Sudan from the State Department’s list of state sponsors of terrorism, the decision to ease sanctions appears to indicate that the Obama administration viewed the past two decades of sanctions as a failed effort to alter Bashir’s style of rule that forced the average Sudanese citizen to pay the price for the government’s conduct.

In all likelihood, Sudan will not be one of Trump’s top-tier priorities at the outset of his presidency. Furthermore, the current political climate in the United States makes it difficult to imagine the State Department removing Sudan from the list in the near term. There is a strong Darfur lobby in Washington, DC and an array of civil society groups that pressure American officials to continue applying international pressure on Bashir on human rights grounds. As long as the International Criminal Court maintains its warrant for Bashir’s arrest on charges of war crimes, crimes against humanity and genocide, any push for a U.S.-Sudan rapprochement would undoubtedly meet opposition from Democrats. Some of Trump’s Republican allies and activists in the United States and elsewhere would also be opposed to such rapprochement.

In his confirmation hearings, Trump’s pick for secretary of state, Rex Tillerson, answered a question from Sen. Bob Menendez regarding ExxonMobil’s European subsidiary, Infineum, doing business with Sudan. Infineum reportedly made $600,000 from sales to Sudan between 2003 and 2006, when Tillerson was its CEO and served in other high-ranking positions at ExxonMobil. That was after the United States had imposed sanctions on Khartoum. Menendez suggested that Tillerson had put “profit” above “patriotism” by implying that Tillerson’s business dealings with Sudan had undermined Washington’s foreign policy, even if they were legal (Infineum had no American employees and the entity met all legal requirements).

Could the prospect of opening up Sudan to U.S. businesses ultimately propel the Trump administration to pursue a rapprochement with Khartoum? Given that Trump’s foreign-policy rhetoric has always steered clear of human rights, it is not hard to imagine. As is the case with other Arab League members, such as Bahrain and Egypt, where human-rights issues created problems with the Obama administration, the leadership in Sudan appears to welcome a new administration, which is expected to de-emphasize the promotion of democracy and human rights issues. Instead, the Trump administration will focus on completing business deals and counterterrorism cooperation. In Bashir’s words, “it will be much easier to deal with Trump than with others because he is a straightforward person and a businessman who considers the interests of those who deal with him.”

With Bashir having initiated such an overture to Trump, an improvement in Washington-Khartoum relations should be possible. It remains unclear, however, whether Trump will address Sudan differently than his predecessors, or what political risks the forty-fifth president would be willing to accept by pursuing a rapprochement with a regime led by a president who remains wanted by the ICC on war crimes, crimes against humanity and genocide charges. Officials in the new administration should ask themselves whether maintaining Sudan’s terrorist designation and continuing to impose economic sanctions on Khartoum will help the United States and the international community find realistic solutions to the human suffering in Darfur and other parts of the country.

Trump should, at a minimum, pursue an open dialogue between the United States and Sudan that is aimed at reaching out to the Khartoum regime as well as the country’s political opposition, private-sector businessmen, influential religious and tribal figures, and other members of society. If Bashir genuinely desires an improved relationship with the United States as his country’s economic health continues to suffer from the sanctions, then Khartoum may well continue demonstrating good will to Washington and key U.S. allies. The Trump administration could begin a new chapter in U.S.-Sudan relations by offering new opportunities to the people and businesses of both countries and giving the Sudanese people hope for a better future.

Giorgio Cafiero is the Founder and CEO of Gulf State Analytics and an Adjunct Fellow at the American Security Project. Daniel Wagner is Managing Director of Risk Cooperative and coauthor of the new book Global Risk Agility and Decision Making.