Wanted: A Strategy for the Indo-Pacific Region 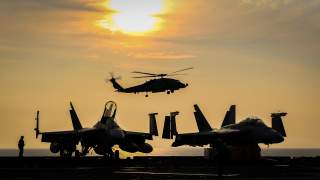 Four months ago, Singaporean foreign minister Vivian Balakrishnan stated that Singapore would not be joining the Free and Open Indo-Pacific (FOIP) because he did not know what the strategy entailed. In fact, the United States has not released a formal FOIP plan. At the time of his statement, public descriptions of the developing strategy had been confined to President Trump’s speech at the Asia-Pacific Economic Cooperation CEOs Summit and a press event at the State Department. At the time, the world knew only that the United States was pursuing an international rules-based order built around the centrality of ASEAN (Association for Southeast Asian Nations) and defined as free and open. Congressional testimony on May 15 provided a more refined statement of the principles “free” and “open,” but did not speak to the manner in which FOIP would achieve them.

Secretary Mattis used his speech at the Shangri-la Dialogue to highlight the need for Indo-Pacific countries to cooperate in shaping the region’s future and outlined four themes of the FOIP strategy: 1) expanding attention on the maritime space; 2) improving interoperability with partners; 3) strengthening rule of law, civil society, and transparent governance; and 4) enabling private sector-led economic development. These themes provide an outline for how the United States intends to bring about the FOIP, but are broad lines of effort. As of yet, there are no specific initiatives for regional leaders to buy into.

In order to succeed, the FOIP must convince regional leaders that the United States is building a new regional order worth signing up for. Principles and themes for implementation are important, but the United States must demonstrate the willingness and ability to implement its vision. In the language of strategic planners, the United States has described the ends (principles) and the broad ways (the themes) of its strategy, but regional partners want to see the means (the tools used to implement the ways), which remain undisclosed.

Regional fears of flagging U.S. commitment suggest the FOIP should be implemented quickly. Since the FOIP is cooperative in nature, the means selected must be used in concert with partners. In fact, policy manifestations should encourage states to participate in multiple initiatives that uphold this order so they will become accustomed to working cooperatively towards that end. Additionally, the 2017 National Security Strategy and the FOIP themes recognize the requirement for these actions to span the components of national power: diplomatic, informational, military and economic. Taken together, these points suggest U.S. initiatives to implement the FOIP be narrowly focused, varied, easy to join, and interest-based.

Individuals are not motivated by a script, destiny, or orders they must obey. Rather, they seek to pursue their own interests, gain and maintain their own values, and increase their own flourishing. Often, the effectiveness of these efforts can be increased through cooperating with others. However, cooperation cannot take place at the point of a gun, or where no common interests exist.

Through CCIs the United States will seek those issues on which it has common interests with others in the region and begin acting in concert to gain or maintain the targeted interest. These interests should be narrowly defined so negotiation over their meaning is limited, allowing the CCI to rapidly begin functioning. Importantly, the United States must not be distracted by the siren song of a comprehensive regional-security architecture. Instead, it must pick low-hanging fruit that many countries can support to quickly establish the concept and demonstrate its efficacy.

A similar idea was offered in 2014 in Responding to Indo-Pacific Rivalry: Australia, India, and Middle Power Coalitions. Rory Medcalf and C. Raja Mohan argue for an approach to regional security built around “middle power coalitions.” Shunning new security structures or institutions—which they view as infeasible—they opt for an “array of overlapping coalitions that seek to improve the national security of their members through flexible partnerships defined by geography, capabilities, interests, or shared functional objectives.” Though they eschew the United States and PRC as members of these coalitions, it is not the size or influence of the powers that participate, but issue-specific coalitions founded on shared interests that lend the concept its value.

The FOIP is important in this regard due to its conscious attempt to define shared values as the foundation for closer cooperation regionally, not just with treaty allies or traditional partners. The United States and regional states should find many narrow interests they agree upon and build coalitions, not by taking sides, but taking interest—specifically their common interests in security, stability, and the freedom to pursue individual prosperity.

The issues around which interest-based multilateral coalitions can be built span the components of national power, but they need not be comprehensive in execution. Each individual CCI can span two countries or the entire region in participation. A natural starting point is law enforcement, not writ large, but focused on individual issues. In fact, law enforcement is an area where significant cooperation already occurs. Instead of replicating forums or information-sharing mechanisms that already exist, CCIs should focus on the actions to protect interests so that partners have a direct stake in maintaining an Indo-Pacific region that is free and open.

Counter-trafficking in persons (CTIP) is one area in which a great deal of cooperation already occurs, especially in the education, information sharing, and recovery fields. Forming a CCI is a natural extension of this cooperation. The implementation of a CTIP CCI could take the form of patrols with multinational crews of rotating leadership operating off a mix of participating country vessels. These patrols will act on intelligence concerning people-smuggling routes to stop trafficking in progress. Although brought together for one specific task—CTIP at sea—this CCI reinforces the values of free and open individuals, countries and commerce, while demonstrating U.S. commitment to a new regional security scheme and reinforcing the importance of regional states as participants and beneficiaries of cooperative security.

Maritime patrols are attractive because they visually communicate the strength of international partnership while emphasizing the strategic themes of focus on the maritime environment and interoperability. Other maritime CCIs could reinforce international treaties or protect international waterways to strengthen the rules-based international system. Maritime CCIs will also enable partners to build the skills, relationships, and procedures that ensure interoperability in a crisis. Moreover, the requirement to reduce costs and use taxpayer dollars efficiently encourages smaller operations that leverage combined resources of partner countries. However, concrete FOIP initiatives must quickly move beyond a maritime patrol for every issue. States must form CCIs around all manner of interests and cooperatively develop methods for protecting them.

Protecting individual rights speaks directly to the theme of private sector-led development, including the right of individuals to trade their property in a free and open international system. Businesses are often hamstrung by tariff and non-tariff barriers at home and abroad that limit access to markets traders would otherwise be turning into destinations for investments and sources of income. In other words, states are standing in the way of wealth creation and prosperity for the individuals involved in any trade that happens to take place in their jurisdiction.

Trade liberalization under FOIP should not be done not by hundreds of delegates from dozens of states attempting to hammer out comprehensive pacts. After all, state-to-state trade deals are still state-managed trade. Liberalizing trade through government pacts is better than not liberalizing trade at all, however, trade pacts remain state-interference in free economic exchange, with bureaucrats picking economic winners and losers.

Economic liberty CCIs could be built by selecting a particular good or service and declaring the United States will eliminate all tariffs on it for any economy that will do the same—immediately. Once a single partner agrees, that initiative becomes a CCI and any state that joins demonstrates a commitment to pursue their shared interest in economic freedom and the open flow of that good or service. The next day, another tariff or trade barrier is be eliminated and another CCI formed. As communities grow, the power of individual economic actors will begin linking countries faster than any state-directed planning initiative could, and with greater benefits for all partners involved.