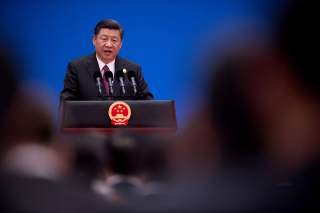 China is engaging in a nearly trillion dollar play for the future of Afro-Eurasia—called the Belt and Road Initiative—and has so far caught the United States flat-footed. Unless the United States works with key allies and partners to craft a forward-leaning response, it risks replicating the strategic failure that occurred in the South China Sea. The result could be a China-centric economic and security order extending across Eurasia and along the Indian Ocean rim.

Observing Beijing’s approach to the South China Sea in late 2013, American leaders experienced a failure of imagination. They did not anticipate the ambitious scope of China’s land reclamation. At over 3,200 acres, China has reclaimed an area equivalent to more than 20 percent of the island of Manhattan. Additionally, American leaders did not envision the cascading military and diplomatic consequences of a slow-moving U.S. response, which gave China the opportunity to project power more than five hundred miles from its mainland and undermine U.S. credibility by demonstrating to the region that China could unilaterally change the facts on the ground without paying a significant price.

The potential strategic implications of the Belt and Road Initiative vastly overshadow the stakes in the South China Sea. The initiative aims to knit together Asia, Europe and Africa through land and maritime corridors that collectively encompass a set of countries representing about 65 percent of the world’s population and one-third of its total economic output. China plans to spend roughly $150 billion a year to advance the initiative through infrastructure projects ranging from railways and roads, to ports and pipelines, to power plants and telecommunications networks.

Some observers have questioned whether China can succeed in this enormous undertaking. Beijing’s impressive track record in other herculean endeavors—turning a closed and backward economy into the largest single contributor to global growth and transforming a “junkyard army” into a “high-tech force capable of regional dominance”—suggests that it would be a mistake to underestimate China’s ability to implement the vision its leadership has articulated for the Belt and Road Initiative.

That vision will have profound implications for the United States. It could usher in an economic order that places Beijing at the center of new web of physical and digital infrastructure. Although a more connected Afro-Eurasia could hold significant opportunities for U.S. companies, China could alternatively decide to leverage its uniquely favorable position to tilt the economic playing field to its advantage.

China’s infrastructure investments will also have long-term diplomatic and military consequences. Many of the countries welcoming Chinese financing under the Belt and Road Initiative have no ability to repay their loans. Permanently indebted to China, they will become trapped in unequal diplomatic relationships. As China looks to expand its military presence overseas to safeguard its sea lines of communication, countries caught in the debt trap created by the Belt and Road Initiative will have little choice but to acquiesce to Chinese requests for military access.

While China’s vision takes physical shape, including in the form of a permanent military base in Djibouti, the United States has yet to formulate a strategic response. Now is the time.

Given the sweeping geopolitical consequences of the Belt and Road Initiative, a purely oppositional approach may prove tempting. But it would be a mistake.

American leaders tried several years ago to encourage a boycott of China’s Asian Infrastructure and Investment Bank. Unfortunately, they miscalculated how difficult it would be to restrain allies and partners from joining a Chinese initiative that promised to deliver them economic benefits. A similar approach to the Belt and Road Initiative will fail.

Instead, the United States should put forward a strategic response that seeks to shape the Belt and Road Initiative where possible and compete smartly where required. This approach should appeal to U.S. allies and partners—a critical constituency. The vast scope of the Belt and Road Initiative and the level of resources that China has dedicated to it mean that the United States alone cannot respond effectively.

With U.S. withdrawal from the Trans-Pacific Partnership trade negotiations, a geoeconomic void exists in U.S. statecraft. A strategic response to China’s Belt and Road Initiative will help to fill that void—and ensure that nations across Eurasia and Africa can benefit from Chinese investment without becoming modern day vassal states.

Kliman is a senior fellow with the Asia-Pacific Security Program at the Center for a New American Security. He served as senior advisor for Asia Integration at the U.S. Department of Defense until July 2017.

Image: Chinese President Xi Jinping speaks during a briefing on the final day of the Belt and Road Forum, at the Yanqi Lake International Conference Centre north of Beijing, China May 15, 2017. REUTERS/Nicolas Asfouri/Pool