In War, the Economic Weapon Is No Silver Bullet 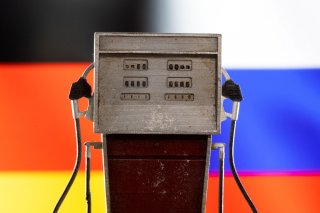 Mulder sets to illuminate the early history of sanctions—known then as “The Economic Weapon,” as the press dubbed them—starting from the first blockades of World War I. From there, he expounds on sanctions’ evolution to the interwar years; their further development during the brief period where the League of Nations thought it figured them out (as seen with the sanctions on Italy during the invasion of Ethiopia and the Japanese interventions in China); and ultimately, their reinvention during World War II, where the “positive economic weapon” had its time in the sun. Through all this, Mulder shows how the “positive economic weapon” would be the preferable option when deploying economic tools for the purposes of warcraft, despite being tragically left on the wayside due to the ease with which sanctions can be implemented—in comparison to the considerable logistics effort that spinning up positive aid programs (such as the Lend-Lease program) requires. It is an enlightening tome, with lessons for experts and policymakers on the application of sanctions in contemporary conflicts.

It is the Sino-Japanese conflict that Mulder best chronicles during the early days of sanctions. Japan’s actions during the interwar period and then later during the Second Sino-Japanese War demonstrate how Tokyo’s quest for self-reliance eventually led the Japanese Empire to a disastrous end.

In the 1930s, Japan suffered an unfortunate trade policy split between the approaches adopted by its two key political factions. The “total war” faction of the Japanese army and the “reform bureaucrat” faction of the Japanese bureaucracy desired an autarkic economy that would be de-facto fueled by brute force industrialization and resource exploitation in places like Manchukuo. Their rivals, a cadre of state officials, unofficially led by then Finance Minister Korekyio Takahashi, understood the need for economic openness, as many of the resources necessary for development could only be sourced abroad.

With Takahashi’s assassination in 1936 by ultra-nationalist army officers, the balance broke. With the Finance Ministry unable to resist the military’s demands for spending increases, the reform bureaucrat faction took over and began guiding Japan’s economic development. While the total-war officers and reform bureaucrats did indeed have a plan for autarky, the maverick nature of the officers in Manchukuo derailed their preferred implementation. When a Japanese garrison suddenly skirmished with Chinese forces at Marco Polo Bridge in 1937, de-facto starting the Second Sino-Japanese War, a number of economic doors were closed shut.

Mulder illustrates the limited usage of the positive vs. negative approach in the trade policies the United States undertook with Japan at the start of the conflict. Despite the war, even by 1938, Japan was able to purchase aircraft and key resources from the United States—a bitter reality for the Chinese KMT, considering the constant Japanese bombardment of Chongqing after the abandonment of Shanghai. Washington did, however, gradually restrict what resources could be traded with Japan.

Mulder points out that just before the Japanese attack on Pearl Harbor, the American debate on sanctions was spirited, with the Japanese situation deemed unstable. Elizabeth Schumpeter, an economist at the time who focused on East Asia, noted that sanction proponents failed to consider in what sort of a geopolitical environment would a sanctions regime prove most effective. Presciently, she stated that “If Japan is confronted with the choice between complete submission (which would reduce her to a third rate power) or a final desperate attack in the South Seas, I believe it probable that the militarist party would choose to attack.”

This analysis resulted in a backlash from figures like Stanley Hornbeck at the U.S. State Department, who took offense at Schumpeter’s view—while notably omitting that she was not against sanctions per se. Rather, Schumpeter was instead merely reporting that people with just a negative view of sanctions were missing the full context of how they could impact international relations—an issue we are facing even now.

The positive usage of “the economic weapon” is seen with the Lend-Lease program. In the popular imagination, the policy is recognized as the way the United States funneled supplies and money to the Soviet Union to fight off the Nazis. While this is true, the program also gave money to Republican China. In 1940, China was given $45 million in military equipment. By 1941, China began receiving far more support, but lack of a regional context caused the program to have distinct issues.

The relative lack of proficiency with the “positive economic weapon” versus its negative counterpart is unfortunately also illustrated in China. Mulder unfortunately fails to cover the various struggles that American aid to China underwent. For example, the loss of Rangoon led to Lend-Lease material being sent to the American military mission in China instead of directly to a Chinese agency. Simply, General Joseph Stilwell, America’s man in China, would distribute material in China. Understandably, this rather aggravated Chiang Kai-shek.

To make matters worse, due to the material conditions on the ground, actually getting equipment into China was a logistical challenge. The numerous grants and loans only aggravated inflation, due to the simple fact that there was not much for China to spend money on. Much like the “negative economic weapon,” the “positive economic weapon,” when not used properly, can have unintended consequences.

In the 1930s, the resources nations were concerned about were much more in the category of natural resources than goods or services. At the time, the Japanese merely wanted replacements for imports of natural resources. Mulder mentions how, in 1936, “the U.S. and British empires supplied 72 percent of Japan’s iron ore, 92 percent of its scrap iron, 90 percent of its manganese ore…” along with other critical resources. For certain minerals—such as coal, iron ore, or aluminum—Japan managed to invade its way out of supply shortages. But unfortunately for Japan, conquering your way out of sanctions is not sustainable: strategic reserves eventually run out, and international isolation means the resources you can’t forcibly obtain become inaccessible.

The Japanese had it relatively simple when it came to using autarky. Natural resources require less skill in usage than trying to replace capital goods. Trying to suddenly replace capital goods that can be turned off with a flip of a switch, however, is a different challenge.

To illustrate this point, consider how Russia is faring in its current war against Ukraine. Both Russia’s military and civilian sectors are now worse off in this regard. They can make use of their ample oil and iron reserves, but how does one replace SABRE, the backend of all flight logistics? One can’t simply invade a country for a supply of airline SAAS developers, as amusing as that idea may sound.

Or more tangibly, how can Russia replace parts of automobiles that it simply can’t begin producing in a reasonable timeframe? Even worse for Russians, while the actual parts are limited, the chips that allow the electronics in a car to run are also under sanction. It’s highly doubtful that Russia can summon up an advanced semi-conductor industry on the fly.

The Economic Weapon is a highly relevant book due to the unfortunate ongoing political circumstances. Mulder has detailed the history of a tool that many governments often take for granted. As seen by the current wheat and fertilizer crisis throughout the world, a lesson unfortunately forgotten by modern-day states is the usage of the “positive economic weapon” to counteract sanctions when the blowback has unexpected consequences.

Lars Erik Schönander is a policy technologist for Lincoln Network.