A War over Energy in Gaza? 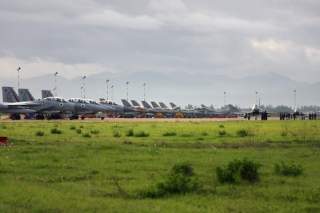 Israel’s current offensive in the Gaza Strip is by no means an energy war, but that has not stopped conspiracy theorists from alleging that the IDF’s Operation Protective Edge aims to assert control over Palestinian gas and avert an Israeli energy crisis. Indeed, Israel is nowhere close to experiencing an energy crisis and has no urgent or near-future need for the natural gas located offshore Gaza. While Israel gains nothing for its energy industry by hitting Gaza, it stands to lose significantly more.

A recent post published on The Guardian’s website by Dr. Nafeez Ahmed, a self-proclaimed “international security journalist,” employs shoddy logic, evidence and language to prove that Protective Edge intends to prevent the Palestinians from exploiting their own resources while integrating them “into the adjacent Israeli offshore installations.” Hamas, Ahmed claims, is “the main obstacle” to the finalization of this purported “gas deal.”

It is certainly true that Israel is concerned about the potential for the Hamas leadership to exploit the Gaza Marine field, which holds 1 trillion cubic feet of natural gas. This resource could, as The Washington Institute’s Simon Henderson wrote in March, “provide more reliable electricity to the Gaza Strip and boost the revenues of the Palestinian Authority (PA) in the West Bank.” Mismanagement of revenues by the Palestinian Authority, however, could enable Hamas to control and exploit that money.

Nor is there any doubt that the legal status of Gaza Marine is unquestionably murky. The Gaza-Jericho Agreement of 1994 divided the area offshore the Gaza Strip into zones of maritime activity that extend twenty nautical miles from the shore, but exploiting the gas requires maritime activity beyond that distance. The Israeli navy has certainly increased its presence in that area of the Mediterranean Sea since Hamas took over Gaza in 2007, but defining maritime borders requires a final peace deal between Israel and a state of Palestine.

The factual existence of gas in Gaza, however, does not mean that Israel needs it to meet its own domestic energy demand. It is true that Gaza Marine was considered a potential short-term solution to an impending gas shortage as Israel’s Mari-B field began to dry up in the late 2000s. This changed, of course, with the discovery of the Tamar and Leviathan fields offshore Israel in 2009 and 2010. Combined, they hold an estimated 30 trillion cubic feet of gas, 60 percent of which has been reserved for domestic use.

While a historically resource-poor country such as Israel would likely not refuse an additional energy source, it has no need for Gaza Marine. Tamar and Leviathan are expected to meet Israel’s domestic energy needs for at least the next twenty-five years, and additional smaller natural gas reserves have been discovered offshore Israel. Controlling Gaza Marine would also carry significant political, security and economic risks for Israel—risks that are worth neither 1 trillion cubic feet of gas, nor $4 billion. Tamar alone is worth an estimated $52 billion.

Operation Protective Edge is not an excuse to take over Gaza Marine, but the military offensive is not good for energy-related business. Strained relations with Turkey, which is still considered a potential destination for exported Israeli gas, worsened last week when Israel decided to reduce its diplomatic presence there to the minimum required after pro-Palestinian protesters attacked the consulate in Istanbul. Turkish Prime Minister Erdogan followed with the comment that Israel is “more barbaric than Hitler.” The Jerusalem Post reported that many Israelis are reconsidering plans to travel to Turkey.

Whatever progress may have been made via backchannels regarding energy cooperation also appears to have been reversed. Turkey’s Energy Minister Taner Yildiz refuted claims that the government sold jet fuel or gas to Israel, and reportedly stated that, “Israel’s occupation of Gaza is a serious obstacle to the development of energy projects in the East Mediterranean region.” Turkey still, however, serves as a transit state for transporting oil to Israel.

Furthermore, while gas supply from Tamar has not been disrupted, negative headlines send signals to potential investors that the risks to operating in Israel are concrete. A private power station in Ashkelon, for example, is preparing to switch to producing energy from diesel instead of natural gas should a supply problem arise as a result of the current situation. Executives from Noble Energy, a Houston-based company that holds drilling rights for both Tamar and Leviathan, had arrived in Israel for meetings about Leviathan, but canceled and flew back to the United States when Operation Protective Edge began. These developments barely register from a nuanced perspective, but they still send the message that Israel is a risky investment climate.

Israel is not using Operation Protective Edge to steal the Gaza Marine gas field from the Palestinians, and it is irresponsible to claim otherwise. Still, there are indications that the assault on Gaza is negatively affecting Israel’s energy sector by highlighting the risks of investing in the industry and causing more geopolitical problems with Turkey.

Allison Good is a M.A. candidate at the George Washington University Elliott School of International Affairs.  Her recent work has appeared in Defense One, Foreign Policy, The National (UAE), and The Daily Beast. Follow her on Twitter: @Allison_Good1.