Is War Really Coming to Taiwan? 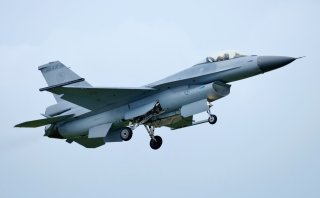 Taiwanese plans call for a defense in depth. The ODC aimed to reform the reserve force and separate its form and function from the regular military, creating an all-volunteer territorial defense force that would be trained in a decentralized command and communications denied environment. Light weapons and equipment would be stocked locally for immediate access upon mobilization. If the PLA successfully lands on Taiwan’s beaches, the territorial defense force would conduct anti-airborne missions and defend critical infrastructure and urban areas. Such units would serve a key role in a prolonged insurgency.

To accomplish these missions, Taiwan aims to emphasize long-range strikes, counter-air operations, sea control, homeland defense, ICE (information, electronic, and cyber) warfare, and joint C2ISR (command, control, intelligence, surveillance, and reconnaissance). These force buildup goals are consistent in both the 2021 National Defense Report as well as the 2021 Quadrennial Defense Review, with the latter strategy document specifically emphasizing air superiority as part of counter-air operations. Indeed, both reports borrow language from the ODC, especially in sections regarding asymmetric weapons. To be clear, these delineated areas of force buildup are all important. However, the report lacks the clear prioritization the ODC provided, as well as the ways and means to achieve strategic end states. With limited resources and time, what is most important for Taiwan’s defense and how will Taiwan achieve these objectives?

Official plans for reserve reform are focused on planning for mobilization and increasing training. To this end, the National Defense Report stresses merging the reserve and mobilization management systems as one, achieving unity of regular and reserve forces, and promoting interagency cooperation. In December 2021, the Ministry of National Defense (MND) officially established the All-Out Defense Mobilization Agency which appears primarily geared toward mobilization planning. Reserves training has been increased from seven days to two weeks, and the MND is seeking to increase the number of “special reservists.” It is without a doubt that mobilization and training are key operational aspects that must be strengthened. Public polling indicates support for reinstating extended conscription service. Yet it is no secret that Taiwan’s reserve force suffers from deep structural challenges. Increasing the quantity of training is vital, but without addressing issues such as the nature and quality of reserves training, readiness, and missions, it is unclear what the fully reformed reserve force would look like and how effective it could be.

While arms sales are important, it is arguably even more critical for Taiwan to have a clearly outlined defense strategy for its people (and the Americans) to understand. “Asymmetric weapons” are ineffective for asymmetric warfare without integrating concepts of asymmetry into strategic, operational, and tactical levels. This is what the ODC hoped to achieve. Whether the ODC is reinstated or replaced with a new concept, time cannot be wasted on misunderstanding and fruitless debate. The only beneficiary of a confused Taiwanese public and weakened U.S.-Taiwan defense relations is Beijing. At the same time, Washington needs to understand that a PLA amphibious invasion is only one of many possible scenarios, and Taiwan’s efforts must concurrently be invested in other important areas, including military readiness and the political dimensions of the China threat. It would be a mistake to solely focus on the invasion scenario.

Russia’s invasion of Ukraine should be a wake-up call for both the United States and Taiwan. Unlike Ukraine, Taiwan is not a widely-recognized nation-state with a seat at the United Nations and an embassy in Washington. At the current time, Taiwan’s diplomatic relations with the U.S. are considered “unofficial,” and it is unclear how the White House will react if China attacks Taiwan. The Biden administration has said its commitments to Taiwan are “rock solid,” without defining what that means. President Biden has stated that the United States could military defend Taiwan during a contingency, yet this has been walked back by the State Department.

The Biden administration has repeatedly stated that U.S. policy toward Taiwan has not changed and that strategic ambiguity towards Taiwan remains. But with the global threat picture darkening, the United States and Taiwan would do well to work more closely together to deter a Chinese attack and, if necessary, defeat it. In the absence of an American policy of strategic clarity and commitment to defend Taiwan, both countries will struggle to develop a clear division of labor. Nonetheless, they could take steps to develop notional roles, missions, and responsibilities for possible ad hoc coalition operations. And they could rapidly expand bilateral training and increase the scope of liaison missions.

The United States and Taiwan could also initiate the prepositioning of American military equipment to help bolster readiness as quickly as possible, modeling of the existing War Reserve Stocks for Allies (WRSA) program with Israel. Equipment would be owned by the United States and maintained by the host nation, initiating a foreign military sale only if transferred to Taiwan. Separate stockpiles could be established for the United States and Taiwan militaries. American depots could hold equipment supporting the sustainment of joint force partners across the Indo-Pacific. Taiwanese depots could hold munitions, spare parts, and other items that would help address shortages and procurement challenges for key defense equipment. Such bilateral cooperation would substantively boost readiness against the pacing challenge for the American and Taiwanese militaries.

Near-term efforts to counter the PLA threat, such as a WRSA program for Taiwan, should be expanded alongside long-term efforts, such as establishing a senior-level, bilateral defense industrial supply chain steering group geared toward addressing structural problems in the U.S.-Taiwan defense relationship in confronting shared challenges. Such a policy coordination mechanism would identify Chinese defense research and development (R&D) trends to identify single points of failure and maintain a qualitative military edge in key areas; promote cooperative R&D and examine opportunities for joint production, sustainment, and follow-on development of defense equipment; provide a forum for procurement of Taiwan’s technology, equipment, systems, or logistics support solutions that uniquely meet U.S. needs; and enhance Taiwan’s defense readiness through careful indigenization of repair and maintenance.

All in all, Taiwan must prepare for all manner of coercive and annihilative scenarios and deploy capabilities that support these missions. The United States appears to be gearing Taiwan to prepare for war without making clear if war is coming. Without a clear commitment from the United States, it is unclear if any allies and partners would fill capability gaps for any use of force scenarios. It would be in the national interest of both the United States and Taiwan to have some semblance of strategic clarity, whether publicly or privately, so that roles and missions can begin to be established for a potential Chinese invasion as well as other scenarios along the entire peace-war continuum. If operational plans are being rewritten, coordination would enhance the effectiveness of such planning. Leaders in Washington and Taipei sometimes forget that the defense of Taiwan is about much more than simply arm sales. If time is really as critical as it is claimed to be, both sides should start acting like it. And this starts with speaking a common language.

Eric Lee is Associate Director of Programs at the Project 2049 Institute.