Is War in Syria in America's Interest? 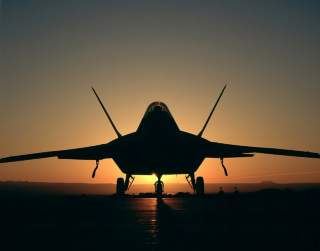 The calls for U.S. military action against Syrian government forces have become more vociferous in recent weeks, as outrage over the current Russian and Syrian military offensive in rebel-held eastern Aleppo mounts. The calls are not new: critics have been urging President Barack Obama to become more involved in the Syrian civil war since it began in 2011, and have since become louder amid glaring human rights abuses.

The last time the Obama administration “considered” striking President Bashar al-Assad’s forces was in August 2013, following global outrage at a chemical attack on rebel-held neighborhoods in eastern Damascus. Disturbing images of the past week of hospitals being reduced to rubble due to Russian and Syrian bombardment have again resulted in elevated calls for intervention. Indeed, Western leaders, including Obama, have mirrored the moral outrage by slamming the Russian-led assault as “barbarous” and possible “war crimes.” But as in August 2013, morality was not a motivation for direct, foreign intervention. The Obama administration refrained from bombing Assad’s forces after the chemical attack in 2013, and will likely remain on the sidelines again.

The sad reality of international relations is that interests trump humanitarianism. The Security Council has deliberated, released statements and resolutions, and watched on as numerous cases of crimes against humanity came before it. Assad is not the first despot to inflict egregious crimes against his own people, and seemingly get away with it. When it serves the interest of a great power, morality is a footnote. And Russia is not the only party to the game—it is the standard conduct of all great powers.

In the late 1970s, the West watched silently when Pol Pot’s Cambodian regime clobbered, hacked, and tortured two million of his own people to death in one of the worst genocides since World War II. In the 1980s, the Khmer Rouge received training at secret camps in neighboring Thailand from British special forces. Despite being one of the most brutal dictators of the twentieth century, Pol Pot served American interests in opposing the Communist regime in Vietnam, which had recently asserted full control over Vietnam after defeating the U.S.-backed South Vietnamese government.

President Obama’s policy of nonintervention in Syria—with the exception of the campaign against ISIS, which deliberately avoids confrontation with the Syrian government and the Russians—is not an anomaly; it follows a script of international relations that determines intervention on the basis of national interest. Morality is not a consideration, and it is unlikely that any American leader—Democrat or Republican—would apply a different formula when deciding on military action. Thus, the question advocates of U.S. military action need to ask and answer is: how is it in America’s national interest to go to war against the Syrian government, and risk direct confrontation with a great power such as Russia?

If it is solely for humanitarian purposes, the United States will abstain every day of the week. It is necessary, thus, to determine what America’s interests are in the Syrian civil war, which remain unclear. Obama’s failure is not in that he has refused to intervene, but that, after five years of war, he has yet to clearly articulate what America’s interests are in this war. The egg cannot hatch before it is laid.

Obama is correct, however, in approaching the Syrian war with caution. This is not a war Washington started, nor is it in a country of great strategic value to the United States. At present, the war poses no existential threat to the United States, and has certain benefits from Washington’s perspective. That it has severely weakened Syria, a traditional adversary to American interests in the Middle East, is a positive result for Washington. That it is bleeding Hezbollah and Iran financially and militarily—the Iranians have lost dozens, including high-ranking generals, thus far—is an added bonus. That its enemies are slaughtering each other—Iran, Assad and Hezbollah on the one hand, and Sunni jihadists on the other—is also a welcome scenario in Washington.

The benefits, however, are always weighed against the costs when determining military action. As the Syrian crisis has morphed into a complicated, intertwined web of various conflicts rolled into one, so too have the costs to U.S. interests. The first is terrorism: jihadist networks like al-Qaeda thrive on chaos and the breakdown of a state. Ungoverned territory provides space for terrorist groups to operate, and chaos provides a recruitment pool of disenfranchised, angry young men. The collapse of the Syrian state in parts of the country, and a severely weak Iraqi state to its east, created the perfect vacuum for terrorists to fill. The consequences have been an expanded reach of terrorism that is frequently hitting Europe, and inspiring lone-wolf attacks in the United States. While still nowhere near to being a significant threat to U.S. power, let alone existential, the improved strike capability of terrorist groups warrants a U.S. response that restores stability to Syria and Iraq, and closes the ungoverned spaces from which such groups operate.

The second is Russia. Moscow’s decision to intervene militarily in Syria has more to do with its perceived conflict with the United States than it does about Syria’s well-being. Russia, under the leadership of President Vladimir Putin, has strenuously sought to reassert itself as a global power taken seriously by the United States and other powers. What better way to do that than by throwing its military muscle into a conflict with minimal cost. No Syrian force has the ability to contend with Russian military power. No regional power will go to war with Russia, and as Turkey learnt, any attempt will result in serious ramifications. Russia is now the major foreign player in Syria. A final settlement will be made in Moscow that includes Russia’s interests; all other powers can do is negotiate their slice with Russia. Since its intervention, Moscow has been a revolving door of regional leaders. The Middle East recognizes Russia as a great power, and its action in Syria has constrained America’s maneuverability vis-à-vis the Syrian civil war. The Russians bomb Aleppo to pieces because it can; because great powers can.

On this matter, Washington has a vested interest in Syria. The United States has maintained global security through its expansive military presence and its almost instant strike-force capability across the world. This has translated into a monopoly of deploying force abroad, often legitimized by UN resolutions or “coalitions of the willing.” That no other great power has been able to rival U.S. military capabilities—at least conventional capabilities—has deterred the likes of Russia and China from engaging in foreign adventures of their own. Russia’s intervention in Syria—the first outside of the geographical area of the former Soviet Union—is a precedent in the post–Cold War era, and is a direct challenge to America’s leadership in managing global security and maintaining a monopoly on the use of force. Should the United States allow Russia to dictate the outcome of the Syrian conflict, and expose American weakness, it could encourage a repeat in behavior elsewhere. Indeed, an increasingly assertive China is already testing America’s willingness and ability to confront its claims to the South China Sea. It also threatens to diminish the role of the UN Security Council, should great powers no longer deem it necessary to pursue UN channels to mandate military action. In terms of global security and great power relations, Syria should absolutely matter to Washington.

But neither of these interests—confronting terrorism or containing Russia—necessarily equates to greater US military involvement, or war with the Assad regime. Determining interests is one matter, arriving at outcomes is another. If a stable Syria and Iraq is required to defeat jihadist extremists in the two countries, will going to war with Assad, without a comprehensive day-after plan achieve that outcome? Is a powerful display of American military might in Syria, and attacking Moscow’s allies, the only means to contain Russia? Indeed, the next U.S. administration should develop a clear strategy to address these matters of interest in the Syrian civil war, but the use of force is dependent on whether it serves America’s national interest, which it may not in Syria.