A War in the Conservative Movement?: Defense Hawks vs. Budget Hawks 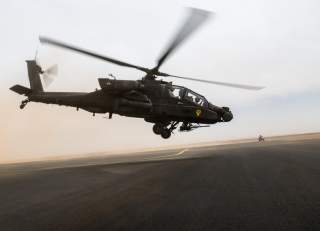 The conservative movement may not be able to acknowledge it yet, but it is facing a big schism in its ranks. The schism is not “establishment” versus “grassroots” or “compromisers” versus “hardliners.” Rather, hundreds of billions of taxpayer dollars are at stake in the pending fight between defense hawks—who support most any Pentagon program, regardless of efficacy—and the fiscally conservative budget hawks who recognize that current spending habits are simply unsustainable.

I spent a quarter-century in the military and consider myself a Navy man through and through. Yet the budget hawks are right. The military spends too much money, unwisely in many cases, on the wrong priorities, without a clear, set strategy. Budget hawks must not let defense hawks have their way.

It seems that “Happy Days Are Here Again” for defense hawks. The Republican Party has been the traditional home for defense hawks, and the party controls both houses of Congress. Defense analysts from various think tanks from inside the beltway advocate ending the unintelligent automatic sequester cuts imposed by the 2011 Budget Control Act and reversing downward trends in military spending. Their solution to global troubles centers on increasing spending to levels last seen at the height of the Iraq and Afghanistan conflicts. Russian adventurism in Ukraine, the rise of the Islamic State in Iraq and Syria and the outbreak of Ebola in Africa are cited as justification for these actions. Such cries of alarm ignore the obvious fact that relatively few troops have been allocated to address these issues.

This is not to say that budget hawks view defense hawks as a group to “defeat.” There is room to work together. They can find common ground, for instance, by overturning the indiscriminate sequester cuts. Salami-slicing each individual program line within the budget is an ignorant solution to the deficit problem. These cuts should be replaced with legislative language that maintains budget-cap goals, but allows defense leaders to decide which programs to fund and which to cut.

Yet some fights will be necessary and unavoidable. Budget hawks must beware poison-pill solutions from Pentagon leaders (and the defense hawks who would protect them) who, in the past, have presented carrier midlife nuclear refueling and the A-10 Warthog as priority cuts, knowing that their critical importance to the force would compel Congress to add top-line money back into the budget.

Budget hawks should call military leaders to task for program decisions they have supported, and cut through defense-hawk complaints about accountability. Defense spending nearly doubled following 9-11, yet our nation’s ability to respond to threats has gone down. Service chiefs cite the rising costs of personnel, platforms and retirees as the source of their difficulties, sidestepping the fact that the rising costs of platforms represent poor choices made by the Department, confusing design requirements and a broken acquisition process.

Retiree pensions and healthcare costs represent promises given. The nation bought this debt when it ordered servicemen and women to fight its wars. Like personnel costs, these costs were well understood, but apparently have not factored into the Services’ out-year budgets. Budget hawks can support a solution—and one that responsible defense hawks should be able to support themselves.

Rather than continue to spend on a broken defense acquisition system that promises marginal improvements in the efficacy of existing platforms in exchange for significant increases in cost, both sides of the argument should borrow a lesson from fiscally conservative governors in the midwest who have used lower government spending to drive innovation back into their states’ economic equations. All conservatives should look at the next two years as a strategic opportunity to lower the cost of defense while investing in a new generation of technologies that will assure American strategic preeminence into the future. Conservative governors will find much to admire in an approach that places a premium on developing new offsetting technologies that promise numerous spin-off benefits for the national economy, even as they provide revolutionary yet relatively inexpensive leap-ahead capabilities at a lower cost to the Pentagon. Both defense and budget hawks should be able to support this approach.

“Happy Days Are Here Again” is not a conservative song. Profligate spending that benefits only a narrow portion of the economy while continuing to raise the national debt is not a conservative value. As demonstrated by fiscally conservative governors throughout the heartland, accountable budgets breed innovation. Budget hawks and defense hawks should come together to embrace this outside-the-beltway approach. Otherwise, the schism will erode both America’s military advantage and its budgetary stability for decades to come.