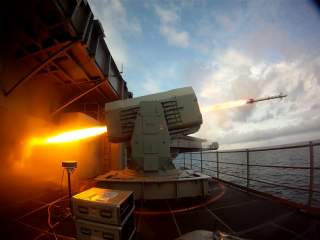 Beyond doubt, relations across the Taiwan Strait have improved substantially since 2008—so much so that some analysts have concluded that the course of the Taiwan “issue” will continue unimpeded and inexorably towards even greater stability, if not “reunification.” But this is all wishful thinking.

Rapprochement has probably gone as far as it can, and whatever comes next will likely be hounded by complications, slow progress and growing opposition in Taiwan. Unable or unwilling to make any proposal for unification that has any chance of appealing to democratic Taiwan’s 23 million people, wrong footed by the rise of Taiwan’s combative civil society, and haunted by recent developments in Hong Kong, where “one country, two systems” is all but dead, China will have two options: give up on Taiwan, or use force to complete the job. Under the decisive President Xi Jinping, in the context of rising ultranationalism across China, and given the cost of “losing” Taiwan to the Chinese Communist Party’s (CCP) credibility (at least according to Beijing’s rhetoric), it is difficult to imagine that Beijing would choose the former option. Use of force, therefore, would be the likely response, and hubristic China might well be tempted to try its luck.

The widening power imbalance in the Taiwan Strait, added to (mistaken) perceptions that Taiwanese have no will to fight, has led some Chinese officials and many members of the People’s Liberation Army (PLA) to conclude that the military option, which Beijing never abandoned even as relations improved, is not only a viable one, but one that could quickly resolve the issue. Granted, the ratio of annual defense expenditures reached about 12:1 in China’s favor this year (and that is only using China’s declared budget).

Moreover, while the United States, Taiwan’s principal security partner, has been reluctant to provide offensive military technology to Taiwan (the Taiwan Relations Act of 1979 emphasizes the defensive nature of arms transfers to the island) and has abided by multilateral bodies, such as the Missile Technology Control Regime (MTCR), to regulate arms sales to Taipei, Beijing has relied on Russia to procure some of the most modern weapons in service, from air defense systems to advanced fighter-aircraft. When Moscow hesitated or dragged its feet in delivering the systems sought by Beijing, the PLA simply turned to Ukraine to obtain what it needed. As a result, the PLA today is a much more formidable opponent than it was just a decade ago, when facing a much less amenable partner in Taipei, the use of force must have been a more inviting, if not likely, alternative.

Despite the imbalance, invading Taiwan would not be a walk in the park. Relative weakness notwithstanding, the Taiwanese military fields a relatively modern force—F-16s, AH-64E attack helicopters, Kidd-class destroyers and so on—that could inflict a fair degree of damage to invading PLA forces. Furthermore, the fielding of offensive-defense platforms, such as the Hsiung Feng IIE land-attack cruise missile (LACM), the Hsiung Feng III supersonic antiship cruise missile and the Wan Chien—an air-to-ground, standoff, cruise missile-type missile mounted on aircraft that can be used to disable airbases and radar sites in China—would increase the potential cost of Chinese military adventurism in the Taiwan Strait.

Besides technology, Taiwan’s geography also poses a challenge to invading PLA forces. As Richard Bush and Michael O’Hanlon argue in their book A War Like No Other, the soil composition and inclination of Taiwan’s west coast facing China, where the Taiwanese military deploys most of its antiarmor capabilities, is even less conducive to a successful amphibious assault than were the beaches of Normandy, where Allied forces changed the course of World War II, at the cost of an estimated 10,000 casualties, including 2,500 dead.

Regardless of the impressive advances made by the PLA in recent years, the fact remains that no occupation of Taiwan will ever be possible without a major amphibious assault and putting enough boots on the ground. Anything short of that would fail to ensure Beijing’s control of Taiwan, and falls in the category of “limited strikes” for coercive or punitive purposes—not invasion. If the 1995-96 Taiwan Missile Crisis is any indication, coercive displays would accomplish very little besides encouraging Taiwanese to rally around the flag and thus undermine China’s efforts to annex Taiwan. Moreover, though damaging, Taiwan is resilient enough that it would weather such operations.

Now, the more the PLA wants to increase its chances of conducting a successful amphibious invasion of Taiwan, the more massive and escalatory the first phase of the invasion will need to be. Prior to sending off soldiers on naval transport ships, China would need to prepare the terrain with a major offensive by the Second Artillery Corps, involving hundreds of missile strikes against targets throughout Taiwan, such as early-warning radars, missile sites, naval bases, airstrips, amassed armor along the western coast, C4ISR systems, oil depots and central government offices. Simultaneously or prior to kinetic operations, cyberwarfare would target Taiwan’s communications systems, computers and satellites. Among other objectives, the initial phase would seek to disable Taiwan’s airbases to secure air superiority in the Taiwan Strait. Doing so is essential for a successful amphibious attack. Once this is accomplished, Taiwan’s antiarmor component, its AH-64Es, transport and remaining naval assets would be little more than target practice for the PLA Air Force (PLAAF).

Here’s the catch. The greater the scope of the initial phase, the more time will be necessary for the PLA to prepare the assault, giving Taiwanese, Japanese and U.S. intelligence assets in the region greater opportunities to detect unusual activity in China and more time to prepare.

Knowing this, and fully aware that a successful invasion of Taiwan is also contingent on delaying or preventing U.S. (and perhaps Japanese) involvement, the PLA would therefore feel compelled to disable U.S. and Japanese Self-Defense Forces that are close enough to Taiwan that they could intervene quickly. This includes U.S. military bases in Okinawa, home to USAF F-22s, which China would probably saturate with ballistic missiles (South Korea is out, as Seoul has stated it will not countenance operations by U.S. forces on its soil in a Taiwan scenario). The U.S. Seventh Fleet, based in Yokosuka, as well as military bases on the much more distant Guam, would also likely be targeted by PLA bombers (perhaps armed with CJ-10A air-to-ground cruise missiles), submarines and warships armed with LACM variants (e.g., DH-10).

Meanwhile, China’s anti-access/area denial (A2/AD) capabilities, such as the Dong Feng 21D antiship ballistic missiles, would also be activated to delay or prevent U.S. carrier battle groups from approaching the Taiwan Strait or waters in the West Pacific in Taiwan’s rear—an area that would be crucial for USAF operations and mid-air refueling, which we can assume would be necessary following the disabling of Taiwan’s air bases and airstrips.

Needless to say, escalating to such levels as are necessary to ensure a successful amphibious invasion of Taiwan would not only give China’s opponents more time to prepare (early warnings from massive preparations across China’s military regions), it would also make the United States’, and possibly Japan’s, entry into the war likelier, which it turn would undermine Beijing’s efforts to grab Taiwan. The irony is that the type of limited military operations that are least likely to prompt a U.S. or Japanese intervention in a Taiwan contingency are also the least likely to create an environment in which PLA forces have a good chance of taking over Taiwan, while risking to turn the entire Taiwanese population against China. Conversely, the immensity and complexity of what would be required to ensure a successful amphibious invasion of Taiwan is such that Beijing will only go down that road in extreme cases (unilateral declaration of independence by Taiwan, which seems unlikely at this point, or domestic unrest in China encouraging external distractions or actions by a PLA gone “rogue”).

The greatest danger, therefore, lies in the grey zone in between, in situations where Beijing believes it can achieve its military objectives using force against Taiwan and get away with it, because the U.S. military is caught up in operations elsewhere (Iraq, Afghanistan, North Korea) or because Washington, as Beijing interprets it, has signaled weakness. Hubris can play such tricks on the human mind and, therefore, lead to serious miscalculation.

U.S. (and Japanese) ambiguity on whether it would intervene if Taiwan were attacked has run its course. It may have worked when China was the weaker party in the Taiwan Strait, and when the priority of decision makers in Beijing was to develop China’s economy, which necessitated regional stability. This is no longer the case. As China’s behavior in the East and South China Seas has made clear since 2009 or so, the “peaceful rise” is over. Although this doesn’t mean that regional powers and the United States should gang up on China, clearer signaling is now necessary. Beijing must be made to understand that if it crosses certain lines, its behavior will be met with countervailing actions.

To ensure peace and stability in the Taiwan Strait, Taipei must do a lot more to signal to Beijing that force will be met with force, and that adventurism in the grey zone will not only be costly, but unwinnable. This could be bolstered by closer U.S.-Taiwanese military cooperation. Such efforts, combined with a propaganda campaign by Taipei that seeks to boost morale and reaffirms its will to fight, should be sufficient to deter the PLA from launching limited (and potentially counterproductive) attacks. For its part, the United States must substitute clarity for ambiguity, and leave no doubt that an attack on Taiwan will prompt a U.S. response, regardless of whether U.S. forces are directly attacked in an initial phase. Greater clarity on Tokyo’s part would also go a long way in convincing Beijing that it could not get away with military aggression.