The War in Ukraine Reveals How Economic Dependency Kills 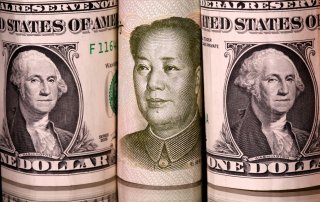 The terrible war that is raging at NATO’s eastern gates for the sovereign state of Ukraine has shed light on what could happen when countries develop a high degree of dependency on another country. It is striking how a parallel can be drawn between the United States’ reliance on China’s supply chains and the European Union’s energy exposure to Russia. Economic dependence has serious consequences.

First, right after the fall of the Soviet Union, the United States and Western Europe no longer perceived Russia—governed by a KGB officer relying on the same security state that kept the Communist Party in power—as a credible threat to the old continent. Similarly, the West ignored China’s potential as a global actor. The West made itself believe that Russia—after seven decades of entrenched Communism—would change its tracks overnight and follow Western values. Russia did not. However, Moscow learned to make itself appealing to the West both economically and politically. For example, Russia opened up to Western investments and entered into international organizations (the United Nations, Council of Europe), but it remained the same Orwellian system of comrades in the core. In comparison, China presented a similar dog and pony show towards the West without formally changing its Communist system. For example, Beijing established Special Economic Zones (1980-84) to encourage foreign investments by taxation and joined the UN and the World Trade Organization as well.

In addition to political mistakes, the West did not make the required effort to keep all of its fronts balanced. The United States treated Western Europe as a partner, but the protective umbrella of NATO also led it to a false perception that Europe’s peace and security were granted. As a result, Western Europe made decisions solely upon its own short-term market interests. For example, it ignored the Kennedy administration’s alarm bells in the 1960s regarding the energy coming through the Friendship Pipeline from Russia, and Europe was not a partner in the Reagan administration’s sanctions and embargo of the Trans-Siberian Pipeline in the 1980s either. More recently, the highly debated Nord Stream and Nord Stream II pipelines—running under the Baltic Sea from Russia to Germany—further increased Europe’s exposure to Russia.

Europe’s dependency on Russia was exacerbated when the formerly socialist countries of the Central and Eastern European (CEE) region joined the European Union in 2004. Although CEE states’ primary goal was to flee to the West at the earliest opportunity (to join the EU and NATO and to strengthen their sovereignty), they alone could not initiate Europe’s detachment from Russian energy. Consequently, the entire EU has created an enormous energy dependency on the East. While the old continent only imported 6 percent of its oil from the Soviet bloc in the 1960s, today, Russia accounts for about 40 percent of Europe’s gas imports, 26.9 percent of its imported crude oil, and almost half of its solid-fuel supplies.

On the other hand, the United States should realize that, like Europe, it has also become overdependent on another nation. Recent decades have shown that China is playing an ever-increasing role in the global economy and, consequently, America’s economy. Just as the utilization of reasonable Russian energy in Europe, the Chinese economy and supply chains offer short-term benefits to the United States but develop long-term dependence on Chinese markets. Unfortunately, American leadership has been less vigilant about national independence and has continued making decisions that resemble that of how Europe thinks about Russian energy. Recently, the United States has not only continued to ignore the risk of dependency on Chinese supply chains but exacerbated its reliance on Chinese markets by mandating such industrial developments that China primarily supplies, e.g., investments in solar, wind power, and batteries needed for electric vehicles.

Additionally, the United States is exposed to China on another front that perhaps is even more alarming: U.S. debt ownership. China consistently holds more than $1 trillion of the U.S. national debt. This influences the United States’ capability to react swiftly to foreign threats.

The Russian war in Ukraine should serve as a wake-up call for the United States. The lesson is simple: economic dependency is Russian roulette and could have fatal consequences. Unfortunately, Western European countries—such as Germany—did not consider energy dependence a real security risk until Russia invaded Ukraine. After that, it became the foreign policy aim of top priority for the Ursula von der Leyen-led European Commission, but it is late and painful for the European economy. As the leading economic power in the world, the United States has the responsibility to incentivize the development of balanced economies and its own national interests to keep its dependencies checked.

Fortunately, every cloud has a silver lining: it is clear that dependency in the most critical sectors is a problem only if there is no alternative solution present. Otto von Bismarck said, “Only fools learn from their own mistakes. The wise learn from the mistakes of others.” Russia’s invasion presents an opportunity for the United States to reduce its economic exposure to China before it’s too late.