Warning: Is China Pivoting Back to North Korea? 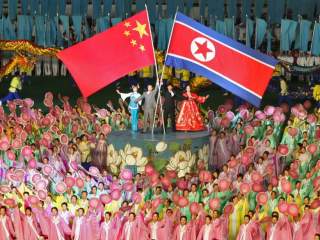 U.S. media has described China’s support for expanded UN sanctions on North Korea in response to the latter’s January nuclear test as a shift in Beijing’s approach to Pyongyang (see here, here, and here). However, China’s actions are consistent with its response to the three previous DPRK nuclear tests, in which it condemned the North’s behavior and supported a limited expansion of sanctions against its erstwhile ally. If history is a guide, China’s next move could be to revert back to a more conciliatory effort to persuade North Korea to return to the negotiating table. This will frustrate those who hope for a strong, sustained campaign by Beijing to pressure Pyongyang.

After North Korea’s 2006, 2009 and 2013 nuclear tests, China issued rare Foreign Ministry statements decrying Pyongyang’s actions and reaffirming Beijing’s commitment to international nonproliferation norms. This was followed by coordination with Washington, Seoul and others to assemble sanctions in the UN Security Council. In each case, China faced the “Goldilocks” dilemma of doing just enough to signal dissatisfaction to North Korea, but not so much as to destabilize the DPRK regime or irreparably harm Chinese relations with North Korea. The result was a series of UN resolutions that were simply not strong enough to dissuade Pyongyang from further nuclear or ballistic missile tests.

China’s response to the January 2016 nuclear test fits this pattern. China’s Foreign Ministry initially expressed “firm” opposition to the test. This was followed by two months of negotiation with the United States, at times involving the U.S. and Chinese presidents, on the text of a new UN resolution. The resolution closes some loopholes, such as making cargo inspections mandatory (China previously argued that they should be voluntary), blacklisting additional North Korean individuals and entities and banning the sale of aviation and rocket fuel to the North. However, the resolution stops short of more forceful measures, such as threatening Pyongyang’s energy supply. Sanctions targeted at North Korea’s lucrative mineral exports were diluted and deemed by analysts as impossible to monitor.

If past is precedent, the next step in China’s diplomatic playbook will be encouraging North Korea to resume negotiations on an end to its nuclear program through the Six-Party Talks. Those talks were suspended in 2009, but China has intermittently encouraged their resumption and views them as the most effective way to address the North Korean nuclear problem. Concurrent with efforts to stimulate dialogue with Pyongyang could be increasingly lax Chinese enforcement of existing UN sanctions, despite Beijing’s pledges to fully implement them. Anything short of that could aggravate the already serious problem of weak sanctions enforcement, as highlighted by the recent report of the UN Panel of Experts for the DPRK situation.

Three factors can help explain China’s vacillation between sanctions and reconciliation with North Korea. First is Beijing’s unease about the utility of sanctions. Chinese policy endorses sanctions only as a last resort, and even then only under “strict criteria,” including UN authorization and time limits. This cautious approach, evident in cases ranging from North Korea to Iran to Libya, is premised on the Chinese view (backed by some evidence) that sanctions are ineffective and even counterproductive. Thus, Chinese leaders worry that sanctions could make the North Korean situation harder to resolve, only agreeing to them as a springboard from which to pivot back to the preferred method of negotiation.

Second are divisions of opinion within China about how to handle the North Korean problem. Some Chinese observers, especially younger analysts and many “netizens” who express their strong views online, are increasingly frustrated by Pyongyang’s provocations and would like to see a tougher response from Beijing. Other, more traditional observers (including some who can still remember China’s military support for the DPRK during the Korean War) are more inclined to promote closer relations and see the North as a valuable buffer state separating China from the United States and its allies. Beijing’s shifts from pressure to reconciliation and back again arguably seeks to address the concerns of both of these groups.

Third is China’s continuing prioritization of Korean Peninsula stability over nonproliferation. Like many U.S. observers, Beijing is well aware that the repeating cycle of sanctions and inducements has done little to dissuade Pyongyang from pursuing nuclear weapons and capable delivery systems. Yet for China, this outcome is likely preferable to the more dire possibility of a regime collapse caused by a significant ratcheting up of external pressure. That could lead not only to a refugee crisis in China’s northeast, but also remove a strategically useful buffer state, at a time when Beijing is focused on economic reform and is facing myriad other domestic and foreign problems. Like his predecessors, Xi Jinping has accepted a bad situation in order to avoid provoking an even worse one.

For the United States, this implies that expectations for China to fundamentally shift course to a more sustained, containment-like approach to North Korea are unlikely to be achieved. This is particularly relevant in an election year in which several candidates have suggested that Beijing could be convinced to significantly elevate its pressure on Pyongyang. Such an outcome is not impossible, but would require Chinese views on the utility of sanctions to change, the Chinese domestic debate on North Korea to be resolved in favor of those who support a tougher approach, and Beijing to alter its prioritization of interests from stability to nonproliferation. Unfortunately, none of those conditions are likely to be met in the short-to-medium term.

If there is anything new or remarkable about China’s response to the latest nuclear test, it is Beijing’s apparent attempt to link support for sanctions to U.S. and South Korean decision making about a potential American Terminal High Altitude Area Defense (THAAD) system in the South. Allegations of such attempts prompted Daniel Russel, a senior U.S. diplomat on Asia, to declare that there is “no connection” between the two issues. Whatever the reality of the situation, any efforts by Beijing to extract concessions from the U.S. or its allies on extraneous issues could set a negative precedent for cooperation in future negotiations. If the next president cannot hope for a basic shift in China’s North Korea policy, he or she can at least press Beijing not to make negotiations even more complicated than they already have been.