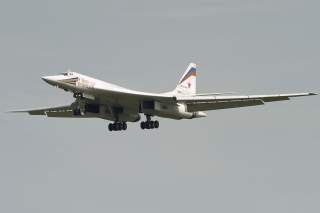 One of the major blind spots in how the U.S. national security apparatus responds to and formulates policy for issues that arise across the Eurasian heartland is how the American government has chosen to bureaucratically define the region.

Namely: the continued inclusion of Russia within the diplomatic confines of a larger European bureau has intellectually limited assessments about Russia’s position in the world by framing Russian action primarily through a European lens.

Not only does this undercount Russia’s ability to be a major player in the Middle East, South Asia and East Asia, it has also, in my view, tended to overweight the importance of the Baltic littoral to Russian policy. Poll U.S. experts and at the top of any risk prediction for 2019 will be the threat of a Russian incursion into the Baltic states—and the importance of continued efforts to reinforce NATO’s north-eastern frontier as a result. At the same time, bureaucratic lines drawn both for the State and Defense Departments detach much of Central Asia and assign it, either to be grouped together with India and Pakistan (for State) or with the Arab world and Iran (in the case of the Pentagon). In both cases, much of the Eurasian core is relegated to second-tier status in terms of U.S. attention and priorities.

This is why the report, Global Risks for Eurasia 2019, released by the Astana Club, is an important corrective. Kazakhstan is one of the world’s most critical keystone states, the critical geographic connector between the economies and powers of the Asia-Pacific basin, South Asia and the Middle East, and the Euro-Atlantic worlds. Kazakhstan’s political and economic diplomacy, out of necessity, must erase the lines that Americans draw between Asia and Europe, along with the assumption that China is an “East Asian” power while Russia is a “European” power. Instead, Kazakhstan keeps its portfolio of major partners diversified and engaged—to include not only its two immediate great power neighbors (China and Russia) but also the states of the European Union and the United States, while drawing in Turkey, Japan, India and Iran as stakeholders in Kazakhstan’s independence and stability.

Thus, when Kazakhstan looks at the world—and the question of Eurasian stability—it starts from the premise of an integrated, interconnected region which cannot wall itself off from problems from any of the surrounding parts of the world. The Club has issued its “top ten” list of the most “probable and impactful risks” for Eurasia for 2019, as follows.

The first is the escalation of conflict between the U.S. and China. Whether limited to trade and economic matters, or blowing up into more “hot” incidents (such as a clash in the South China Sea), there is no way that Eurasia could avoid the negative consequences, particularly if one side or the other begins to demand exclusivity and full support. Part of Critical to Kazakhstan’s performance over the past twenty-five years has been its policy of accommodating Chinese concerns and interests while pursuing and expanding relations with the United States—and Astana would be loath to have to choose.

A second risk is the expansion of global trade wars—which strike directly at the region’s effort to promote the trade interconnections between different major centers of the global economy. A further withdrawal of Europe and the United States into greater trade autarky, for instance, would eliminate some of the rationale for the belt of roads, railways and pipelines criss-crossing the Eurasian space—and in turn reduces interest in maintaining stability in this part of the world.

And a third risk is that of a major conflict in the Middle East that destabilizes the region and sends threat pouring over into Europe and Eurasia together. Moreover, just at a time when so much effort has been made to build new interconnections, the risk that they would be used, not to increase trade and prosperity, but spread threats, highlights the sense of vulnerability the Eurasian states face when considering their exposed southern frontiers.

Only in the fourth position is the question of deteriorating relations between Russia and the West. This is not to discount the feelings of threat that, say Estonia or Latvia feel from Russia, but an assessment that the chances of a major rupture between the West and Russia is constrained by a mix of economic incentives that arise from interdependence as well as the strictures that effective deterrence continue to impose. Where this risk may acquire greater salience is in the fifth area of concern, the “defrosting” of Eurasian hot spots that have remained quiescent—as Russia, for instance, may see revival of active conflict as a way to advance its interests. This, in turn, is related to the sixth risk—increased chances for separatism and ethnic/religious conflict. Indeed, one could see the possibility of all three risks intensifying when it comes to Ukraine—leading to new flareups in 2019. (The Kerch strait crisis and the issue of the status of the Ukrainian Orthodox Church, seen in this light, become harbingers of what the coming year may bring).

Grouping risks 7, 8, and 10 together highlights technological and environmental risks. Cyber is on everyone’s radar, particularly after the 2016 election, but there are other disasters posed to happen. Considering that the great Eurasian drought of 2010 was a precipitating factor for the Arab Spring uprisings that followed—because of drastic contractions in food exports to the Middle East and subsequent political turmoil from rising food prices, notably in Egypt—what could other natural disasters—droughts, fires, disappearance of water supplies, etc., lead in terms of political crisis? There is also the reality of ageing infrastructure—including but not limited to nuclear power plants.

The ninth risk brings together a number of the worrying trends—U.S.-China confrontation; growing ruptures between Russia and the West; conflicts in the greater Middle East—a return to arms races and buildups. Over the past year, every major power is increasing military spending but with a renewed emphasis on strategic weapons, while the abrogation of pacts such as the INF Treaty put categories of weapons once thought obsolete back into the mix. Greater spending on military issues, combined with trade slowdowns and environmental considerations, could then create conditions of greater popular dissatisfaction and unrest.

I also highlighted a particular paragraph that leapt out at me. After summarizing the challenges, the Astana Club report points out: “Previously we confidently believed that multilateral institutions would be able to sustain a changing global system. We were prone to ignore the fundamental contradictions and fragility of the global system. … It became obvious that the whole system was standing on ‘feet of clay.’”

It’s worth taking the time to focus on these warnings from Eurasia. Perhaps we will muddle through the crises—and avoid major disasters. It would be nice, however, to depend less on luck and more on informed policy to get us through and to 2020.