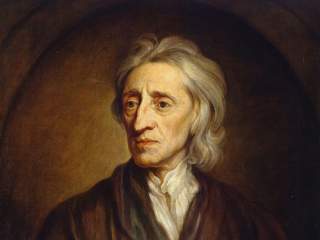 Even in the area of demography there are echoes of Locke’s mercantilist populationism. Neo-Malthusian fears of global overpopulation, prevalent a few decades ago, have given way to concern about below-fertility birth rates in Europe, Japan and other advanced industrial regions. France, Sweden and other countries have sought to boost fertility rates with pronatalist policies. At the same time, European countries are reforming their immigration policies to attract skilled immigrants. The United States is no exception. The child tax credit, adopted in the 1990s, is a pronatalist policy in its effects if not in its intent. American population growth continues to be driven by both skilled and unskilled immigration, as a result of which the U.S. population is expected to grow from 300 million today to 400–600 million in half a century. And the idea of shifting the basis of U.S. immigration policy from family unification to skill-based immigration is gaining support.

If Locke’s arguments, except for the idea of appropriating “waste” land from other communities, sound modern, it is not because Locke was ahead of his time. It is because he and others in his tradition have helped to inspire the norms which, thanks largely to U.S. influence, became the fundamental organizing principles of post-1945 world order. Among contemporary theorists of international relations, as among contemporary philosophers in the English-speaking world, John Locke has little influence or reputation. But a case can be made that the contemporary world corresponds to the vision of Locke more than of any other philosopher. In the words of the epitaph for one of Locke’s contemporaries, Sir Christopher Wren, in St. Paul’s Cathedral in London, Si monumentum requiris, circumspice—“If you seek his monument, look around.”

Michael Lind is a cofounder of the New America Foundation, a contributing editor at the National Interest and author of The American Way of Strategy (Oxford University Press, 2006).