Was the Iran Deal a Victory For Realism? 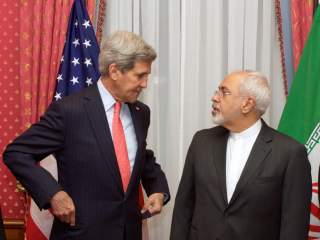 Although 2016 just started, it will clearly go down in history as the year that saw the lifting of international sanctions against Iran. What happens next, however, is still unclear in many ways. How much oil will Iran deliver? What will be the Iran deal’s effect on the U.S. presidential elections? Will the bloodshed in Syria stop? How heavily were American-Israeli relations damaged? Is it the beginning of the end for ISIS? Who won? Who lost?

Among all these significant questions there is another, no less important: Does the Iran deal represent a change in American foreign policy thinking? Or, in other words, was this deal a mere flash of foreign policy realism after several decades of ideological dominance, or is a major change under way?

This debate was well represented in other Western countries and, later on, even in the young Soviet state. But in the United States, because of the origin and nature of the republic, this polemic began earlier on and was essential to foreign policy. During recent decades, it seemed that the viewpoint advocating the priority of democratic ideals and the need to support and spread them globally was dominant. American policy towards Iran was a case in point: after the Bush presidency’s “Axis of Evil,” President Obama continued to criticize the regime in Tehran, even after the Iran deal was reached. Of course, President Obama is as entitled to criticize or oppose a regime as any American president or, for that matter, any other head of state. But trouble arises when the United States needs to get a deal with that regime or, inversely, when the United States makes deals with a state that Washington accuses of terrorism and vows to oppose.

In these situations the United States either unnecessarily pokes a regime whose cooperation is essential to American foreign policy goals, or else it indulges in harmful, empty, bellicose rhetoric. In the latter case, the damage to public opinion is obvious, portraying Washington as either powerless or hypocritical. Iran policy therefore exemplifies a bigger problem for American diplomacy: how to balance narrow foreign policy goals with the idealistic rhetoric on which this policy is based? One can look at either Obama’s 2010 State of the Union address or the National Security Strategy of 2015 to be certain that under his administration the United States still sees itself as the chief power to “insist that governments uphold their human rights obligations, to speak out against repression wherever it occurs, and to work to prevent, and, if necessary, to respond to mass atrocities.” But policies based on this view are implemented not in a vacuum but within the whole framework of international relations, which are becoming more complicated with every year.

The post-sanctions environment is a good illustration of the problem. The United States can stick to its principles and policy to oppose Iran, but what will it do when American allies—Canada, France, Germany, the United Kingdom, Italy, and other members of the European Union and NATO—expand their cooperation with the Islamic Republic? What makes the situation even more complicated is the fact that billions of dollars are at stake. Iran is a significant regional power which can gain strength from these partnerships. And it does not appear that the Europeans will back down from their projects in Iran. What will Washington do in this situation? It is already obvious that the Europeans, by avoiding harsh anti-Iran rhetoric when it does not serve any foreign policy goal, are at least retaining room to maneuver. Sure, France took a hard line against Iran when the current deal was being negotiated. But after the agreement was reached and implemented, President Rouhani was welcomed in Paris and French companies are excited by the prospect of improved cooperation with Iran.

The other factor to be considered while analyzing the Iranian conundrum is the region where it is happening: the Middle East, a place that has been significant for decades in both American foreign policy and international security generally. Many serious American foreign policy thinkers have been arguing for some time that the United States should turn to offshore balancing, especially in the Middle East. It is no surprise that after years of war in Iraq, with its exorbitant costs and all the American lives lost, offshore balancing looks appealing. Nonetheless, for this strategy to be successful, America needs to rely on regional powers, which is impossible in today’s Middle East without, if not cooperating, at least dealing with Iran. At this point, official Washington concedes that the latter is possible, and it sees the talks over the war in Syria as a testing ground for further engagement with Iran. Still, it is very difficult to engage with a country whose people are called “enemies” by Obama’s former secretary of state and a presidential candidate with very significant chances to become the next president.

There is also the problem of balancing with other regional powers. The full consequences of the Iran deal for U.S. relations with Israel and Saudi Arabia have yet to be seen. And while talks concerning increased American assistance to Israel are finalized, allowing us to predict gradual improvement in U.S.-Israeli relations, there is much less clarity on how the Saudis will react, considering the fierce religious nature of their confrontation with Iran.

Several leaders in American diplomacy, including John Kerry, have famously repeated the charge that Russia conducts its foreign policy in a nineteenth-century fashion when the world needs twenty-first-century diplomacy. But, in today’s Middle East, it is hard to avoid applying the nineteenth-century style of foreign policy—the presence of a multitude of influential players with diverse, yet partly overlapping interests; strong nationalist and religious sentiments; the constant danger of devastating wars; and other factors call for complex, multidimensional, careful and well thought-out diplomatic moves. The question is how much space remains under these circumstances for idealistic grandstanding and pretending to take the higher moral ground, not to mention a policy of democracy promotion and humanitarian interventionism.

The Obama administration has less than a year left to answer this question—or to avoid answering it. After all, with foreign policy already playing a significant role in the presidential campaign, the White House would hardly give Republicans more opportunities to criticize Democrats by further engaging with Iran. That is why it would be too bold to predict that the Iran deal will increase the amount of realism in American foreign policy. More likely, it will become a deviation that ultimately confirms the dominance of idealism.

At the same time, given the limits of American resources, it will be harder to implement prescriptions of idealism in foreign policy. On one hand, with so many challenges to democracy and human rights globally, it is just impossible for one nation, even the United States, to successfully handle all these challenges. On the other hand, U.S. involvement abroad often invites idealist critiques, demanding that Washington be held to a higher moral standard. There will always be enough foreign diplomats, journalists, human rights activists and even scholars able, according to one academic study, to expose “the organized hypocrisy underlying countries’ self-declared ethical turn” or even to prove that, citing another, “China relative to the United States transfers greater amounts of arms to democracies rather than autocracies, whereas the United States seems to prefer more autocratic regimes, despite rhetoric that claims an ethical foreign policy. The same result holds when we assess this relationship using human rights data.”

Given these constraints, the nuclear deal with Iran offers America a chance to boldly return to reality. The question is whether U.S. leaders will accept the offer.