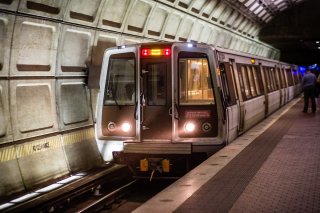 Sharp declines in ridership and revenue have forced some of the country’s largest transportation systems to cut services as federal government funding from past coronavirus relief packages has dried up.

People haven’t been regularly commuting on public transit systems since the start of the pandemic due to offices transitioning to remote work and general social-distancing efforts, creating a massive drop in revenue and a dire need for more financial assistance.

Washington Metropolitan Area Transit Authority’s (WMATA) Metrorail ridership has plummeted roughly 90 percent, with an average daily ridership of 77,000 people in 2021. While Metro ridership has slowly decreased over the last decade, it did jump in 2019 to 626,000 average daily riders before it experienced its largest decline in 2020 due to the pandemic, with only 177,000 average daily riders, according to Metro data. The lack of riders brewed significant drops in revenue. WMATA’s proposed budget for fiscal year 2022 notes it may have to close up to twenty-two stations next year and cut some bus routes if additional federal funding is not provided.

“Like the airlines, public transit systems have a massive investment in facilities and capital equipment as well as big payrolls, and the collapse in fare revenue has hurt them every bit as much as the drop in air traffic has hurt the airlines. One response is to cut service . . . but these steps reduce the attractiveness of transit, further compounding the falling ridership problem. As a result, like support for the airlines, federal support to tide transit systems over until ridership rebounds is crucial, and Biden's stimulus package contains such funds,” Jan Brueckner, an economics professor at the University of California Irvine, said.

WMATA also proposed the Metro would operate trains every thirty minutes on all lines with the exception of one of them, which would run every fifteen minutes. Metrorail would also shut down two hours earlier.

The reduced services could become effective on Jan. 1, 2022, if the proposal is backed by Metro’s board of directors.

“In the case of DC, the Metro system is one of the country’s best, and it would be [a] shame if permanent station closures limited the size and attractiveness of the system,” Brueckner said.

Once more people get vaccinated, however, Metro officials anticipate that WMATA ridership will increase, especially when people return to work.

Other public transit systems in the United States have also faced jabbing financial blows and are in need of immediate aid from the federal government.

The Metropolitan Transit Authority (MTA) in New York saw a 90 percent decline in subway ridership last March when the pandemic first struck the country and has only recovered roughly 33 percent of what it was prior to the coronavirus crisis. The drop in subway riders has produced a wide budget shortfall, with the MTA depending on the $4 billion allocated to the agency through a relief payment from the federal government, as well as $3 billion worth of short-term loans. The funds, however, are expected to grow scarce due to deep investments in sanitization and worker protections.

MTA will require an additional $8 billion by 2024 to avoid drastic cuts in services and layoffs.

Seattle area’s Sound Transit faces the burden of an $11.5 billion budget shortfall, which is largely due to the $6 billion decline in tax revenue because of the economic downturn triggered by the coronavirus.

“The financial crisis for transit we see now reflects several decades-long policies and funding strategies that have made public transit vulnerable to financial problems,” Kate Lowe, an associate professor of urban planning and public policy at the University of Illinois at Chicago, said.

“The federal funding included in the relief bill just passed in the Senate would provide critical funding for transit systems across the country,” Lowe said. “Systems across the country have seen massive budget shortfalls from both fare revenue and other public sources that have dried up. Even as ridership and revenue have dropped, we still see millions of essential workers depending on transit for work and other necessities.”

In March 2020, the CARES Act pumped $25 billion into the transit industry, which was followed by an additional $14 billion in emergency funding allocated in the Coronavirus Response and Relief Supplemental Appropriations Act of 2021.

Is the DC Metro Destined for Death?