Is Washington Prepared for an Iran Nuclear Deal? 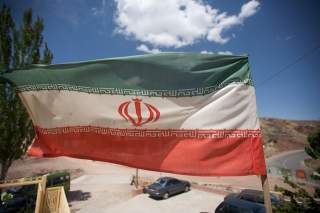 By the time U.S. and Iranian negotiators meet again in May, we may be just two months away from a potential resolution to the decade-long nuclear dispute. While the toughest issues remain on the horizon, many (including none other than David Petraeus) have sounded a note of confidence that there will be a final agreement by July 20.

If so, we better prepare for what happens after a deal. As difficult as these negotiations have been and will continue to be in the weeks ahead, things will not get any easier when the parties return home to sell a final agreement to their respective hardliners.

Here in the United States, the ‘sell’ will be doubly difficult, as it is not just the rhetorical angst of the Iran-hawks on Capitol Hill that will need to be countered, but also the series of laws enacted by Congress that limit the President’s power to provide Iran necessary sanctions relief for a deal.

According to the Joint Plan of Action agreed to in November, the P5+1 will begin lifting all nuclear-related sanctions in a final deal in return for strict limits on Iran’s nuclear program. However, under U.S. law, the President only has discretion to issue time-limited waivers for the sanctions and little power to actually lift the sanctions altogether.

Without an act of Congress, the President will have to issue a waiver every four-to-six months in order to provide sanctions relief—providing opponents of a deal a regular schedule of opportunities to re-litigate the merits of a deal and sabotage the agreement. While this juggling-act might be sustainable so long as President Obama resides in office, his successor’s willingness to do so is far from certain. Would anybody expect a President Ted Cruz to continue issuing Iran sanctions waivers?

This kind of uncertainty means that U.S. negotiators have less to offer Iran and can thus demand less in return, leading to a weaker deal that will be criticized by hardliners who will bemoan their side’s limited gains and inflate the concessions their negotiators granted.

Furthermore, limiting the President’s power to terminate the sanctions jeopardizes U.S. compliance with a final agreement and, in turn, undermines the United States’ ability to secure Iran’s sustained adherence. If there are questions about U.S. ability to implement sanctions relief under a final deal, Iran will act as any rational actor and hedge its bets. And once both sides start to play this game, the nuclear deal that the parties have worked so hard to forge will erode as the mistrust that has long plagued U.S.-Iranian relations reasserts itself.

U.S. and Iranian negotiators have sought to structure a final deal in such a way as to mitigate the mistrust as far as feasible, which is why a final deal will involve a “reciprocal, step-by-step process”—where a schedule outlines the timeline by which the P5+1 will lift nuclear-related sanctions in return for Iran’s verifiable implementation of limits on its nuclear program.

In order to secure the strongest limits on Iran’s nuclear program and ensure Iran’s sustained compliance, Congress should provide the President with the requisite authorities to lift all nuclear-related sanctions based on this schedule, so long as Iran upholds its own commitments under the deal.

This would balance two competing demands: Presidential flexibility and Congressional oversight. The President would have the flexibility to meet U.S. obligations to trade-in sanctions relief for Iranian nuclear concessions, and Congress would be well situated to take action should Iran be found in material breach of the agreement.

No other solution is so well suited to satisfy inter-branch competition, all the while addressing the ultimate goal: Iran as a non-nuclear-weapon state.

The Politics of Sanctions Relief

For some, the prospect of involving Congress in a final nuclear deal with Iran is an unsavory one. They are reminded that some in the Senate offered a bill, S.1881, which would have violated the interim nuclear deal by imposing new sanctions. While supporters of the measure claimed it would only be triggered by an Iranian violation of the preliminary deal, this was false. A Republican staffer later admitted that the certification requirements embedded in the bill would have led to sanctions being implemented—killing the deal.

However, Congress is likely to take action one way or another if a final deal is inked. Those who prefer a diplomatic agreement to military conflict must take the driver’s seat and prepare for success. A legislative vehicle that delegates necessary authority to the President to implement a deal, while retaining a legitimate oversight role for Congress, has all the merits of a successful political compromise that advances global nonproliferation goals.