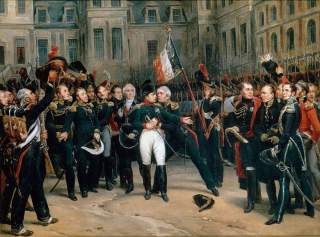 Image: Wikimedia Commons/Public Domain (Napoleon's farewell to the Imperial Guard in the Cheval-Blanc courtyard of the Palace of Fontainebleau by Antoine-Alphonse Montfort)