We Asked Anne-Marie Slaughter: What Should Be the Purpose of American Power? 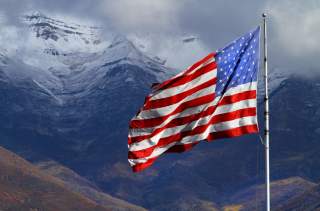 The purpose of American power is to advance American interests in the world. The real question, then, is how to define American interests. First are defensive interests: the protection of American territory and citizens and the safety and security of our allies. Second are the affirmative goals that we pursue in the world, which President Obama has identified as an open global economy, respect for universal human rights and a rule-governed international order. A world in which all human beings can trade and compete with one another openly and fairly; can think, speak, write and worship as they please; are free from both fear and want; and profit from the stability and predictability of an international as well as a domestic order is a world in which Americans can flourish.

Standing for such a world and working to promote it is not only an exercise of American power; it is a source of that power. It demonstrates that the credo of our founders—that all human beings are created equal and that all are entitled to life, liberty and the pursuit of happiness—is more than mere words. It is a set of values that binds together peoples from all over the globe. We must stand for those values in ways that do more good than harm, both for Americans and for those we would help. But we must also understand that we define our interests in moral as well as material terms, a definition that not only guides the use of our power but also augments the power we have available to use.

Anne-Marie Slaughter is president and CEO of New America.