We Asked Ferdinand Mount: What Should Be the Purpose of American Power? 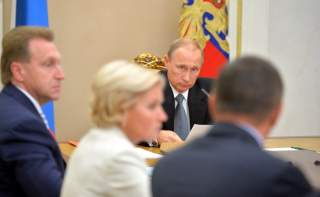 Almost every word of The National Interest’s question could itself be questioned:

Has the Cold War ever definitively ended? Vladimir Putin doesn’t seem to think so.

Is the world increasingly unstable? Large parts of it are enjoying a peace, a prosperity and even a democracy that they have never known (e.g., South America and large parts of Africa and South Asia, not to mention Western Europe and North America).

Is America’s preeminence really being challenged? Certainly not militarily, and declinist economic predictions are a recurring fashion, no sooner embraced than rebutted by the continuing vigor shown by the U.S. economy.

The purposes of American power are what they have always been. President Obama has been frugal with his interventions, though his passivity can be overestimated. Obama’s Drones Club is a long way from P. G. Wodehouse’s. But his quiet presidency does create a space for his successor to readjust American priorities and preferences. Some of the new directions already visible may well be continued, whoever wins the election: the tilt toward Iran, for example, and the opening to Cuba. But in dealing with Russia and the Islamic State, the world will expect a flintier America—and will probably get it. The flexible but sustained realpolitik that Henry Kissinger so much admired in the European statesmen in the years after Waterloo remains the best model. The separation of power into soft and hard and the deployment of both, side by side, were not invented by the present age.

Ferdinand Mount is the author, most recently, of The Tears of the Rajas (Simon & Schuster, 2015).