We Asked John Mearsheimer: What Should Be the Purpose of American Power? 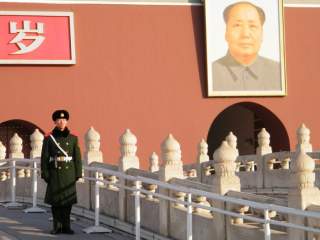 The purpose of American power is to keep the United States safe so its people can prosper economically and live in relative freedom. There is little agreement, however, on how to achieve that goal.

Since the Cold War ended, and especially since 9/11, the ruling elites in Washington have believed that the best way to protect the United States is to dominate the world and remake it in America’s image. They have relied upon military power and other forms of big-stick diplomacy to topple unfriendly governments and promote democracy. Thus, it is unsurprising that the United States has fought seven wars since 1989.

Unfortunately, this strategy has led to a string of disasters and is the main cause of the growing instability around the globe.

Take the greater Middle East. The George W. Bush administration initiated unsuccessful wars in Afghanistan and Iraq that cost many thousands of lives, destroyed the regional balance of power and helped create the Islamic State. The Obama administration has foolishly prolonged the war in Afghanistan and launched a war against the Islamic State that it cannot win. It also helped topple Muammar el-Qaddafi in Libya, which produced a failed state, and its policies have helped prolong Syria’s devastating civil war.

In Europe, Washington and its European allies precipitated a major crisis with Russia by trying to peel Ukraine away from Moscow’s orbit and make it a Western bulwark on Russia’s doorstep. The key ingredients of this boneheaded policy were NATO and EU expansion, coupled with democracy promotion, which effectively means installing pro-Western leaders in countries like Ukraine—and maybe even Russia itself. Not surprisingly, Russia has fiercely resisted the West’s efforts to win over Ukraine, which is now engulfed in a civil war.

Trying to dominate the globe and push democracy on other countries does not work, as the United States has proved over the past twenty-five years. It is also unnecessary. The United States—because of geography, its sheer power and its nuclear arsenal—is remarkably secure. There is no need to pursue global domination, much less try to manage the domestic politics of other countries.

Regional hegemons are dangerous to the United States, because dominating their own neighborhood would give them freedom to intervene elsewhere, just as the American military is free to roam the planet today. The great danger is that a distant hegemon would eventually start to meddle in the Western Hemisphere, which could present a serious threat to the United States.

Fortunately, there is no potential hegemon in Europe, but there is one in Asia: China. Accordingly, the principal purpose of American power should be to maintain U.S. dominance in the Western Hemisphere and prevent China from achieving regional hegemony in Asia.

John J. Mearsheimer is the R. Wendell Harrison Distinguished Service Professor of Political Science at the University of Chicago.